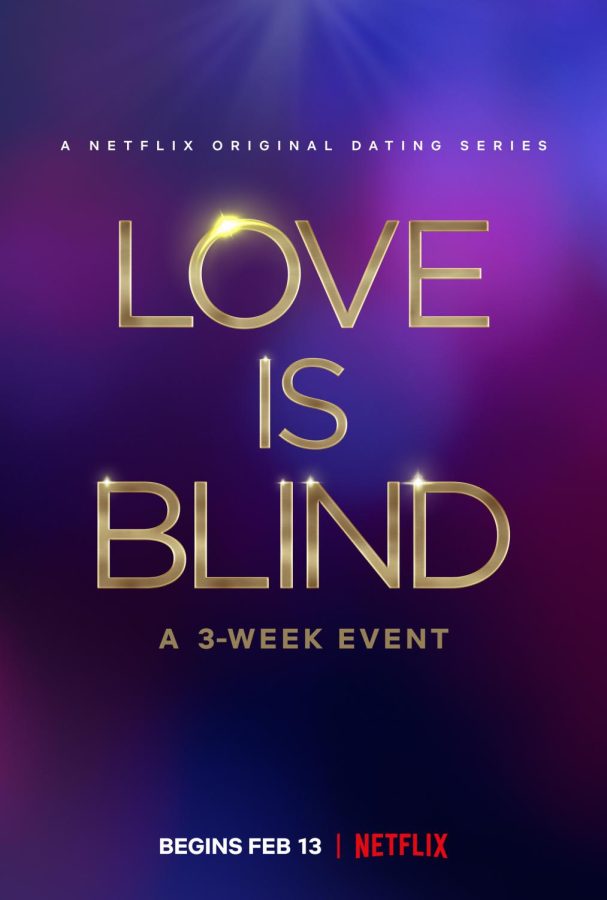 Used under Fair Use from Netflix

For most, marriage is a test of compatibility and longevity for a couple, built on the sturdy foundations of dating and living life together. But in 2020, Netflix decided to unravel this idea in their reality TV show “Love is Blind” (LiB), asking the million-dollar question: Can you love someone without seeing them?

LiB takes blind dating to the extreme. Initially, men and women are separated and are only allowed to talk to one another through walls. Contestants are then given a 40-day period to get engaged, go on a couple getaway vacation, and finally tie the knot. Although couples are allowed to share physical descriptions of themselves in the pods, they are unable to see their significant other until someone proposes.

LiB is one of the better recent Netflix releases. What sets the show apart from other shows such as “Tiger King” or “Too Hot to Handle” is that it focuses on a central theme. LiB uses the mentality of “‘personality over looks” to the extreme, pushing the limits of how couples will handle being in a relationship without the opportunity for physical attraction or intimacy. Seeing how real-life, ordinary people would react to such a severe situation and form bonds gave the show a unique aspect, allowing viewers to sympathize with contestants.

But LiB completely misses the mark in one aspect: aren’t actions supposed to speak louder than words? How is it possible to truly understand a contestant’s character by only hearing how they describe themselves, potentially omitting any negatives in their description?  In a way, it’s extremely deceptive because a contestant could hide behind a kind of sugar-coated mask and not share their real personality.

Contestants would be able to lie through their teeth about their values and beliefs to make themselves more attractive to the person behind the screen. Whereas someone’s actions demonstrate their immediate response to situations, their words are superficial and often unreliable.

Nevertheless, some people did come out of the show with wonderful new relationships. Many contestants who would never date outside of their ethnic circle were able to see past that and form amazing and wholesome bonds. The couples who lasted throughout the show and onwards have seen immediate success, with Instagram followings reaching over a million. In their situation, love truly was blind. They were able to genuinely show each other their personalities and who they were through the pods, and ultimately, find a happy marriage.

Overall, LiB is a funny and entertaining reality show. It may not have best execution, but the central theme is prominent enough to give the show true meaning. LiB is a must-watch for the quarantine season, and is one of the best 2020 Netflix releases.