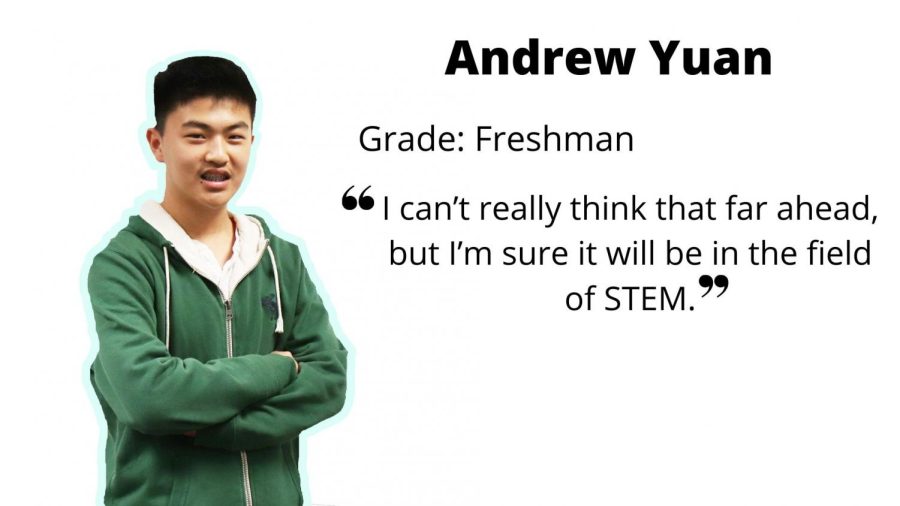 Freshman Andrew Yuan passes on his STEM passions to others

Freshman Andrew Yuan started developing an interest in math when his mother signed him up for Math Club at Dilworth. There, he realized that math could be fun and that he enjoyed solving problems.

Yuan’s mother also helped him get involved in other math activities such as Math Olympiad. Both of Yuan’s parents are software engineers, with degrees in scientific fields — his mother in geophysics and his father in geology and electrical engineering. In their encouragement and example Yuan thinks his parents helped spark his interest in science and math.

Though his parents helped him discover his passion for science and math activities, they did not force him to pursue them. Yuan’s interest in the subjects is genuine, and he often studies on his own simply for the joy of learning new information.

“I like math and science because I enjoy problem solving and learning in general,” Yuan said. “Math builds the base for science, where you can do more real world things, which I really enjoy.”

For the past two summers, Yuan has helped other youth like him discover their passions in science and math by teaching at a camp for middle-school students.  The summer camp was founded by Silicon Valley STEM 4 Youth, an organization that aims to inspire and teach young students about science, technology, engineering and mathematics in the hopes that they may pursue one of those fields.

“[The experience] helped me grow as a person in general, taking on new responsibilities,” Yuan said. “I’m usually on the receiving end of teaching or leading, so it was a valuable experience there. I love to teach and pass on knowledge I have gained. I find that the teacher you learn from makes a big difference.”

Yuan has developed his abilities to teach, help and lead others over many years. As a member of the Science Bowl team at Miller Middle School,  he contributed to the team placing second at regionals in 2018. The next year, in 2019, he led the team to first place at regionals and second place at National Finals as captain.

Currently, Yuan continues to study physics and complete practice problems. He has joined Lynbrook Science Club, Math Club and Science Olympiad. On Jan. 11, the Science Olympiad team attended their first invitational, where Yuan placed in two events — Fossils and Circuit Lab — earning points for his team. As a freshman, Yuan is already making contributions to the strong STEM performance at Lynbrook and wants to continue doing so in the future in all the ways he can, competing and leading.