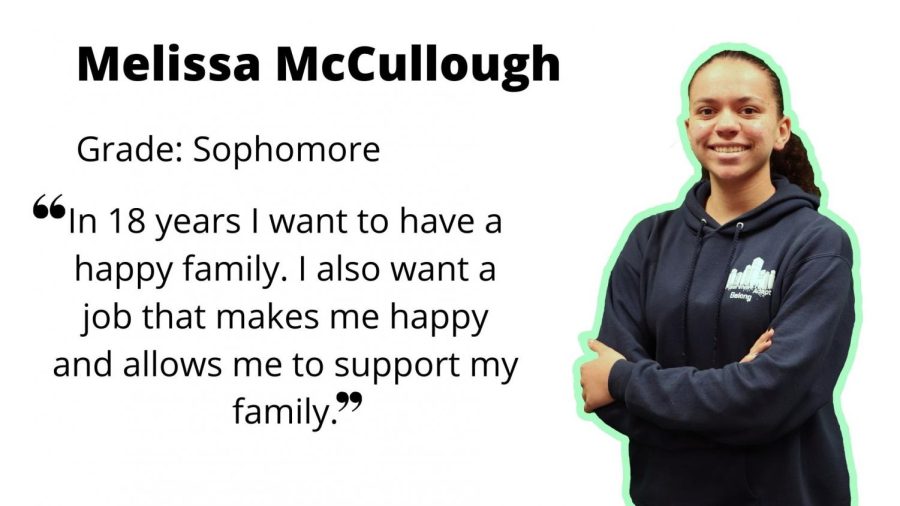 “Busy,” was sophomore Melissa McCullough’s reply when asked for a word to describe herself.

“I have a sport or another activity after school every single day, sometimes two or three,” McCullough said. “On top of that, I’m managing to keep my grades at a pretty good level and hang out with my friends as well.”

“I’ve made a lot of friends through both activities,” McCullough said. “They’re a lot of fun and help me get my mind off school.”

McCullough’s experience with ice hockey began earlier in life, when she was five, at a friend’s birthday party held at an ice rink. She fell in love with ice skating, and her parents gave her a choice between figure skating or ice hockey lessons.

“I grew up watching ice hockey, so I wanted to play,” McCullough said. “Once I did, it was the most fun I ever had.”

McCullough played on a girl’s team in San Jose, then got involved with her current team because she wanted to play ice hockey at a higher level. She describes the team dynamic as similar to her previous team’s, with the only difference being that she is playing with and against boys now.

“My experience on the team helped me build confidence,” McCullough said. “When I joined the team, I didn’t know who anyone was. Since then, I’ve made a lot of friends.”

McCullough also has a job at the ice rink she started skating at, where she teaches kids how to skate and hosts birthday parties.

“It’s really fun,” McCullough said. “I get a lot of benefits and discounts, but I also like working with kids and teaching them how to skate. It’s something I’m passionate about.”

The achievement McCullough is most pleased with is when her team won state championships for ice hockey. Her team placed second during their regular season and Northern California Championships, then went on to win first place at California State Championships in overtime.

McCullough is proud of her perseverance and commitment to all the activities she has taken on.

“Even when marching band or hockey isn’t fun, I still stick with it,” McCullough said. “At the end of the day, I know that I’m passionate about it, and I love it.”

Looking toward the future, McCullough hopes to become a section leader in marching band during her senior year and for her ice hockey club to play at Northern California or State Championships again. McCullough’s love for ice hockey is certain though: she hopes to play through college, either for her school or a club.