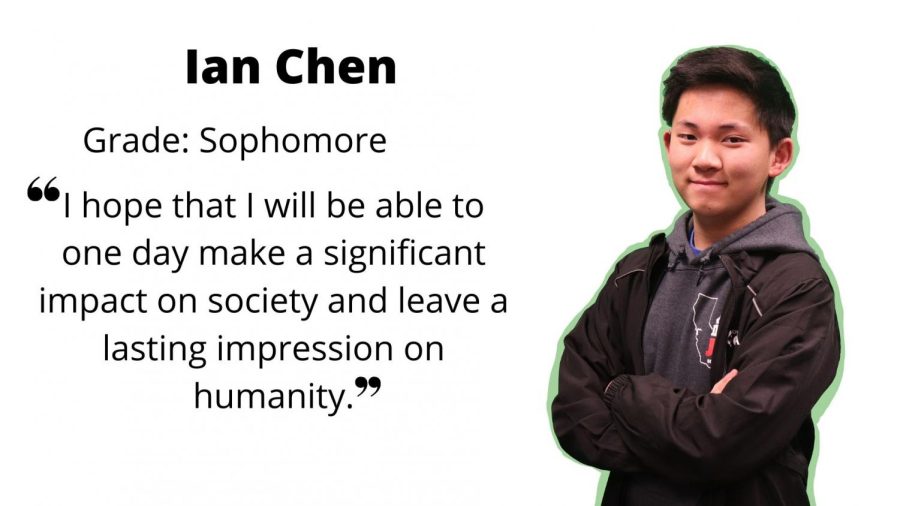 Sophomore Ian Chen grew up listening to National Public Radio’s “Planet Money” podcast. As he learned about topics ranging from Ronald Reagan’s involvement with unions to reasons why milk is placed in the back of grocery stores, he became increasingly captivated by how the world worked, fueling a lifetime of exploration and a fascination with economics.

“I was amazed by how one individual’s actions can affect the entire society,” Chen said. “I realized how economics is more than a science. It’s the perfect blend between math and the study of humans, and it’s also incredibly interesting to analyze how people interact with each other.”

In 2019, Chen co-founded the Youth Economics Initiative (YEI), an organization dedicated to promoting economics to high schools and middle schools across the country, with two other Bay Area high school students. In just six months, YEI has gained more than 450 members and established chapters at more than 10 schools throughout the country, including states such as Massachusetts and Illinois.

“There are so many STEM competitions — Science Bowl, American Mathematics Competitions and USA Computing Olympiads,” Chen said. “However, my team felt that there were not as many easily accessible opportunities for students interested in economics, so we wanted to create some.”

Their annual flagship event, EconBowl, will be hosted at Saratoga High School in April, allowing high school students to apply their economics knowledge to a competition consisting of a preliminary written round and a final quiz bowl round. The questions cover material from first year introductory college microeconomics and macroeconomics courses as well as current events and trivia.

Chen also founded Lynbrook Economics Club during the beginning of his sophomore year, hoping to provide a community for students to engage in competitions and explore the world of economics. Club members participate in the National Economics Challenge, Stanford Pre-Collegiate Economics Competition and [email protected] High School Investment Competition. Despite only being a sophomore, Chen took on the challenge of creating and passing a club head on, finding an officer team just as passionate and motivated as he was. The club was eventually passed during their first presentation to Legislative Council.

“There’s always that idea of ‘what if I’m not qualified enough to do this,’” Chen said. “But at the end of the day, even if you fail, it doesn’t matter since you learn from everything — even your failures.”

Outside of his involvement with economics, Chen has immersed himself in policy-focused activities as well, serving as the Director of Logistics and Treasurer for Lynbrook Model United Nations, Public Relations Officer and Treasurer for Lynbrook Junior State of America Foundation and a Legislative Council Representative. He also regularly volunteers with Lynbrook Music for Community at local elementary schools and senior centers and is a violinist for the San Jose Youth Symphony. To relax, Chen enjoys assembling Tamiya models of various automobiles.

While Chen has dreams of becoming the next Warren Buffet, an investor he admires because of his acumen and determination, he is not ruling out a career in another field.

“I just want to get to a place where I’ve made an impact,” Chen said. “Whether it’s continuing to change the outlook of economics for high school students or something else entirely, I just hope to leave my mark on the world.”