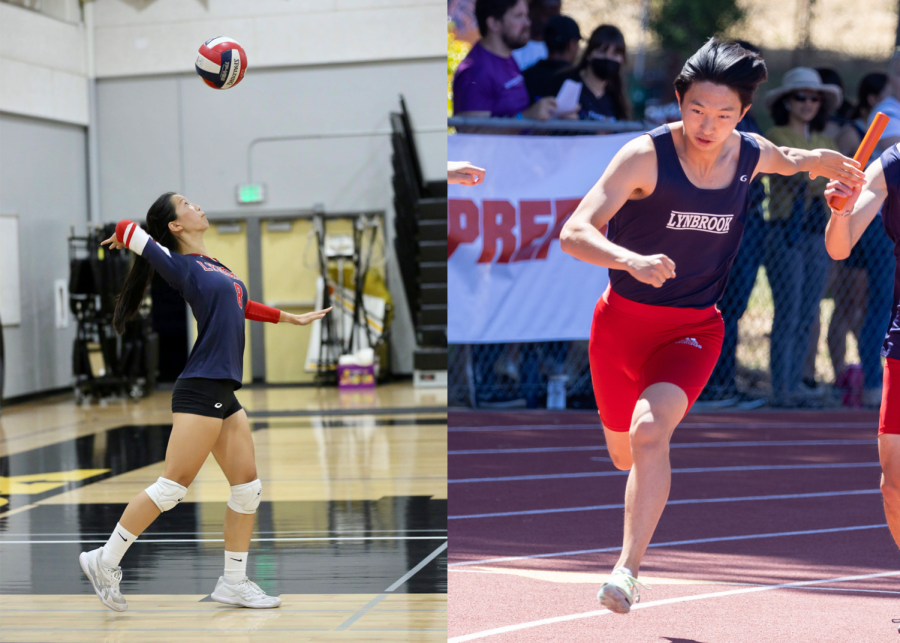 Used with permission from Ella Tao and Allen Wang

Seniors Ella Tao and Allen Wang have committed to the Puget Sound University and University of Chicago, respectively. 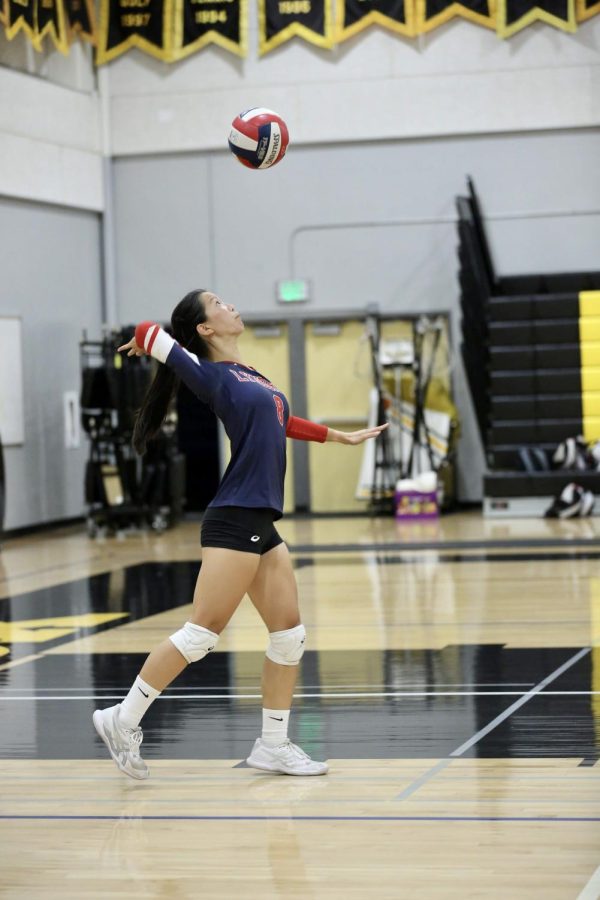 Used with permission from Ella Tao

Senior and girls varsity volleyball co-captain Ella Tao found her passion for volleyball at 10 years old when her father signed her up for her first volleyball lesson. Tao had been playing basketball and soccer for several years already but immediately fell in love with volleyball. Continuing her seven-year volleyball journey, Tao will be playing on the University of Puget Sound’s volleyball team as a defense specialist starting in 2023.

“I can’t imagine my life without volleyball,” Tao said. “There’s nothing in life that can replace the feeling of winning an intense match, or even just an intense rally. It’s the feeling of relief and exhaustion but also satisfaction and pride. So, being able to play volleyball in college is really exciting and gives me something to look forward to.”

Tao has always cherished the community her team formed through their common goals in the sport. Supportive teammates and fun practices motivated her to endure three-hour practices three times a week after school at City Beach Volleyball Club.

Volleyball is also Tao’s way of relieving stress, as it allows her to solely focus on her performance on the courts. Tao began to play competitively in eighth grade as an outside hitter and defense specialist. She traveled all across the nation with her teammates to compete in tournaments, which made the sport even more enjoyable.

“She’s definitely one of the most passionate and kindest teammates I’ve ever had,” junior and girls varsity volleyball co-captain Valerie Eng said. “She’s caring and considerate, and those qualities make her a great leader. She’s one of the most capable captains I’ve ever worked with.”

Despite all her efforts into training, her height has been one constant source of challenge for her.

“Hitters in the front row are normally really tall,” Tao said. “But, I was relatively short for my position.”

Since most of the front row hitters and blockers have higher reach to the ball, Tao faced difficulty finding ways to attack against blocks as a shorter hitter. With tips from her coaches and teammates, she developed strategies to overcome this challenge. She learned how to maneuver the ball around the block and control the amount of power when hitting. She also practiced placing the ball at different locations to perfect her cut shots skills, which is to hit the ball at a sharp angle.

“Cut shots are difficult for opponents to dig so they were really helpful,” Tao said. “With these shots, I was able to win more points for my team even though I was considered relatively short for a hitter.”

In March, she started to email college coaches to invite them to her tournaments and watch her games. The head coach from Puget Sound came to the Red Rock Rave tournament at Las Vegas where she was matched against a high-seeded team; her team had a lot of injured players at that time. She remained calm under pressure and performed well as she got a successful block, which is rare for shorter hitters. A few weeks after the tournament, she scheduled a video call with the coach to discuss Puget Sound’s volleyball programs. After visiting the campus to see their facilities and meet some of the players, she decided to play for Puget Sound because of sufficient support for the volleyball team and a great program for her major, communications.

“I’m proud of myself for being able to get recruited, no matter what division it is,” Tao said.

Aside from volleyball, Tao has always been interested in photography and journalism, as they allow her to express her creative side. Although Tao couldn’t entirely pursue these passions in high school due to her intense academics and sports schedules, she plans to study marketing or public relations management and graphic design in college.

“Volleyball is one of the only sports where all the players come together after each rally or point,” Tao said. “It just makes me feel so special to be part of such a welcoming and supportive community.”

Allen Wang commits to University of Chicago track and field 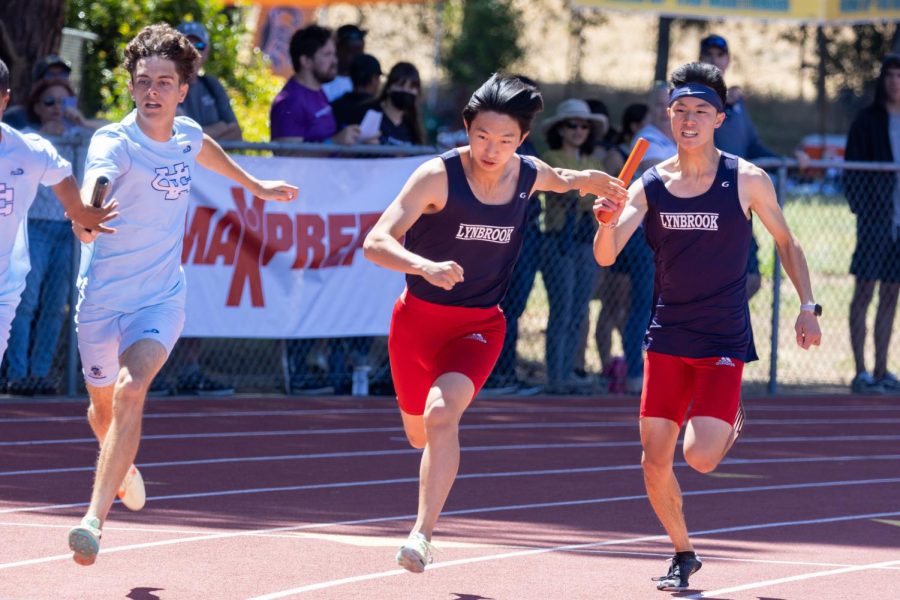 Used with permission from Allen Wang

Senior Allen Wang has committed to University of Chicago for track and field.

Senior Allen Wang committed to University of Chicago after devoting six years to track and field, with his personal record of 11.25 seconds in the 100-meter dash event.

“Running is a lot of pain,” Wang said. “But I love the experiences it gives me and the bonds it creates between my teammates and I.”

Wang did not initially prioritize track and field, as he started his track and field career simply to exercise and be with his friends, who were already on the team. However, in eighth grade, his school team was ranked No. 1 in Santa Clara County and No. 3 in the nation for the eighth grade 4×400 relay event. The stunning records he set in middle school with his teammates motivated him to continue his track and field career into high school. Although he did not put his training on the front burner in his freshman and sophomore years, he came on the scene and accelerated his performance starting his junior year.

In his sophomore year of high school, his 100-meter time was 12.2 seconds. Though he believed that the record was neither good nor bad, there were still 15 Lynbrook athletes who were faster than Wang; his fierce competitive spirit led to a new goal of becoming one of the fastest sprinters on the team.

“Allen is motivated and he always wants to be the best,” senior Evan Taylor said. “He wants to prove what he is capable of and always looks for the next step.”

As soon as the 2020-21 season ended, he channeled all of his effort into his improvement, weight training three times a week and running weekly morning hill sprints until his junior year season. At the end of his junior year, he set his current personal record of 11.25 seconds, dropping almost a whole second in his time.

“This shows how hard work pays off,” Wang said. “Dropping one second was the achievement that I’ve been the most proud of.”

Despite Wang’s improvements accomplished by endless dedication, he suffered various injuries before the 2021-22 season started. Sitting out for three weeks during off-season training due to back pain from excessive training, he still was unable to participate in in-season practices for another three weeks because of a groin strain.

“Those six weeks were mentally challenging,” Wang said. “I could see everyone training and improving while I had to sit out.”

This arduous obstacle that he overcame in one of the most important periods of his career allowed him to solidify faith in himself. Wang reminded himself several times of what he had already achieved prior to his injuries. He trusted that with his previous training and mindset, he could achieve much more. This motivation fueled Wang’s performance to accelerate — he set his personal record at his last home meet of the 2021-22 season, his favorite meet of his career. In that meet, many of his teammates also set their personal records. What Wang loves most about this sport are the memories and bonds it fosters — Wang still keeps in touch with teammates who have graduated and hopes to stay in touch with younger teammates after he graduates.

“The friends I have made at track and field are my second family,” Wang said. “I am so grateful to have them there to support me everyday.”

Although Wang is concerned about managing his balance between his academics and athletics in college, he is excited about his new beginning at University of Chicago. Wang plans to study business economics and computer science, as he wants to run his own business in the future. He will not pursue track and field after college, but will always continue running as one of his hobbies and for its enjoyment.

“The most important thing I learned from my track and field career is that, if you want something enough, you will make it happen,” Wang said. “This was what my coach had once said and it is true. I wanted to improve and I made it happen through the dedication and hard work that I put in.” 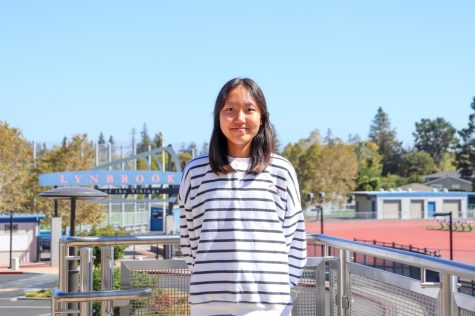 (she/her) Daeun is a junior and first-year staffer for the Epic. In her free time, she watches horror movies and true crime documentaries. Her hobbies... 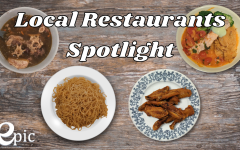 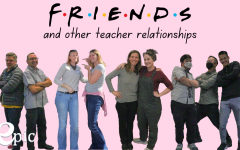 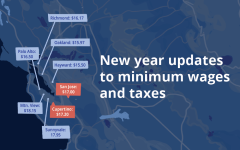 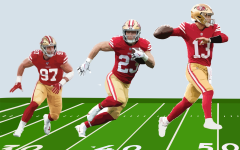 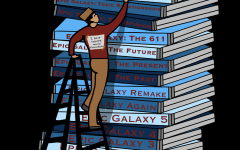 The pitfalls of sequels and spinoffs 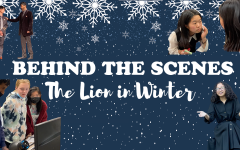 Behind the scenes: Studio 74 puts on “The Lion in Winter” play 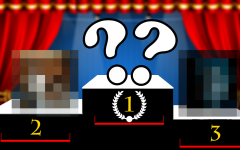 The Epic’s favorite albums of 2022 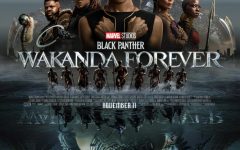 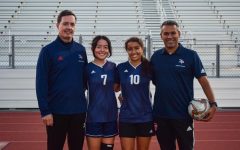 Father-daughter goals: Balancing coaching and parenting on the soccer field 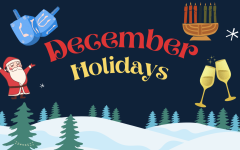 December holidays: A season of festivity