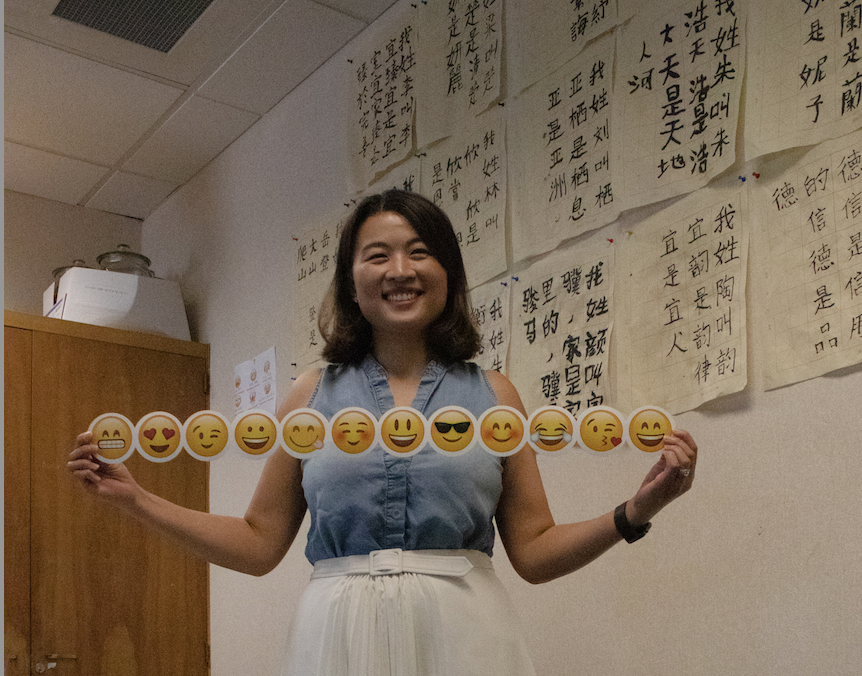 Zoey Liu found her passion for teaching in her gap year between her undergraduate and graduate studies. She is now expressing her passion about education at Lynbrook by teaching Chinese.

After graduating with a bachelor’s degree in English writing from DePauw University in Indiana she hoped to find a job  that she could fully dedicate herself to. As Liu had tutored many students during her time at university, she began teaching at Developing Virtue Secondary Boys’ School, a Buddhist private school in Ukiah to ascertain her true interests. Liu taught many subjects including math, science and Chinese to students of different grade levels there, and she faced the greatest challenge in Chinese class.

Students were often not actively engaged and tardy because Chinese was an elective course, which are thought to be less important than the main classes. Moreover, some students were reluctant to attend the class due to bad experiences with the previous teacher whose teaching style was more traditional.

“It did not seem to be as important as other classes to students so I needed to find other ways to engage them,” Liu said. “That is when I realized, ‘I want to get more professional training.’”

Motivated to create entertaining and engaging classes for students, she went to Stanford for her Master’s degree in education and credential teaching. Liu then taught full-time in Monta Vista High School for six years before coming to Lynbrook this year.

At Lynbrook, her passion to keep students motivated matches well with the students’ academic interests. Many students try to participate in class by answering questions and they are willing to contribute to building a better learning environment in the classroom. The whiteboard in her classroom is covered with motivational quotes written by students who volunteered to create a fun and positive class climate.

“It is amazing to see that students care, and they do want to make this environment inviting for everyone,” Liu said.

What she likes about teaching is that it brings out a hidden side of herself which she previously didn’t know existed. Despite her introverted personality, she finds herself compelled by the challenge of putting forward an extroverted persona to keep her students engaged.

“I’m actually a very introverted person, but in front of my students, I had to be very extroverted in order to engage them,” Liu said. “Sometimes I become an entertainer and sometimes I become a performer. These different sides of me surprised me and also made me feel very enthusiastic about teaching students.”

More than just a language teacher, Liu is also a linguaphile who enjoys learning new languages. She is currently taking language classes to learn Spanish and Japanese and she can speak four languages in total: Japanese, Chinese, Spanish and English.

Liu has two goals that she wants to achieve this year. One is to help students improve their Chinese skills and be prepared for next year’s more advanced Chinese class. The other is to relieve students’ anxieties through social and emotional learning, which she has integrated in daily lessons. She believes it is necessary for students to identify, express and manage their feelings, as they are often stressed from their parents and peers. At the beginning of each class, her students describe their emotions to each other in Chinese, practicing their Chinese vocabulary.

“I hope I can help them grow interests in learning Chinese so that they can eventually become lifelong learners outside the classroom,” Liu said.