The aftershocks from an act of terrorism can powerfully impact those not involved in the act itself, as fear rapidly spreads throughout the nation, causing people to turn against each other and doubt their security. A decade ago, terrorism would certainly instill unrest throughout the nation, leading citizens to take action and demand change; however as time passes, younger generations have become notably unresponsive to the increased prevalence of terrorism.

“Fear is the primary psychological weapon underlying acts of terrorism,” said Daniel Antonius, director of forensic psychiatry at the Jacobs School of Medicine and Biomedical Sciences, in an interview with CNN. “It is this fear, or the anticipation of future acts of terror, that can have serious effects on our behavior and minds.”

Terrorists strive to be constantly present in people’s consciousness, in the form of constant stress and uncertainty, according to terrorism expert John Horgan. This omnipresent sense of danger causes a loss of the ability to reason, alterations in temperament and motivation, a constant state of alertness and in extreme cases, serious psychological distress.

“Terrorism works because it is so efficient,” said Dr. Marilee Ruebsamen, a trauma psychologist. “Horrific acts on a small random scale have a huge effect because they carry a message that anyone could be next — terrorists’ power lies in their proven brutality and their unpredictability.”

Many individuals, particularly those born after 1995, however, are too young to understand or remember the panic and fear resulting from events such as the Columbine High School shooting and the 9/11 attacks. These individuals, more commonly referred to as Generation Z or post-millennials, have never known a world without weekly shootings and extremist attacks. Not only have these attacks become more frequent, they have become increasingly deadly; all but one of the nation’s five deadliest shootings have occurred in the past five years. This younger generation’s high tolerance for such acts is often translated to indifference.

“With 9/11, it was like ‘Oh my god, this is something so terrible that happened,’ but it was unprecedented,” said senior Malaika Khan. “It’s more common now, which is terrible to say, but it makes us more numb to it, especially because it doesn’t happen near us.”

Being exposed to frequent acts of terror starting at a young age results in desensitization, or these events being perceived as comparable to everyday occurrences. As a result, the thought of future acts of terror, which would ordinarily cause anxiety in other generations, does not have as strong of an effect on Generation Z.

From a biological perspective, humans are hardwired to be adverse to change and danger; natural instinct encourage individuals to remain removed from potentially dangerous situations. As a result, the human brain will accept the most convenient facts as truth, as acknowledging that terrorism exists instills insecurity and panic, feelings the human mind does not want to face. By convincing themselves that they are safe, the individuals who have yet to be affected are lulled into a sense of security, a subconscious inductive fallacy in which people believe that since they have not been directly affected by terrorism, it is unlikely they ever will. In this way, fear prevents people from taking action against terrorism.

“Sometimes such desensitization can happen intentionally (though maybe subconsciously), if we can convince ourselves (or others) that something is not in fact as scary or important as it really is,” said Dr. Sara Hyatt, a clinical psychologist. “Again, this is usually another coping and defense mechanism, because if we allowed ourselves to really feel how frightening it really is, it would be too overwhelming. If we can downplay something, criticize it, belittle it, joke about it… we can lighten it to the point that it loses its power and its ability to create fear in us. At least for the time being. We do this individually, as well as culturally as groups.”

Sensationalization of terrorism by the media has a similar effect, causing people to lose trust in the media’s job to accurately report terrorism for what it is, and adversely leading to increasing disregard for terrorism as a threat. On the other hand, the government often use media as a means of reassuring the public that actions are being taken to prevent future acts of terror. The belief that there is already a solution to the problem lulls people into a sense of security. As they believe that the government is already taking action, individuals cease pushing for for reform, thus hindering further progress.

“I guess once it stops being so prominent in news, that’s when I start feeling a little more safe,” said sophomore Natalie Semersky. “I think the other thing is that attacks happen so often now that you don’t really have the time before something like that happens again, so when people stop talking about it, the feeling of safety returns.”

Publically, people grieve for and honor the deceased on social media; however, the abundance of such posts acts against anti-terrorist action. Although believed to be a kind gesture, these actions do little to prevent those who intend harm from taking action, being more of a comfort to those who create posts on social media than those actually involved in the incident.

“I’m not one to believe in all those Pray for this, Pray for that kind of thing but I guess the one thing that it does help is spreading around how you should not have to live in fear,” said senior Surya Auroprem. “But at the same time, the posts on social media tend to spread the fear of terrorist attacks.”

Additionally, people often use terrorist attacks to justify their political or religious beliefs. While discourse about necessary action is undeniably important, the politicization of these acts of terror makes individuals detached from the reality of the situation and leaves them with only a surface-level understanding of the event. Discussions, especially in heated social media arguments, primarily revolve around proving people on the opposite side of the political spectrum wrong.

“In the direct aftermath, when all of us are reeling, however momentarily, humans are at their most emotional,” said Dr. Sally Broder, President-Elect of the Santa Clara County Psychological Association. “This emotion can be the catalyst for a person to want to take positive action and do something (run for office, call their representative), or conversely we can see the very worst come out in people at these times. On social media, sometimes people just snap and say things they would never otherwise say, throwing caution to the wind. When a person takes a position in the aftermath of a terrorist attack (all Muslims must leave the country, etc) they open themselves up to attack from a person with an opposing view, and in a heightened emotional state, damage can be done.”

A 2016 study conducted at the University of Nebraska-Lincoln found that the combination of uncertainty and threat makes people, especially conservatives, less willing to compromise. To reduce negative emotions in the direct aftermath of an attack, many psychologists recommend that people wait for the emotional response to die down a bit before making major decisions about changes to make.

“A process of gathering and weighing the facts, the perspectives of others, the use of empathy, not being consumed by one’s own need entirely, being open to varied viewpoints, truly attempting to listen to others before feeling the need to convince them of your opinion can be very powerful and a responsibility we all need to take seriously,” said Dr. Diane Bridgeman.

While the weaponization of fear is primarily employed by terrorists to instill anxiety over a large population, the emotional impact of such acts of terror is fading with each event among post-millenials due to the prevalence of terrorism. Many of these post-millenials, however, are often the ones expressing their condolences as well as engaging in politically charged debates via social media. Ultimately, panic and unrest, as well as detached sympathy and heated discussions, are all common responses to an act of terror. Due to the divisive nature of these events, it is all the more important that citizens react rationally. 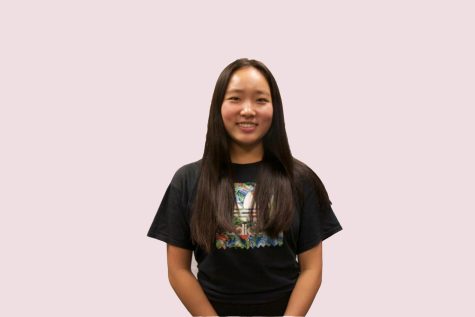 Chelsea Li is one of the content editors for the Epic this year! She has been on staff since her sophomore year, and it has been a huge part of her... 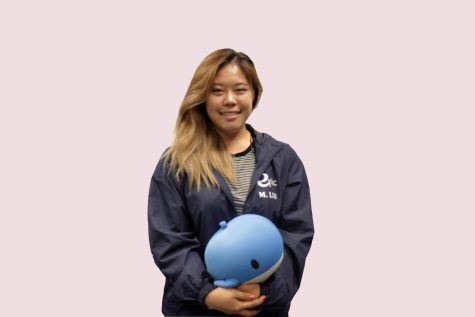 Michyla Lin is the Design Editor of the Epic. She's responsible for all the "aesthetics" of the paper and website, including drawings, graphics, layout... 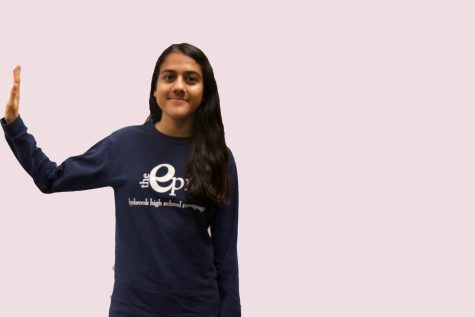