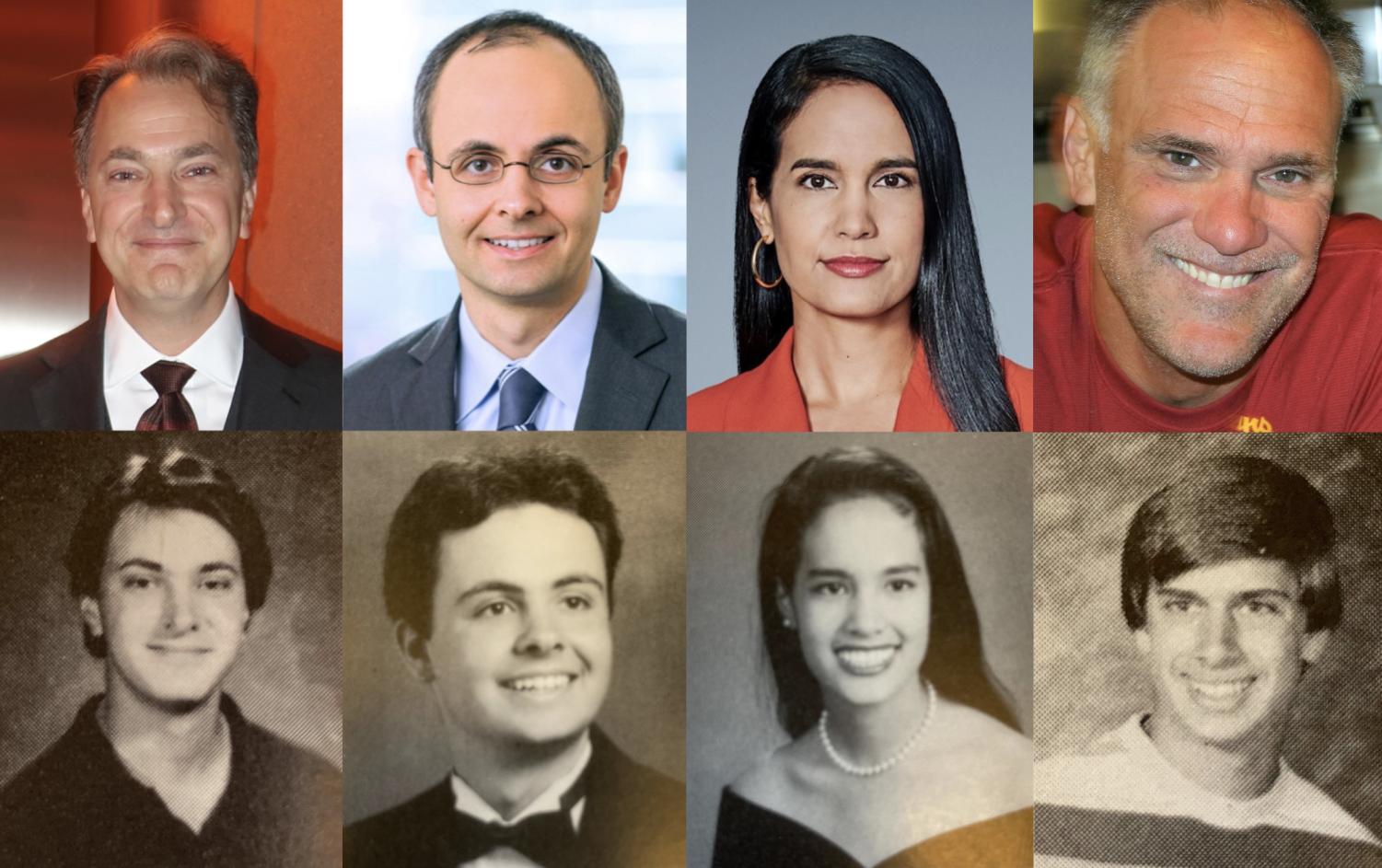 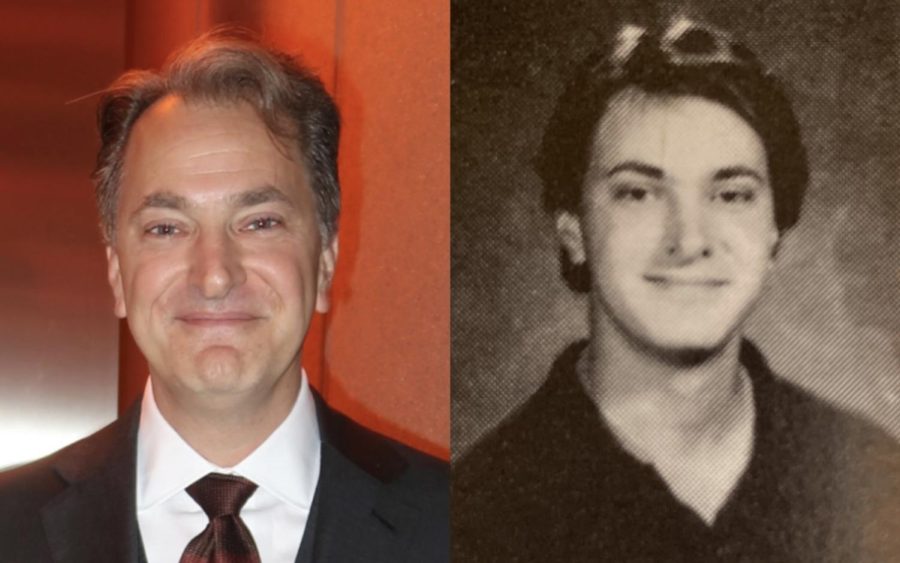 It started with a letter. After drafting a crude 10-page script of E.T., nine-year-old Kurt Kuenne mailed his childhood masterpiece to several literary agencies in Hollywood. To his surprise, one of them responded.

“My colleagues and I were very impressed with your spirit of sending this to us,” former Hollywood literary agent David Strom wrote. “I don’t think this will become a movie, but you should know that this isn’t the way scripts are written.”

For the next five years, Kuenne would send Strom an original script, and Strom would write back with comments and send a few pages of E.T.’s real script for Kuenne to compare. Kuenne soon picked up a camera, and the film hasn’t stopped rolling since.

Kuenne and his late childhood friend Andrew Bagby gained much inspiration for their homemade movies from watching sci-fi and adventure movies at Century theaters next to the Winchester Mystery House. With Kuenne behind the camera, Bagby starred as the captain of a spaceship or a fearless adventurer.

Besides his personal projects, Kuenne also brought his talent to school, making shorts in David Pugh’s Government and Politics class for group projects. Pugh loved them so much that he passed the VHS tape around to show other students and teachers.

“It was a breakthrough moment for me,” Kuenne said. “I would walk around campus during my senior year and people would say, ‘Dude, your movie was really good!’ That was the first time learning that people liked what I was doing.”

Kuenne’s filmmaking skills eventually made its way to the class adviser Barbara Wiseman, who tasked Kuenne with creating the senior video for his Class of 1991. After collecting hours of footage, Kuenne finished the video in time to premiere at Lynbrook Grad Night, where they played it in the cafeteria.

“People would come in there, sit on the beanbags, get sentimental, cry and watch my movie over and over again,” Kuenne said. “I remember going into that room, sitting in the back and watching everybody watch my movie. It was an early experience for me of what it was going to be like to watch my movies from the back of the theater with an audience.”

After graduating from Lynbrook, Kuenne attended De Anza College for two years before transferring to the University of Southern California’s School of Cinematic Arts, where he juggled between attending film classes and a film scoring program taught by Buddy Baker, renowned composer of several Disney soundtracks. After his graduation, Kuenne created his most popular documentaries, “Scrapbook” and “Drive-In Movie Memories,” a documentary that premiered at the 2001 Telluride Film Festival.

In 2001, Bagby was murdered after he broke up with Shirley Jane Turner. Shortly after being arrested as a suspect in Canada, Turner announced that she was pregnant with Bagby’s child, a boy she named Zachary. Kuenne decided to create “Dear Zachary: A letter to a son about his father” that would help Zachary get to know the father he’d never met.

“I’d shot all these movies with him as a kid, and I still have all the raw footage,” Kuenne said. “I had him being himself, and I had the most extensive document on film of his life.” 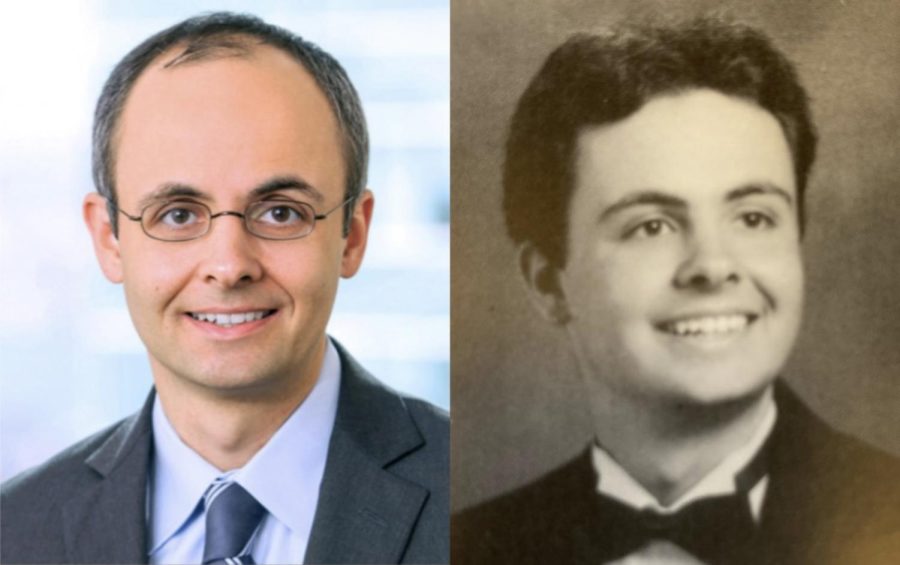 “It’s about doing things you enjoy,” Lynbrook class of 1995 alum Boris Bershteyn said. “What would you like to do? Who do you really want to be? What kind of people do you want to hang out with?”

Throughout his career as a lawyer and government official for the Obama administration, Bershteyn has always looked back at these three questions as the foundation for his success. As a first-generation immigrant, Lynbrook’s welcoming environment motivated Bershteyn to participate in every extracurricular activity related to public speaking and law: Mock Trial, Speech and Debate and even the Epic. Fond memories of Mock Trial coach and private attorney Mark Shem, national Speech and Debate tournaments with coach Shirley Keller-Firestone and late-night productions on the Epic paved the way to Bershteyn majoring in economics and political science at Stanford University and studying law at Yale University.

Bershteyn pursued his true passion as a lawyer when he landed a job at a private firm in New York.

After privately practicing law for several years, Bershteyn discovered the fun in government, serving as the Deputy General Counsel of the Office of Management and Budget from 2008 to 2010 under the Obama administration. He then joined the White House staff as Special Assistant to the President for a few months before returning to his former position in 2011 when the other General Counsel of OMB resigned. In 2012, President Obama delegated Bershteyn the responsibility of the Administrator of Office of Information and Regulatory Affairs, which oversees the myriad of bureaucracies within the federal government.

Despite the massive amount of work, managing and deciding budgets for the plethora of agencies in government, Bershteyn loved it.

“Although there are hard, long work hours and, in some cases, a lot of stress, I think all these jobs are fun,” Bershteyn said. “In the Obama administration, I loved all the people I worked with — and I feel the same about my law firm today.”

Advising clients and practicing law is a challenging task, but Bershteyn finds true passion and fun in working with different people and solving complicated problems. 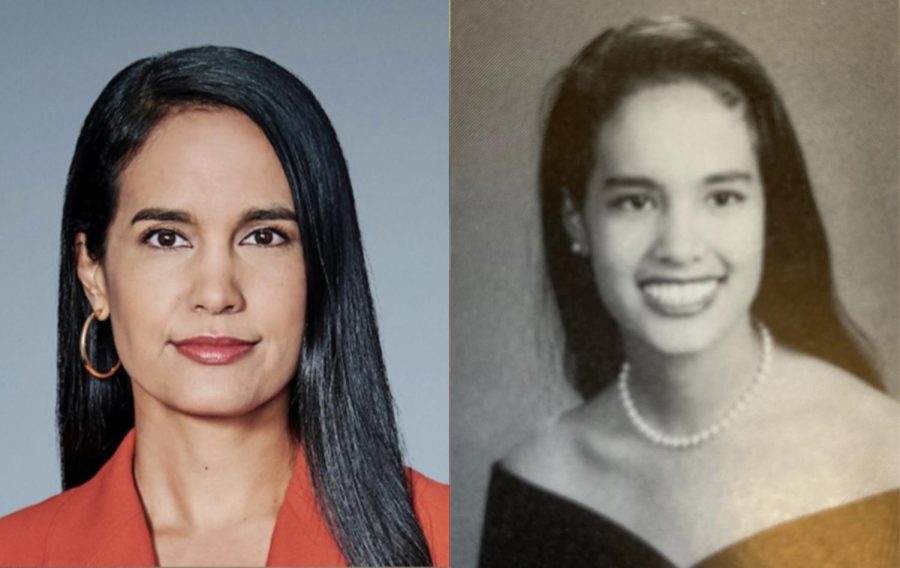 When people across the globe tune into CNN, a familiar face often appears on the screen. Award-winning news anchor and journalist Kristie Lu Stout has established herself as a fixture of CNN International over the past 20 years, appearing as an anchor for major stories and the host of several feature programs.

Growing up in the Bay Area as a Chinese American, Lu Stout’s diverse experiences helped shape her career in journalism. Lu Stout could understand but not speak Mandarin, so her parents enrolled her in an after school Chinese program at Miller Middle School.

“My Chinese may not have been as good as the other kids, but I always felt this desire to learn how to speak the language,” Lu Stout said. “I was motivated to better understand what it means to be Chinese.”

At Lynbrook, Lu Stout immersed herself in various extracurricular activities related to communications, including ASB and the Epic, but her favorite activity was Speech and Debate, and she attributes much of her success to coach Shirley Keller-Firestone.

“She trained me to be a competitive speaker, and that really gave me the skills and the confidence to do my work today as a broadcaster,” Lu Stout said.

After graduating from Lynbrook in 1992, Lu Stout studied psychology and communications at Stanford University. She then traveled to Beijing to take advanced Mandarin language courses at Tsinghua University, which opened her eyes to the burgeoning technology scene in China.

“I realized what an exciting place it was, full of change and opportunity,” Lu Stout said. “I went to China to prove my ‘Chinese-ness,’ but when I witnessed the dynamic change in mid-90s China, it made me want to return as a journalist.”

She reported on technology for Chinese media companies until 2001 when CNN hired Lu Stout because of her expertise in technology. Over the past two decades, she has hosted numerous tech programs and reported on major events in China, such as the Beijing Summer Olympics and the Trump-Xi Jinping summit. Lu Stout also hosts a program called “On China,” CNN’s first-ever regular series focused on the country.

Throughout her career as a journalist, the most important lesson Lu Stout has learned is the significance of keeping up with the ever-changing world.

“After university, you have to stay smart,” Lu Stout said. “10 years, 20 years, 30 years down the line, you have to always embrace new ways of thinking, new technologies and dare to experiment.” 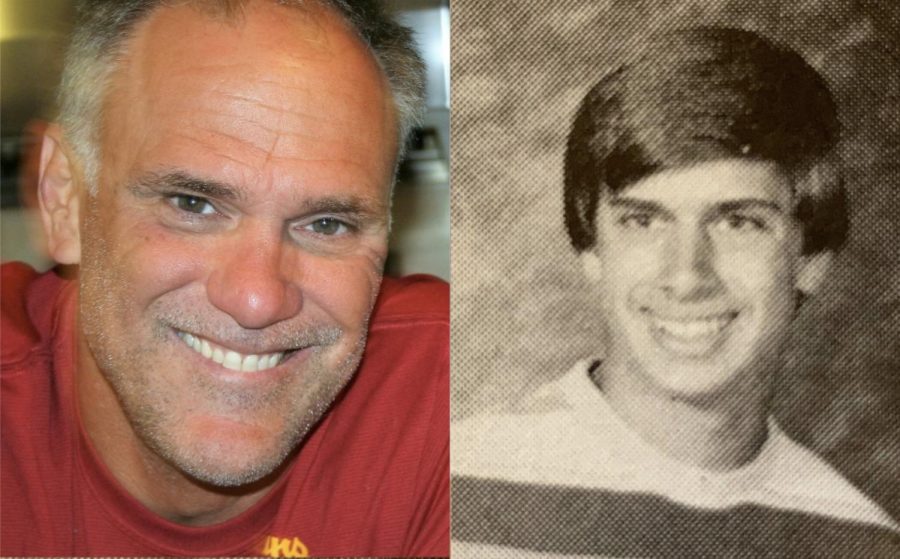 As an Olympic gold medalist, world-record breaker and national champion, Chris Cavanaugh has had a successful career at the highest level of elite swimming.

Born in South Florida, Cavanaugh’s journey to Olympic gold started when he was young. Even though both his parents were former swimmers, they encouraged him to explore several different sports besides swimming. In his sophomore year, Cavanaugh moved to San Jose to further his swimming career under coach Dick Blick at Lynbrook, with whom his mom competed in the Pan American Games. As a former Olympian himself, Blick was an experienced and dedicated coach, and Cavanaugh found training under him to be effective and enjoyable.

“He was really in touch with the athletes and the people on the team, so I had a great relationship with him then, and I still do now,” Cavanaugh said.

Although Cavanaugh was a new student, he spent many hours swimming with other Lynbrook students at the De Anza Swim Club, and he was quickly embraced within their group. At Lynbrook, he often hung out with fellow swimmers and water polo players at the “chlorine corner” in the quad. He credits his successes to the valuable relationships he fostered with his teammates.

“You may get up and race on your own, but you’re doing it for the team,” Cavanaugh said. “By showing up not just at meets but also at practices, you create a camaraderie you can never take away. Some of those guys are still my close friends, even if we don’t speak for years.”

At that time, Lynbrook dominated the other schools in aquatics as the second best program in the country. The swim team made the Central Coast Section Championships for all three years of Cavanaugh’s years at Lynbrook, and they won the championship in his junior year. In his senior year, Cavanaugh set a national record in all three of his events: 100 free, 200 free and 400 relay.

In 1980, Cavanaugh not only graduated from Lynbrook but also qualified for the 1980 Summer Olympics in Moscow. That same year, the U.S. led the famous boycott of the Games in protest against the Soviet invasion of Afghanistan, so Cavanaugh could not compete.

“The Olympics remains the best opportunity for swimming to show up and be noticed,” Cavanaugh said. “1980 was a very impactful time for many athletes because it might have been the only time they get to show up on the big stage, so I know it affected me and a lot of athletes.”

Despite missing this opportunity, Cavanaugh continued training and stayed motivated for the next four years. The hard work paid off, and he set a world record in the Men’s 4×100 Freestyle Relay at the 1984 Summer Olympics in Los Angeles, earning his team a gold medal.

As the No. 1 recruit out of high school, Cavanaugh chose to attend USC because of their strong water polo program. While Cavanaugh is dyslexic, he is especially talented in math and science, so he pursued a major in engineering. Afterward, he began a successful career in business.

Today, Cavanaugh serves in the House of Delegates of U.S. Swimming and is the president of Santa Clara Swim Club. Most notably, he enjoys coaching young swimmers and passing on his passion for swimming.

“To continue giving back to the sport that I love, I help the new coaching staff, and I help the new swimmers have an opportunity to grow like I did within the sport,” Cavanaugh said. 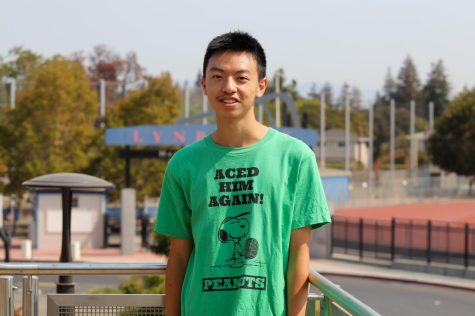 Elliu Huang is a senior and is looking forward to one last great year on staff. He hopes to continue counting sheep and practicing the art of weaving plastic,... 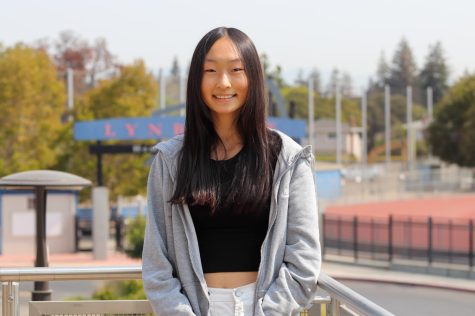 Catherine is a junior and a staffer for the Epic this year. Aside from journalism, she enjoys reading webtoons and picking up random hobbies. She also... 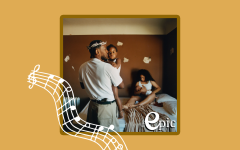 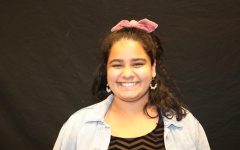 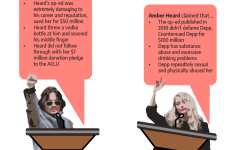 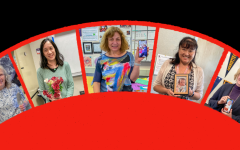 Onto the next chapter: Retiring staff reflect on their career journeys 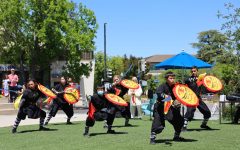 Celebrating diversity and solidarity at the AAPI Cultural Festival 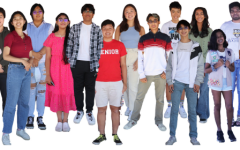 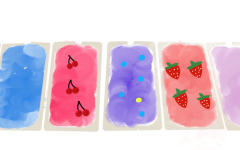 Scooping up gelato in the Bay Area 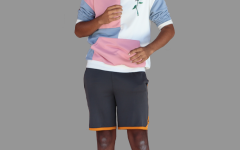 Standing out through stand-up comedy acts 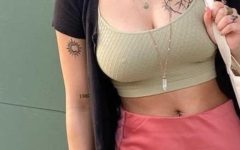 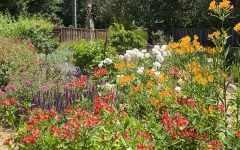