Embracing my ethnic name without shame 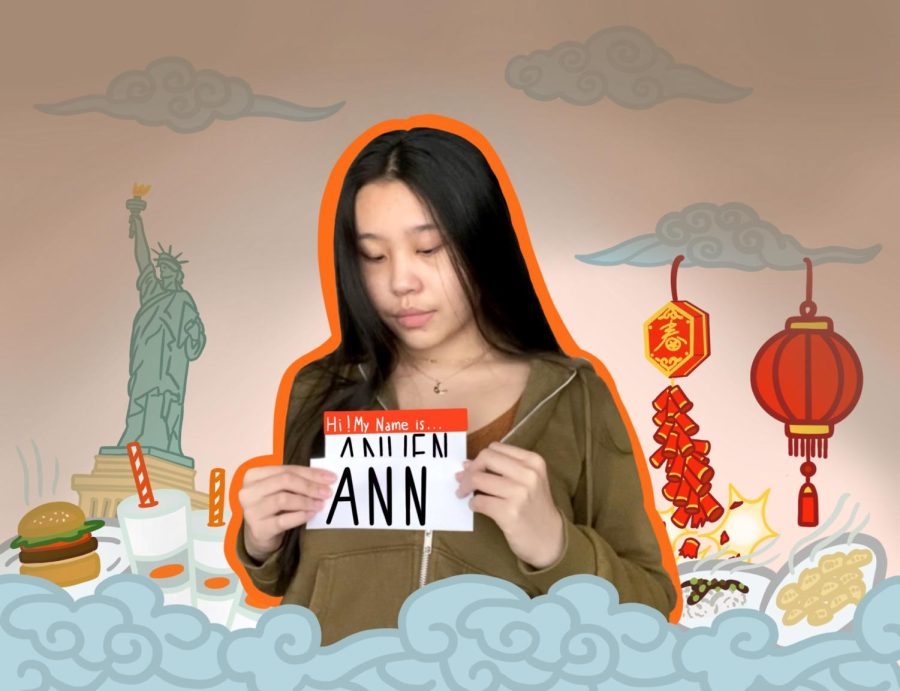 Growing up, I’ve always tried to cover up my ethnic name. It wasn’t until I began to appreciate and coincide with my Chinese culture that I began to embrace my name.

“Ann,” I say, as she hastily scribbles it onto a plastic cup.

But my name isn’t Ann, it’s Anwen. Yet I find myself assuming this identity almost every time I’m asked to offer my name in public. It’s a normalized part of my life — a life with an ethnic name. Only recently have I begun to realize that it isn’t normal to have a stockpile of fake names ready to go or to avoid correcting mispronunciations of your name. After almost seventeen years, I have finally begun to accept, and even love, my name.

Growing up, I detested my name. I didn’t understand why I had to live a life where no souvenir shop ever carried my name on keychains, where I was frequently referred to as “on-wen” and where I was constantly fielding questions and odd looks every time I introduced myself. I resented the many classroom icebreakers throughout my elementary school years, during which saying my name inevitably came with the “What was that?” and “How do you spell that?” questions.

“Why can’t I have a normal name?” I would ask my parents.

“Your name is unique and that’s what makes it beautiful,” they’d always reply.

My grandma always proudly explained how it was a clever play on my mom’s name and how, when pronounced in Chinese, was an elegant combination of both phonics and meaning.

But to me, my name was a chunky and awkward mesh of letters I’d much rather smooth out with a substitute. After all, I knew plenty of kids who went by a Western name. If Liqing could be Linn and Renqi could be Rob, why couldn’t Anwen be Ann? Looking back now, I see that I had it all wrong. My disdain for my name was reflective of something far greater than simply disliking how its syllables fell from my tongue. Instead, it was rooted in my inability to appreciate my Chinese heritage in the face of the American one I so desperately wanted instead.

When I went back to China in the summer of 2019, I found myself surrounded by the familiarity of a culture I had long glossed over. I heard the same, stinging phrases my mom scolded me with back home littered throughout the street, only this time they came from the sharp tongues of other mothers. I smelled the same comforting dishes I had enjoyed at restaurants near our house, only this time they were prepared by a chef half a world away from the local diner my family visited every few weeks. Despite being thousands of miles away from my physical home, I suddenly felt like I was at home.

It occurred to me that up until then, China was the only place where I felt comfortable in my true identity. There were no Anns, Amys, or Annabelles here — it was just me. In this place where my name “belonged,” I was proud to be Chinese and to have a name that distinctly marked me as such.

When I returned to the States, I stopped running from my identity and instead had a newfound appreciation for it. Next to my pile of European recipes I carved out a place for traditional Chinese ones. Chinese food became more than the repetitive flavors I tasted three times a day — it was now also the food of my ancestral home. The Chinese language, which I had always felt annoyed to learn, had a new tint of beauty to it. I could marvel at the grace of each character in a way I had never thought possible before. Although I regretted not studying it harder as a child, I took the opportunity to understand it better moving forward. In school, I was no longer afraid to introduce myself. If it took a few clarifications, so be it. I was proud of who I was.

I realized that my perception of my name had been blinded by years of wanting to be something I wasn’t. When I finally turned the other way, I saw the beauty in a world I had always run from. Ironically enough, it was this world, that I had always tried to let go of and smooth over, that made me feel most at home. My name is a reminder of this world, a charm of my heritage that I take wherever I go.

Now, when the Starbucks employee asks me for my name, I display my charm without shame. “Anwen” is the only thing they scribble on my Starbucks cups now.