Falling into the clutches of technology 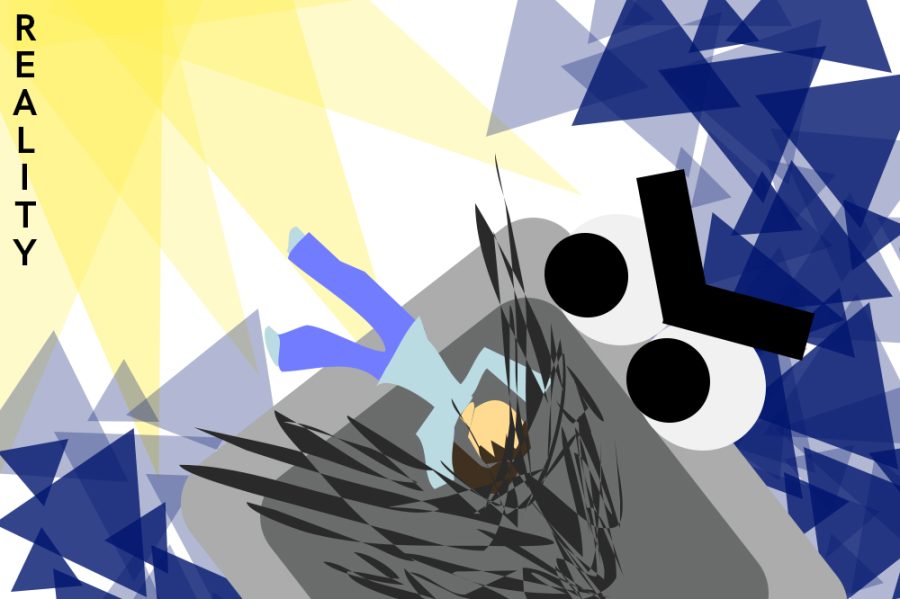 I’ve watched those around me and even myself fall for the addicting world of technology, but I’ve come to the realization that by letting myself get consumed by technology I was only neglecting those around me, and ultimately I don’t need technology to build solid, meaningful relationships.

I watch as my friend’s eyes grow glazed and distant as I realize that they are no longer listening to me. I hear their empty words as they reassure me that our friendship has not changed.

But something has changed. There is a new addiction developing, and I think it’s the most dangerous yet. It feeds into every part of life and infects even children. The worst part? Nobody seems to be aware of it. They don’t realize they are addicted, and sometimes, it feels like I am the only one who really knows.

They don’t look at me and they can’t hear me. They continue walking forward no matter how hard I try and stop them. Their eyes are completely glued to one thing — their phones.

Walking on campus throughout middle school and high school, I watched as friends sat in circles, scrolling through their phones instead of talking to each other. I’ve watched friends snap pictures of their food and post them for their hundreds or thousands of followers while blatantly ignoring the person in front of them. When did the acknowledgement of others become awkward and uncomfortable? These interactions have left me irritated and confused. Why can’t I have one conversation with someone that doesn’t involve some sort of device? Why can’t other people see what I am seeing?

It began in sixth grade. One of my good friends came running up to me, squealing as she proudly presented her brand new smartphone. My eyes widened as I took it in. Smartphones were slowly becoming popular and it was not uncommon to see people or even children with one. I was in awe; you could do so much on that tiny little device. It blew my mind.

Yet as time went on, she was on it constantly. I would try to talk to her, but she would be on her phone, not really listening. In fact, she would be talking —texting— to another person while I was right in front of her! At first, I thought it was a phase and that this kind of behavior would die down after a month. It didn’t. This continued every time I saw her: although I only saw her a couple times a month, it was still beyond irritating.

She acted as if I was unimportant — as if I weren’t interesting enough for her to care.

She had become a different person. Everything she talked to me about had to do with social media, and since I neither had a phone nor social media we suddenly didn’t have anything to talk about. I wouldn’t get her jokes or her references, and it felt like I had to offer some kind of drama to grab her attention for more than a minute. I was getting tired of trying to prove myself more interesting than her phone and I was getting tired of trying to act interested in whatever new social media trend she was talking about. It was as if we simply stopped clicking.

This experience made me bitter. It made me despise technology, but at the same time I couldn’t help but become curious. I hated these phones, but a part of me could not help but want one too. They say people feel a lot of FOMO (fear of missing out) when they use social media. I felt the same. Seeing everyone have fun chatting away on a phone made me feel like I was missing out. I remember talking to a friend and they described social media as “social currency.” Not having a phone made me feel like I couldn’t reach out and interact with my peers because we didn’t communicate using similar ways — like I was in a foreign country trying to communicate without knowing the language spoken there. I didn’t have any currency.

Finally, the day came, the day I got a smartphone. It was the summer before high school began. I made a promise to myself not to do what my friends had done to me, but it was soon forgotten. In only a few months I had completely immersed myself in the world of technology. I ditched books and started playing games, texting and even reading webcomics on my phone. It was always with me, and without it I felt like I had forgotten something. I was on my phone more around other people, and when waiting in line, that itching feeling of checking my phone would sneak up. It was these small changes that crept up on me.

It was not until about halfway through freshman year that I realized how addicted I had gotten to my phone. One day, my friend who didn’t have a smartphone and I started discussing social media and technology. I remember him telling me, “Imagine all your friends having phones and you not having one.”  It hit me hard, because I didn’t have to imagine — I just had to remember. At this moment I finally realized that I had begun to do what my friend from sixth grade did to me.

Coming to terms with my hypocrisy was a hard pill to swallow, but it was a good reminder that I needed to look away from my screen and take a look around me instead. I started becoming more conscious of my actions and made an effort to tuck my phone away while talking with others. Taking time to look up from my screen and look around me was like I was looking in from the outside again. Watching as people glued themselves to their devices and completely shut out the world around them — only this time I had a better understanding of what was happening, especially since I had experienced it myself.

Technology is not inherently good or entirely bad. It’s amazing that people can now talk to someone on the other side of the world and that even in the middle of a pandemic people are able to communicate. But people don’t always use technology in the best way. People have created an addicting world that sucks people in. People become so out of touch with reality and their surroundings that they have trouble holding a conversation with others face-to-face, and ignore the people right in front of them.

I get it. Change isn’t easy, and I still find it hard to pull myself away from the screen, but overly relying on technology doesn’t help anybody. I think one of the hardest parts of face-to-face interactions that people struggle with is silence, and the awkwardness that seems to follow. But silence doesn’t have to be awkward, it can be an opportunity to bring up a new topic, to ask a question and really get to know someone on a deeper, more human level.

So I encourage you and I challenge you to take your eyes off your screens for just a moment, and really take a good look around you.