A universal basic income is not a utopian solution 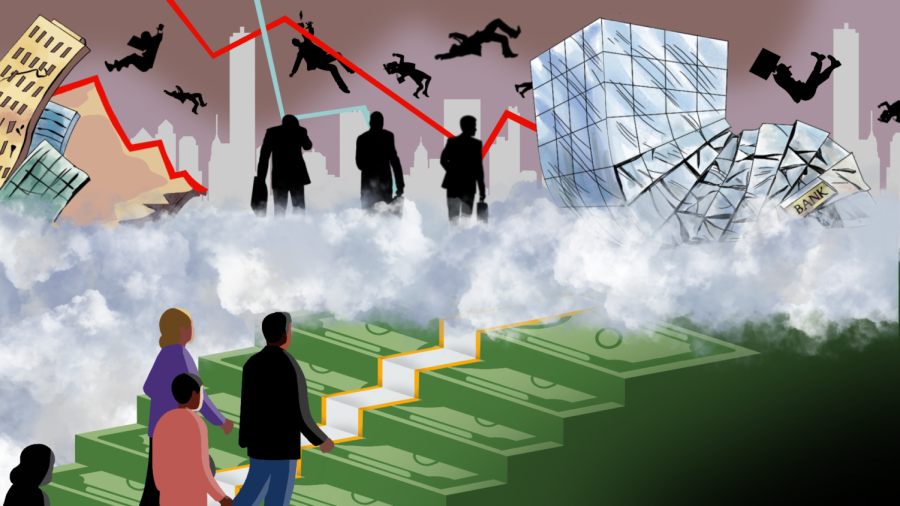 Despite its superficial glamour, a UBI is a misguided policy idea with devastating repercussions.

At first blush, the idea of a Universal Basic Income (UBI) may seem appealing in the abstract. After all, who doesn’t want free money? The premise of a UBI is to guarantee monthly payments to every American adult citizen — say, $1,000 per month. The policy has resurfaced and gained renewed popularity during Democratic politician Andrew Yang’s 2020 presidential campaign, in which he ambitiously espoused a $1,000 UBI as a “Freedom Dividend.” Despite resonating and gaining traction among Americans, the UBI is a flawed and largely untested scheme that would ultimately fail in delivering its utopian promise.

In truth, a UBI is a policy that manifests itself beautifully on paper, but crumbles to pieces upon contact with anything echoing reality.

Widening income disparity, stagnant median income growth and the rise of automation, globalization and technological innovation have propelled the notion of a UBI across the political landscape. Yang had made the UBI the cornerstone of his campaign, believing that it would redistribute wealth and create a financial safety net for all Americans. However, the policy is poorly designed starting from its very objective of redistributing income. By dispensing the same sum of money to all recipients, regardless of wealth, the financially vulnerable receive the same monthly handouts as middle and upper class families. Unlike welfare programs specifically tailored to aid low income individuals, a UBI inefficiently strews resources across the widest possible consumer base. This means that dollars targeted toward the lower rungs of the income distribution continuum are instead funneled up the income pyramid, which is counterproductive in addressing income inequality.

Perhaps the most formidable obstacle to the successful implementation of a UBI is its staggering fiscal cost. Failing most financial feasibility tests, a UBI would cost an estimated $4 trillion dollars per year, which is close to the entire federal budget and four times the current welfare expenditure. Even if a UBI replaced every anti-poverty program, the government would still be $3 trillion short in funding. The numbers cannot be changed: a guaranteed income that is enough to eliminate poverty is far too expensive.

Proponents of a UBI suggest disbanding existing welfare programs, but terminating social programs such as disability insurance, Temporary Assistance to Needy Families and Supplemental Nutrition Assistance Program would only cover one-fifth of its extortionate cost. Such programs exist to succor the elderly, disabled and children; eradicating those benefits would only exacerbate the plight of the most vulnerable members of society, as all finances will instead have gone to sending checks to every U.S. citizen, millionaires and billionaires included. The idea of abolishing more expensive programs such as Social Security and Medicare, which a UBI simply cannot replace, is far more problematic, both politically and practically.

“There are some programs you could imagine replacing,” said Jesse Rothstein, economist and Professor of Public Policy & Economics at UC Berkeley, at a Q&A session in UC Berkeley’s Opportunity Lab. “If you had a UBI, for example, you might not need unemployment insurance. Or maybe food stamps. But there are other programs that UBI just doesn’t come anywhere close to replacing, and those tend to be the expensive programs. You can’t replace Medicare with a UBI. But all of the money is in Medicare — and Medicaid — so if you’re not going to replace those, then you’re not going very far toward paying for the UBI.”

Although a UBI is a substantial departure from conventional welfare programs, the proposal is not completely devoid of pitfalls. Providing every U.S. citizen with a cash grant would likely undermine labor supply incentives and perpetuate the already dwindling labor force participation rate. In other words, individuals are given the freedom to reduce work or cease working altogether, which encourages laziness and other negative behavioral effects. For those who choose to remain in the workforce, a UBI could serve as an excuse for employers to exploit low-wage workers and depress wages even lower than that in a pre-UBI world.

Aside from the most obvious stumbling blocks, there are all sorts of logistical wrinkles associated with a national implementation of a UBI. In any case, financing such a large expenditure would demand a massive increase in taxation to a level that exceeds anything in U.S. history. In addition, addressing regional variation tacks on yet another layer of complexity, with the cost of living in states such as California and South Dakota varying disparately.

In theory, a UBI offers a charming alternative that combats the legitimate faults of the current U.S. welfare state, but it is imprudent to scrap all functional welfare programs for a policy idea that has not been implemented on a large enough scale to definitively conclude its success. There have been several small-scale trials of a UBI, one of the closest existing analogies being the Alaska Permanent Fund. However, the Alaskan guaranteed income program distributed stipends of less than $2,000 per year, which is nowhere near a life-sustaining $12,000 UBI. Furthermore, the Alaska Permanent Fund was only attempted on a limited scope of 700,000 Alaskan residents, making it a poor indicator of a 331 million U.S. population.

The most recent and thorough case study on the topic was conducted in Finland, which discovered that reducing existing benefits to pay for a basic income could yield a negative impact on poverty levels. In the disappointing landmark trial, a UBI did not incentivize employment participation, boost the labor market or activate the indigent to seek self-reliance.

Ultimately, there is not enough research to conclusively understand whether a UBI would be advantageous or pernicious to the country. Though touted as an elegant solution for climbing poverty levels, the human-centric policy is neither a panacea for the modern social welfare state nor a reflection of the economy’s practical reality. The potential area for exploration is encouraging, but a UBI’s daunting financing challenges render any effort to secure one quixotic.

“Either you have to come up with a whole lot of new money to pay for it or you have to take money away from people who are the neediest people in our society — or some combination of those two,” Rothstein said. “But you can’t talk about how great the program is without thinking about which of those things you’re going to do.”

A Guaranteed Minimum Income (GMI), which only provides stipends to those whose income is below a predefined level, is far more affordable and pragmatic. Rather than supplying unrestricted cash payments to every resident, a GMI would serve as a universal income floor and only target individuals whose monthly income falls below $1,000.

Nonetheless, in a time of economic recovery, it seems blindly utopian to embark on a scarcely tested experiment that demands constant, impractical funding. A robot apocalypse is not imminent; for the foreseeable future, at least, it is time to give up on the dream.