Classes of 2022 and 2023 use Discord to innovate and socialize 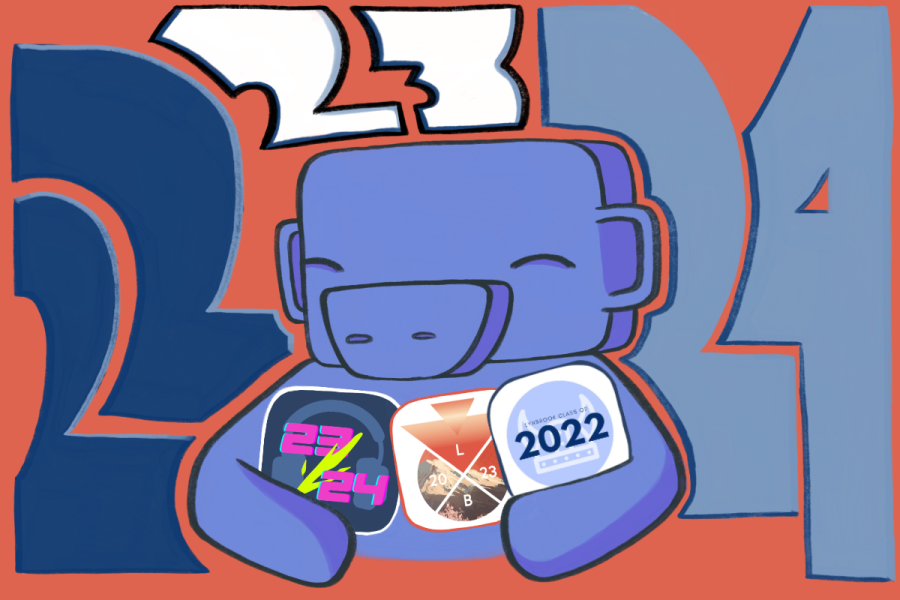 In midst of the pandemic, the Class of 2022 and Class of 2023 are staying connected virtually through Discord servers created by class officers and class members, which encourage students to socialize, make friends and participate in class events. As of March 3, there are 181 members in the 2023 server and 163 members in the 2022 server — a significant portion of the 462 sophomores and 468 juniors at Lynbrook.

Discord is a chat platform originally created for gaming in which users can create invite-only servers and organize discussions based on topics like general chatting and gaming through customizable channels. Moderators of the server can control members’ access to certain channels to allow for private conversations within the overall server. For example, the class officer chat is only accessible by class officers.

Sophomore class president Emma Tu and secretary Brian Ling, along with class member Amy Liu, launched the 2023 Discord server on Jan. 15. They decided to use Discord as opposed to other social media chat platforms like Slack and Messenger because Discord provides a more relaxed and interactive environment that lets students have conversations in channels and allows for casual voice calls. They started setting up the server in November 2020 and invited other sophomores to test run it before its official release.

“The first day was a little bit slow, but, throughout the first week after launching the server, we were able to accumulate over a hundred members by our Game Night,” Tu said.

ASB president-elect and junior class president Joe Lin and member Oliver Ni were inspired by the success of the 2023 server began developing a Class of 2022 server five weeks after the 2023 Discord was launched. After only a couple of days of development, they opened it to the public, and within the first two days, more than a hundred members joined.

Before the classes released their servers, moderators created channels, which function like chat rooms, and then invited bots that help moderate the server. Bots perform automated tasks and can censor inappropriate words and protect against Discord bombers and hackers.

“We made our first version of a Discord server, but it didn’t have adequate security measures and fell through due to a bad bot that was let in, causing the server permissions to be messed up” Tu said. “We had to remake another server, but it was a good learning experience for us because it taught us what kind of security measures we had to implement.”
Other features of the server include the suggestions channel, where members can make suggestions for new channel ideas or customized emojis, Discord custom emojis. With the use of a utility bot called Carl-bot, moderators can also accept or reject certain requests.

“For our server, we decided to create our own bot so that we could have finer control over what we had,” Ni said. “Making our own bot allowed us to code a smooth verification process for new members, for example.”

The Class of 2024 is also planning on launching their own server. Before, they decided against doing so after feedback from their class advisers, who were concerned about the possibility of academic dishonesty on the platform. However, they created a collaborative server for Game Nights with the sophomore class office, and decided to create their own server due to its success. The first Game Night was on Feb. 26, when the officers opened gaming lobbies and hosted Jackbox games.

“The overall environment was really nice because even though I wasn’t super familiar with everyone in my lobby, just playing together and being able to chat naturally brought us together,” Tu said. “It was so much fun that the game night ended up lasting over two hours just because we didn’t want to say goodbye.”

Though the junior class server has yet to host their own Game Night on Discord, they have hosted events like the cooking trivia competition that started on Feb. 8 and ended on March 5. Every half an hour, the 2022 bot posts cooking trivia questions, and participants who answer correctly first gain points. These points are calculated by a Discord bot that compiles a leaderboard to rank the most active members.

Before Discord, the junior class officers hosted an Among Us and scavenger hunt social on Zoom. Class officers hoped to engage more members by bringing virtual events to the server which boasts a more relaxed atmosphere and easier management for moderators.

After the pandemic, class officers plan on keeping these servers, so students can continue forming more bonds with others online. In addition to providing a platform for socialization, the servers are also a place where students can hear announcements, promote their own clubs and get help for school work.

“Although many of us are probably tired of virtual meetings and classes, one thing that distance learning has proven is that they can work very well in some cases,” Ni said. “It’s easier to attend an event online from the comfort of your home rather than going out and possibly having to drive or travel.”