A look into student governments of the past 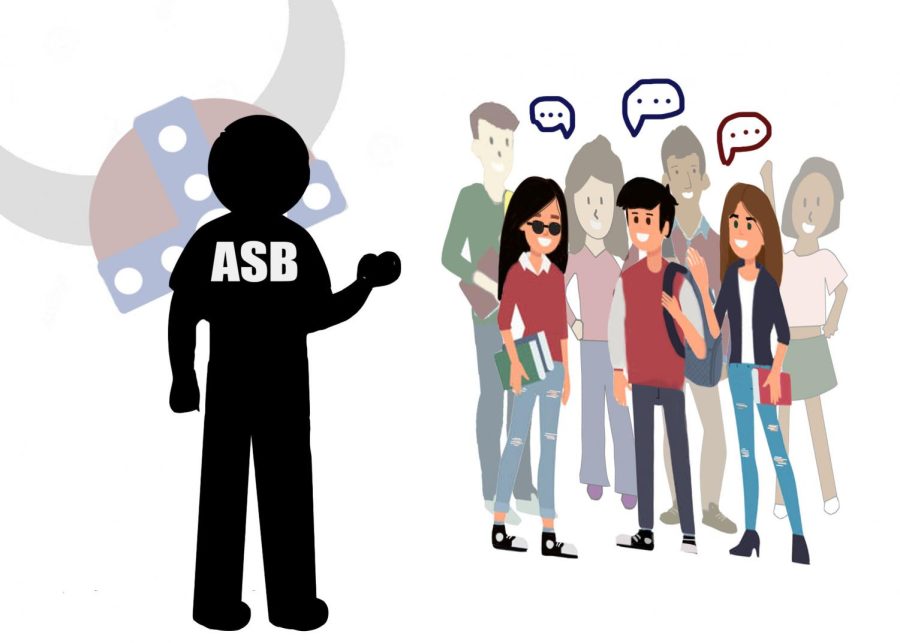 The student body’s view of student government has changed over the years.

The voice of student government is vital in creating a school’s identity. Student governments have held influential roles in academic culture for millennia, and their structures have evolved alongside those of real public institutions of government.

In the early 20th century, students introduced the concept of a student government in schools across the U.S. during a period of unrest in which student governments and organizations advocated for social issues as well as addressed challenges the schools faced.

“There was a real push to make democratic ideas and civic education taught in a way that was more meaningful to students so that they would have a more hands-on experience,” said Dr. Curtis Mason, an Education Historian from the Organization of Educational Historians and an Associate Professor University of Illinois. “If we want our students to be engaged citizens as adults, we should create opportunities for them to be engaged citizens while they’re in school.”

Over time, students demanded more freedom and control over day-to-day student life at school. More students were interested in representing social issues in their community. The rising influence and involvement that students and student governments had in schools resulted in the form of student government that exists in most schools today.

“Creating a student government was helping to establish order in a school from the students themselves,” Mason said. “Not only were students learning how to collaborate and come together and help create rules and procedures, but they were also then doing that themselves.”

One major change from previous ASB structures was the importance of ASB as a link to the community surrounding Lynbrook.

“There was probably more of a community focus back then compared to now, which is why traditions that we think of like Homecoming exists, which is all about bringing current and alumni together to celebrate their alma mater,” ASB adviser Jason Lee said.

Without technology to reach out to students directly, ASB initially served as the key organization through which students passed on events or idea suggestions to legislative representatives, who would consult with the executive council, a group of students who decide on all decisions made by ASB including dances and fundraisers. Executive council consists of the ASB officers, including the President, Vice Presidents, Treasurer, Secretary and IDC Officers. With new technology, students can send messages directly to executive council members rather than relying on legislative representatives to deliver feedback.

“Originally, Legislative Representatives had to come from everyone’s third period class, but what happened over time is that some classes didn’t want to send a Leg Rep and some classes wanted to send multiple Leg Reps,” Lee said.

By having a representative from each class, ASB wanted to fully represent students of every group. However, if there were classes where students were not interested in participating in Legislative Council, Lynbrook ASB could not gather opinions from those classes.

“Those periods actually ended up not really being represented because the people didn’t show up,” Badger said.

“Since my current leg rep is someone I do not share classes with, this distance likely makes me and classmates less inclined to pass on ideas and be more involved,” said junior Kevin Li. “Even though an election system may not select as ‘dedicated’ or ‘talented’ individuals all the time, the fact that we get to come to a consensus ourselves when deciding our legislative representative will definitely increase student involvement as we truly see ourselves as part of the system.”

The decline in student representation also comes from the limited variety of students who choose to participate in Executive and Legislative Councils.

“Most students who participate in ASB tend to have similar student profiles, so they tend to be overly involved, enthusiastic and not always as representative as the entire student population,” said Susan Rocha, Lynbroook’s Assistant Principal of Activities and previously one for Fremont High School.

Similar to the disconnection citizens may feel from the government itself, the term “ASB elitism” has sometimes surrounded student body leadership. ASB elitism, the thought that members involved with ASB are not reaching out to the student body and have more power in making decisions, has led to students losing interest in voicing their opinions or concerns to members of ASB. Some think that ASB might only be making decisions after discussions within ASB’s own limited bubble. The concern over ASB elitism has also made many students feel less important or relevant than ASB members or active peers who regularly participate in ASB events.

Because of ASB elitism, ASB has continually been trying to create various roles and opportunities for all types of students.

“I think that the best way for ASB to strengthen our connection with the student body is to continue to provide more  opportunities for all students to get involved,” said ASB President senior Michael Zhao.

That includes creating positions like Homecoming leads and ASB commissioners, which lead committees in Lynbrook ASB in organizing events like rallies and dances. Since not as many students want to get involved with ASB and take part in Legislative Council anymore, Lynbrook ASB has also tried to improve student representation by increasing direct communication with the student body and expanding its government by adding more leadership opportunities within each class. Many class officers offer leadership positions to their peers to help organize events like Homecoming or Powderpuff.

Even though the structure of Lynbrook ASB has changed significantly, it still retains much of the original language of the first ASB’s constitution. It has kept its executive council and legislative council the way it was initially structured and has changed the system minimally.

Other schools in FUHSD, however, have worked to move away from this structure. Fremont High School ASB’s goal is to try to foster a bigger sense of community and have all student leaders, ASB and Class Office alike, work on projects as a whole instead of assigning events to individual ASB committees. This helps Fremont ASB members take into consideration as many student opinions as possible.

“Fremont wanted to create a platform that didn’t pigeonhole people into one specific thing so that you only had that title—you only did that thing,” Rocha said. “It was more of an effort of everybody to be involved, to some degree in every project, even though you specialized in something specific.”

“If students aren’t willing to give their opinion and their data and engage ASB can’t fully represent. It’s kind of like our country; our representatives can only represent so much as they know about us or what people want,” Badger said.

ASB depends on students to reach out and ask for changes or representation within the governing student body. Students can convey feedback through school-wide surveys, various feedback forms, and elections for both ASB and Class officers.

“ASB can only represent those we are aware of. If we all take action to be heard and reach out to ASB members, they’ll listen,” Mamileti said. “As someone who reads the feedback forms, we take them seriously, and we want to hear what the student body has to say.”

“A student government’s purpose is still similar today,” Mason said. “It’s like having an opportunity for students to engage in kind of a civic leadership position, in the sense that students are working together; they’re taking ownership in what happens in their school.”