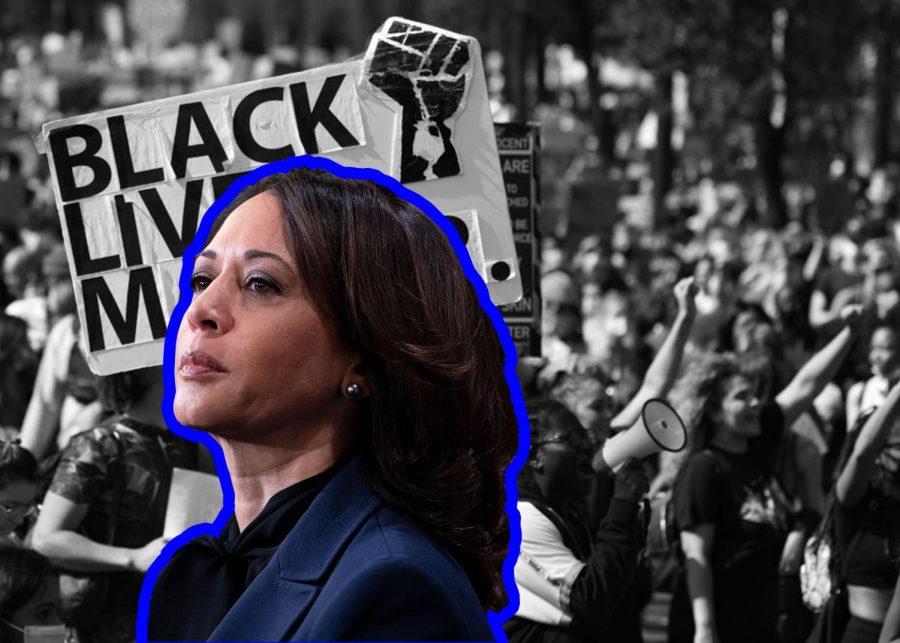 If POC politicians have to please the white eye to get in a position of power, voices silenced by the system will never be heard.

Vice President Kamala Harris was sworn into office on Jan. 20, with many praising her background as the first woman of color to hold that position. Support for Harris has continuously increased since she joined forces with Joe Biden and won the election in November, with many praising the much-needed diversity her inauguration brings to the White House. However, the diversity Harris and other people of color (POC) politicians bring to the table doesn’t mean much if they are not going to protect the interests of their fellow minorities in order to protect their voter base’s white fragility, a term used to describe white voters’ aversion to race-related topics. These politicians should not have to make their culture and heritage digestible to pander for the white vote.

Although Harris claims to sympathize with POC voters over issues such as systemic racism, her political track record calls her true intentions into question. Time and time again, she has worked against POC in her roles as District Attorney (DA) of both San Francisco and California. Throughout her career, Harris has labeled herself a progressive prosecutor, citing initiatives such as the “Back on Track” program, which helped low-level juvenile delinquents avoid jail time. When her actions in office are examined, however, a much different narrative comes to light. Harris has opted to maintain the status quo, often refusing to push for drastic police reform. She even fought in court for outcomes that would disadvantage thousands of POC in the justice system. The examples are innumerable: even though Harris created a division in her office to find alternatives to incarceration, she fought to keep POC inmates in a prison system that was deemed cruel and unusual punishment by the Supreme Court due to its overcrowding problem. She argued that the prison labor force — essentially free labor for the state of California — would be greatly weakened as a result of prisoner releases.

Even though she started the “Back on Track” program, she wanted higher jail time for parents of truant children, an issue that mainly affects POC families. Even though she mandated that body cameras be used by the Department of Justice, she was hesitant to mandate them for law enforcement. Even though she claims that she understands the need for radical police reform as a woman of color, she repeatedly refused to be involved in prosecuting police brutality cases and chose not to endorse Assembly Bill 86, a bill that would allow for greater examination of deadly force incidents.

These instances reveal a muddled past that is not just deceptive, but also disturbing. Harris made a presidential platform out of demanding drastic police reform, an issue affecting Black and Indigenous people of color (BIPOC) across America. With her current record showing that she is more of a centrist than a true progressive, her campaign promises ring hollow. Especially when a large part of her campaign is built on empathizing with BIPOC who are disadvantaged by systemic racism, her promises to reform the police system seem untrustworthy at best.

Harris’ track record, however, is just a symptom of a greater flaw in other POC politicians like her. These politicians tend to commodify their gender, race and sometimes sexuality in order to appeal to white liberal voters who see diversity in public office as drastic change. When doing so, these politicians break down these aspects of their identity in ways that are meant to preserve the white fragility of their voter base. For example, many South Asians believe Harris greatly downplays her Indian heritage to appeal to voters who believe Indians are not as oppressed as African Americans.

This, in turn, alienates POC voters who see these candidates as disingenuous. Some candidates, such as Hillary Clinton in 2016, have even chosen their vice presidental running mate based on the supposed “diversity” they added; Tim Kaine was a cisgender white male, but many have speculated he earned his vice-presidential ticket simply by knowing how to speak Spanish. While a move like this most certainly panders to white Democrats who applauded the pick as progressive, it does little to actually solve the issue of systemic injustice that most BIPOC face.

The most egregious example of pandering for the white vote, however,  is that of Andrew Yang, the millionaire-turned-politician who launched his presidential campaign in 2020 and is now running for mayor of New York City. In an op-ed published in the Washington Post, Yang pushed for Asian-Americans to further assimilate into American culture to counteract the racism many Asians had been facing due to the Coronavirus pandemic.

“We Asian-Americans need to embrace and show our American-ness in ways we never have before,” Yang said in the article.

Pushing this thinking is not only dangerous, as it enables white voters to shirk responsibility for racism within their communities, but also demoralizing, as it then places that burden onto Asian Americans to try to solve the problem. Although Yang wrote the article with good intentions, it is stunning to see him argue that Asians should have to prove their positive contribution to society through patriotic acts in order to achieve respect.

This type of thinking doesn’t lead to greater equality. In extreme cases, it leads to mass mistreatment of minority groups. For example, Yang mentions the thousands of Japanese Americans leaving their homes to be held in internment camps in a similar spirit of patriotism during WWII in his article and speaks of the Japanese Americans who fought in the war as heroic and brave. Instead of taking the opportunity to condemn this extreme form of racial discrimination, Yang uses it as an example of how Asian Americans have supposedly proved their worth in the past. In reality, Japanese Americans, or any minority group, shouldn’t have to drastically change their way of life to prove their worth.

The consistent coddling of white voters is significant of a larger issue. According to Robin DiAngelo, author of “White Fragility,” most white Americans do not like participating in racial discussions, irrespective of political affiliation.

“To continue reproducing racial inequality, the system only needs for white people to be really nice and carry on — to smile at people of color, to go to lunch with them on occasion,” Diangelo said. “To be clear, being nice is generally a better policy than being mean. But niceness does not bring racism to the table and will not keep it on the table when so many of us who are white want it off. Niceness does not break with white solidarity and white silence. In fact, naming racism is often seen as not nice, triggering white fragility.”

The distaste for race issues runs rampant among America’s white voters. Politicians who conform to white ideals are just another symptom of the larger issue. The general apathy coming from politicians is wildly ignorant of the pleas that POC activists have been making for decades. If POC politicians have to please the white eye to get in a position of power, voices silenced by the system will never be heard.