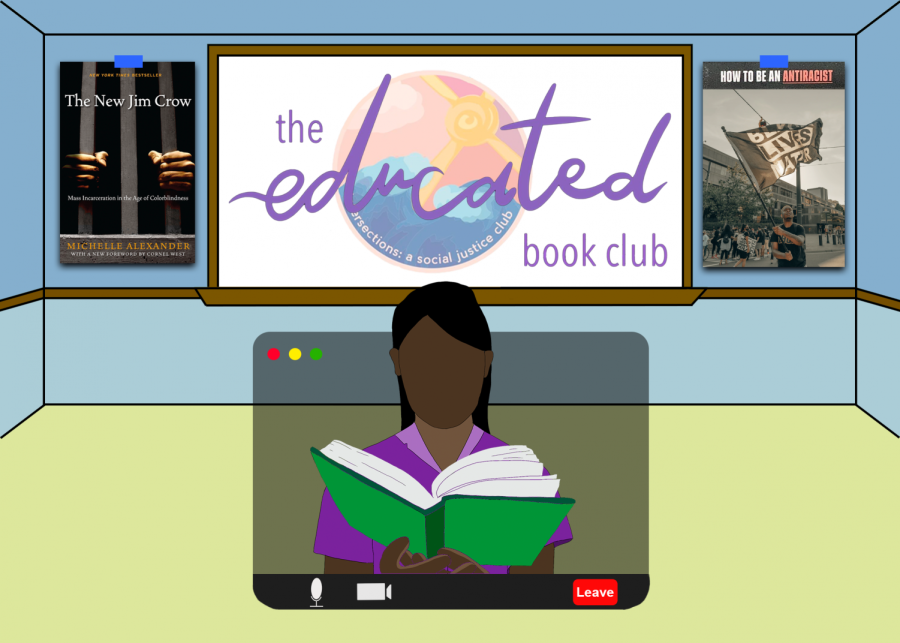 The Educated Book Club discusses Black media to raise awareness about racial issues and educate its members about the Black community.

To educate community members on racial justice and the Black Lives Matter (BLM) movement, the Intersections club launched the Educated Book Club, also known as Black Media Discussions, to examine Black media and literature. The meetings, which are open to the public, started on Jan. 8 and will take place every other Friday from 4:30 to 5:30 p.m. on Zoom.

Intersections was formed to encourage discussions regarding social justice and activism and promotes inclusivity through the exploration of different identities in society. Motivated by racial injustices across the country, the Educated Book Club was an independent group founded by former Class of 2020 Lynbrook students Maya Abiram, Nisha Fernandes and others this past summer that seeks to provide the community with a perspective on the BIPOC (Black, Indigenous, People of Color) experience through public discussions regarding Black media and literature. With the organization’s founders now attending college, the Educated Book Club was integrated into Intersections to continue its mission of educating Lynbrook and its adjacent community on the BIPOC experience.

Since San Jose has a Black population of just 3%, the book club hopes to provide more opportunities for students and the Bay Area community to learn more about Black culture and history and give way to everyday discussions surrounding previously-unaddressed topics of racial disparity and injustices.

Each meeting revolves around an assigned reading within the overarching theme of race. Attendees are currently analyzing Michelle Alexander’s “The New Jim Crow,” a book that examines the disproportionate number of Black inmates in the U.S. Although the 20th-century Jim Crow segregation laws have been abolished, Alexander’s novel argues that their traces can still be found in modern society, most notably in the criminal justice system.

Members are provided with a free PDF copy of the novel and assigned chapters to read before each meeting. During the meetings, participants discuss the reading and their perspective on certain quotes or takeaways. To promote critical thinking, officers engage their members in creative ways. For example, when posing prepared questions about the chapter, officers ask members to turn off their cameras if they disagree with the statement and leave their cameras on if they agree.

“I like how Intersections is approaching the topic of racial injustice with the intent of closing our bias gap and really looking at the facts,” said Esha Dasari, an intern at Intersections and member of the Educated Book Club. “I realized I have some implicit biases that I need to hold myself responsible for and acknowledge them in order to make them disappear.”

Through the meetings and analyses of each chapter, Intersections hopes that attendees can better understand systemic racism to be more empathetic and inclusive.

“I hope the book club can educate and spread awareness about the BIPOC community,” said Vineeta Muvvala, the outreach officer of the Intersections club and project lead of the Educated Book Club. “The overall goal is for someone to have a greater impact on their community and be more thoughtful of their actions.”

Issues regarding social and racial justice have recently been brought to the forefront of many Americans’ minds, with movements such as BLM gaining traction especially among youth. The new book club aims to continue the conversation sparked by the national movements and raise awareness about the Black community on a local level. Through the dissection of influential Black media, Intersections and its Educated Book Club hope to offer a new approach to educate people about Black history and culture.

“It’s really important to educate people about the Black community because a lot of their problems are overlooked,” Muvvala said. “We tend to live in an age of colorblindness…but by disregarding modern racism, we’re exacerbating the problem.”

Those who wish to attend can sign up through their registration form.