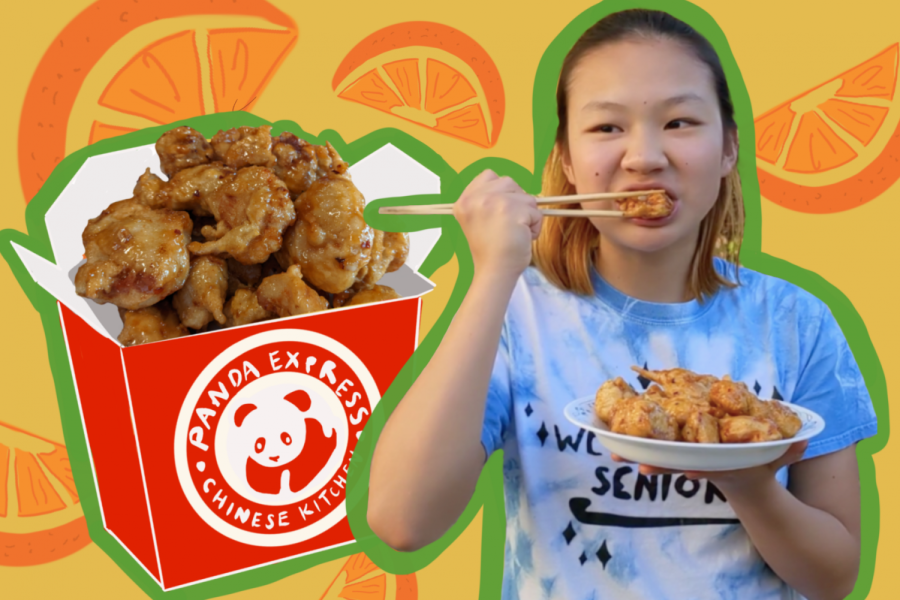 When I was younger, my mom used to get orange chicken “takeout-style” from Marina Food and Ranch 99 on the weekends, and I would finish devouring the paper carton filled with sweet and sour morsels before we got home. I even remember waiting hours in the blistering sun just for Panda Express’ orange chicken during the middle school Great America field trip. And if you were wondering, it was worth it.

Orange chicken from Panda Express isn’t quite fancy enough to be served at a nice restaurant, but most wouldn’t consider it to be McDonald’s-level fast food, either. It’s in a league of its own.

With an ongoing pandemic that feels like it will last forever, I tried to get a safe taste of orange chicken from my very own home, using none other than Buzzfeed Tasty’s recipe.

I could find nearly all of the ingredients in my pantry and surprisingly only needed to purchase one ingredient: orange juice. I accidentally put an entire gallon in my Amazon cart when I only needed two tablespoons, so the remnants of this recipe are probably still sitting in my fridge as you read this.

I halved the recipe so that I wouldn’t have to eat orange chicken for breakfast for a week. The first thing I did was cut my chicken thighs into one-inch cubes. I forgot to trim any excess fat, which was a mistake since there’s nothing worse than getting a mouthful of fried chicken blubber.

Instead of dredging the chicken in flour, eggs and bread crumbs before frying as you would in the American South, I used a wet batter consisting of starch, flour, water, egg, oil, salt and

white pepper. The white pepper was essential for that signature Panda Express flavor. Unfortunately, my pantry was out of cornstarch, so I used tapioca flour instead which made the batter slightly gummy. I prayed that adding extra water would help, and it did as the crust turned out crisp like I had hoped, although slightly thicker than usual.

After letting the chicken sit in the batter for 30 minutes, it was time for my first deep-frying experience. I didn’t wipe the pan completely dry, so I had to wait a couple of minutes for all of the water to evaporate to avoid getting burned from micro-splashes of hot oil.

At this point, I was a little scared, as anyone would be next to a vat of hot oil that seemed to want

to attack me. But I was determined to commit to deep-frying for the sake of the orange chicken and for myself!

I used a pair of chopsticks to gently place the pieces of chicken into the pan, one-by-one. I also made sure not to overcrowd the pan by frying in three batches and set a timer for five minutes so that each piece would cook thoroughly and I wouldn’t give my family salmonella — that would be much worse than ingesting fried chicken blubber.

With an oversized oven mitt over my hands to protect myself from the oil, I took the chicken out of the pan and set it on a paper towel-lined plate to drain.

My mom and I sneaked a few pieces of fried chicken while I was waiting for each batch to cook, and I was amazed by how crisp the crust was. I almost didn’t want to continue with the recipe because the fried chicken itself was already quite scrumptious, even with only salt and white pepper as seasoning.

To create the orange sauce, I started by stir-frying grated ginger, garlic and chili flakes, which infuses their flavors into the oil. Then, I added sugar — I used all white because I didn’t have brown — and some orange juice. The addition of orange juice made me remember the “orange chicken” from the middle school Yosemite trip, which was actually leftover chicken nuggets drenched in orange juice. Thankfully, the orange chicken that I made required twice the amount of sugar than orange juice, as well as vinegar, soy sauce and other spices, so I was confident that my creation would be nothing close to those horribly fruity chicken nuggets.

The last step was to mix in a starch slurry, a mixture of cornstarch and water used as a thickening agent. Again, I used tapioca flour instead of cornstarch. My parents have always told me that using a starch slurry to thicken sauces is “unhealthy” because it’s adding white carbs, but it makes the sauce cling to anything and everything. And this is orange chicken that we’re talking about. Go big or go home, right?

After the sauce reached a maple syrup-like consistency, I tossed the chicken in it for a couple of seconds. There’s nothing better than a crispy fried shell absorbing the flavors of a delicious sauce. For some reason, it didn’t turn soggy!

In the heat of the moment, I forgot to finish the dish off with sesame oil, which would have given the chicken a nice sheen and a nutty flavor. But I can tell you that my orange chicken was already very shiny and very attractive. I couldn’t help but try my product of two hours of work before filming the video that you see here.

The chicken was crisp on the outside and impeccably juicy and tender on the inside. The sauce was absolutely spot on, and the flavors were almost the same as Panda Express’ orange chicken. If I were to make the dish again, I would use cornstarch instead of tapioca starch, like the recipe called for, to make the batter lighter and crispier. I would also cut the chicken into slightly smaller pieces to make them bite-sized. I didn’t account for how dredging the chicken would make the chunks larger or how the batter would puff up when frying.

With that said, I still give my homemade version of Panda Express’ iconic dish 10 out of 10 oranges, and I would definitely recommend making orange chicken at home to spare horrible delivery fees or the health risk of going to a restaurant.

If only I didn’t have to do the dishes!