Frying chicken without a fryer: Is it possible? 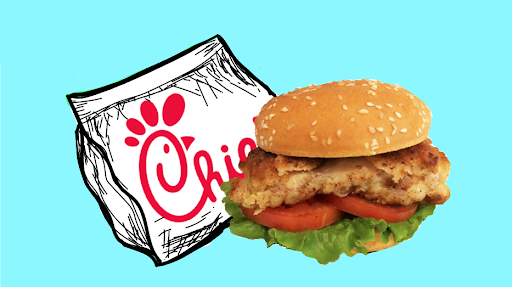 For the Epic’s copycat recipe project, I decided to replicate the Chick-Fil-A sandwich at home.

Ever since I was young, I have always gravitated toward chicken as my choice of meat. Fried, grilled, sauteed, you name it — I have tried and loved them all. As a result, when Chick-Fil-A, a fast food restaurant based on chicken-related menu items, rose in popularity, I instantly became a fan. Unfortunately, due to stay-at-home measures, I am no longer able to savor the flavors of the Chick-Fil-A deluxe sandwich as much as I used to, so I thought it was the perfect opportunity to try recreating this sandwich at home.

I used the recipe from Tastes Better From Scratch to make my sandwich. However, since the recipe did not specify the amount of each ingredient required, I also referenced Food Network’s recipe for the measurements of each ingredient. I made a few modifications, such as replacing the paprika and chili powder with black pepper because I was not willing to invest in two entire bottles of spices that I would most likely not use in the future. I also disregarded the pickles and pickle juice because I am not the biggest fan of pickles and always asked for no pickles in my sandwich. Additionally, I decided to follow Tastes Better From Scratch’s method of pan frying instead of deep frying the chicken thighs, which significantly cut down on the amount of oil I needed. I was able to find the rest of the ingredients laying around in my house and only had to make a trip to the grocery store for hamburger buns, which was quite convenient.

I have always been a terrible cook, but the recipe was surprisingly easy to follow for me, and I will admit that finding the right angle on a tripod to film myself was much more tedious than actually making the sandwich.

I mixed the dry ingredients, onion powder, garlic powder, baking powder, powdered sugar, flour, salt and pepper, together in a bowl and mixed the wet ingredients, eggs and milk, in another. I then dredged the chicken, alternating between the wet mix and the dry mix to create a thick coat of batter that would hopefully become a crispy crust after frying.

Of course, a Chick-Fil-A sandwich would not be complete without the iconic Chick-Fil-A sauce, so while I left the chicken to fry, I decided to recreate the sauce using the recipe from Six Sisters Stuff.

I was quite surprised that the sauce, which captured the hearts of many due to its unique combination of sweet, sour and salty, was made from only five ingredients: barbeque sauce, mustard, honey, lemon juice and mayonnaise. This recipe, like the one for the sandwich, did not specify the ratio of ingredients, so I had to experiment on my own to find the perfect balance. I realized halfway through making the sauce that I did not have any lemon juice. Still, two packets of honey mustard, two packets of barbeque sauce and three dollops of mayonnaise were enough to create a mini-bowl’s amount of sauce that tasted identical to the original, although the color was more on the red side.

After toasting the hamburger buns with butter and assembling the sandwich with a piece of lettuce and two slices of tomatoes, the fried chicken and the Chick-Fil-A sauce, I was done! Overall, I was very satisfied with this recipe. The sandwich turned out better than I expected despite the ambiguous ratios the recipe provided. I did notice that the crispy exterior of the chicken did not cling to the meat as well as the original, but the sandwich tasted just like the one I had enjoyed so much for so long. In fact, my father liked my copycat sandwich even more than the original, enjoying the softer, thinner crunch of the chicken crust. I would give this recipe a 9.5 out of 10 sauce packets because it was perfect besides the peeling crust, and I would not change any steps the next time I make this sandwich. This sandwich was super easy to make, and I highly recommend all Chick-Fil-A lovers out there to try this recipe, too.