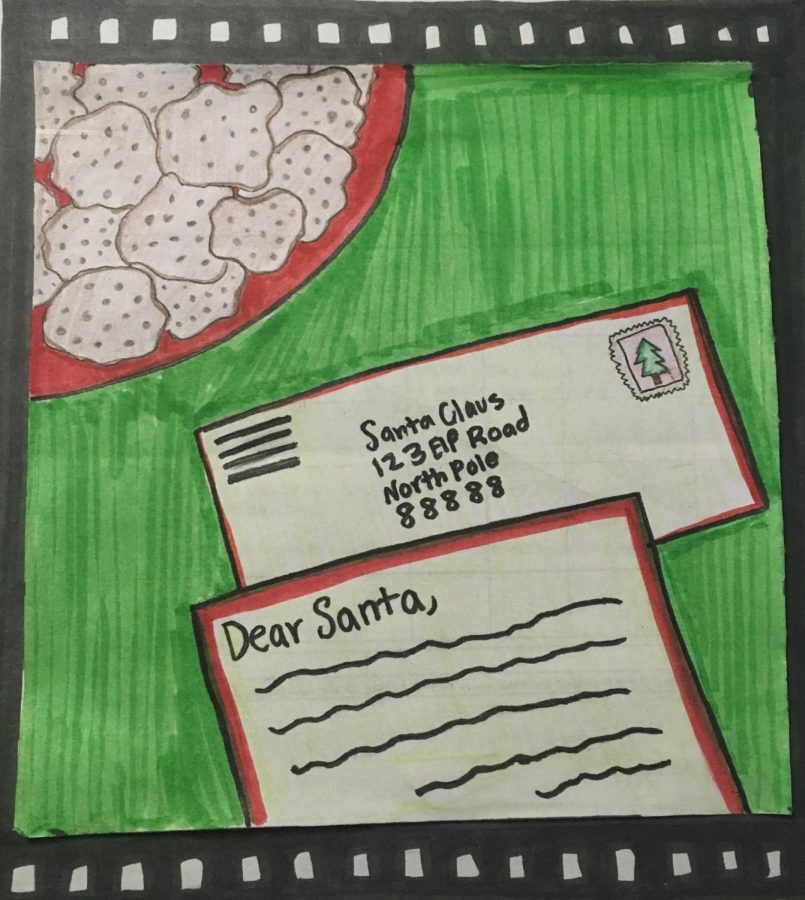 As the holiday spirit comes around, the USPIS launches into its century year old tradition: Operation Santa.

Anyone can participate in Operation Santa and those who want to should have their letters addressed to either Santa Claus or his specific address—Santa Claus, 123 Elf Road, North Pole 88888—so that the USPS can place these letters into their program. After sorting through the mail and organizing them by either single or family letters, USPS uploads them to the Operation Santa website and allows adopters to go to their local post office to read through and select letters. This year due to COVID-19, however, the USPS will only be conducting its online program where letters are scanned and adoptable via its Operation Santa website that opened on Dec. 4.

The Dear Santa documentary begins with children from a variety of backgrounds responding to a series of questions about Santa—a pure and joyful start to the film.

This cheerful scene then transitions into an explanation of the logistics of Operation Santa and the people that make this process possible: “Santa’s elves,” or local USPS workers, and “Santa’s helpers,” the letter adopters.  The film maintains Santa Claus’ magical image and avoids exposing the reality of Santa’s existence, making it an enjoyable watch for all ages.

The film is structured to cover a three week timeline that follows Operation Santa programs in a number of cities across the country. In each city, the film follows a different group of people consisting of Santa’s elves, children and families who wrote letters to Santa, nonprofit organizers for Operation Santa and Santa’s helpers themselves. One segment of the film covers the stories of families whose houses burned down in the California Wildfires and were able to celebrate the holidays with the help of Operation Santa. Another segment covers the story of an animal-loving boy who desperately wanted 100 bunnies and received a bunny through Operation Santa. Each individuals’ story is unique in its own way—some heart wrenching, others humorous. The director’s clever balance between the two kinds of stories makes the documentary particularly interesting yet informative.

At the same time, I found the sudden transitions between somber to upbeat  music and stories a little problematic, since it makes the documentary a fast-paced rollercoaster of emotions. As such, the stories don’t fully sink in and viewers don’t have the time to empathize with all individuals equally. I would have preferred to see the resolution or a positive outlook following each story and have a gradual transition into the more cheerful parts of the film instead of the choppy transitions the movie has.

While it does have its sad moments, Dear Santa is a rather optimistic film with holiday music, cheerful animations and the wholesome relationships created between Santa’s helpers and letter writers. The film ends by subjects in the film meeting one another and donors gifting recipients. The film’s circular narrative that connected the ending to the beginning was beautifully done.

I did not expect to be so moved by the stories of those involved in Operation Santa. Instead, I had expected the documentary to be cheerful with embellishments of holiday music, and for most of the content to consist of the history of Operation Santa with a series of fact-filled interviews as its primary content.

For the most part, the film met my expectations and through its candid angles of the people involved in Operation Santa, serene shots of each city visited and cheerful animations it managed to make the documentary entertaining, engaging and moving in its own way. While as a documentary the purpose of the film is to provide facts, it also manages to capture emotion and the idea that everyone is deserving of happiness regardless of their background. Simple acts of kindness like the soon-to-be mother receiving baby supplies and the low-income family receiving several house appliances in the film are only a few examples of the people Operation Santa was able to help.

It was gratifying to see these universal themes all being connected back to Operation Santa and I would definitely recommend watching this documentary to boost holiday spirit amid the ongoing pandemic. The film’s informative yet heartwarming stories are its charm.