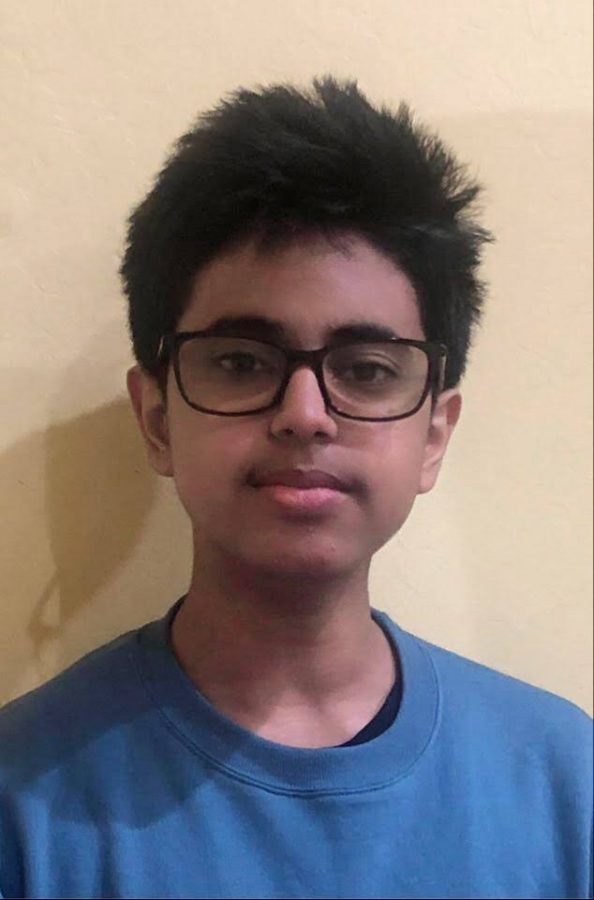 Junior Aditya Suresh, Founder of Remission for All, posing for a photo.

Whether it be starting his own organization or conquering illness, junior Aditya Suresh has done it all. On top of being an avid student interested in biomedical research, he has become a non-profit founder and certified yoga instructor over the past three years.

Suresh hopes to use his experiences to help others, so they are better prepared when facing struggles similar to the ones he endured. At the start of his freshman year, Suresh was diagnosed with an illness and hospitalized for months. He had to learn to balance focusing on recovery while also keeping up with schoolwork. The months spent away from school and the people he loved were difficult for him, so he found a way to help students with illnesses learn while going through extended recovery by starting Remission for All in 2019.

Through this organization, Suresh hopes to support students facing the same challenges as he once did with academics. He has seen many students who considered abandoning their studies because of health concerns, but he believes that everyone should have access to resources that will help them continue their education.

“What makes our mission unique is it specifically caters to students with illnesses and students who are facing long periods of hospitalization,” Suresh said. “We’ve worked with hospitals including Stanford, UCSF and St. Jude’s, and we provide adjustable hours to accommodate their schedule because there are surgeries, transfusions, and all those different aspects in their lives.”

Remission for All provides students with 24-hour support, sometimes working with students as late as 11 p.m. and as early as 3 a.m. Suresh leads his core team of 16 people and more than 300 tutors in teaching, outreach and development services. For him, the most meaningful part of their work is getting the opportunity to help other students. One of his most memorable interactions was working with a student diagnosed with leukemia. Because of the student’s life-threatening health condition, his parents urged him to focus on treatment, but despite this, the student refused to give up on his education and chose to reach out to Suresh and his team. Mentoring the individual through multiple courses for months, Suresh was able to help him to continue learning even through his illness.

“Currently, he is doing pretty well,” Suresh said. “He’s in remission right now: asymptomatic for six months. We continue to communicate, and he uses our services regularly. It’s students like him that have motivated me to continue to expand Remission For All to new horizons.”

During the pandemic, Remission for All has also contributed to the community. Seeing that many students lack the resources to learn in a virtual environment, Suresh and his organization donated 10 Chromebooks to underprivileged students, as part of his efforts to promote education.

Another one of his projects is Nexus, an app that he created with three other Lynbrook students, senior Soma Tummala, junior Andrew Chiang and senior Pranay Tiru, that combines aspects of Google Classroom and other tools like Turnitin for teachers to easily manage an online classroom. The app will eventually be released on the App Store and Google Play Store and will be available to the public.

In addition to Remission for All and Nexus, Suresh also has a unique love for yoga. Although initially apprehensive about yoga, Suresh discovered his passion for it from his older sister, Sloka. After doing yoga with his sister, he discovered that it was something that calmed him and helped him concentrate, so he wanted to share his passion with others.

Shortly after, he became a certified yoga instructor. Through Remission for All, Suresh held numerous classes beginning in late 2019 for free, allowing anyone who hoped to learn from him to join.

Furthermore, he wrote the book “Yoga for Inflammatory Bowel Disease,” the only yoga book on Amazon specifically targeting inflammatory bowel disease. Although Suresh did not face this illness himself, he drew inspiration from his yoga mentor who did. Dedicating the book to her, Suresh aims to help those who also struggle with this condition. After many edits and with the help of his teachers and mentors, including English teacher Josh Miller, Suresh published his book in August, and it can be found on Amazon for just $6.99. In only a few months, the book, which introduces important yoga poses and stances, has sold copies around the globe, including 100 to a school in Nepal.

Throughout his journey with yoga, Suresh has discovered the importance of relaxation in daily life. He says that yoga is a critical part of his life because it has helped him alleviate stress, especially when managing schoolwork.

“It’s okay to take a day for yourself,” Suresh said. “Just practice breathing, you know? Lynbrook is such a competitive community, and it’s such a norm that you have to get the best college and take the hardest classes, which can cause a lot of stress. So doing yoga once in a while does help.”

Through Remission for All, Nexus and yoga, Suresh honed his passion for helping others. However, what makes Aditya unique is not merely his extracurricular engagement but also his positivity, his energy and the love he puts into all his endeavors. His optimism brings joy to those around him, and his success affirms that with dedication and perseverance, anything is possible.