Better Bike Plan 2025: A win for residents, equity and the environment 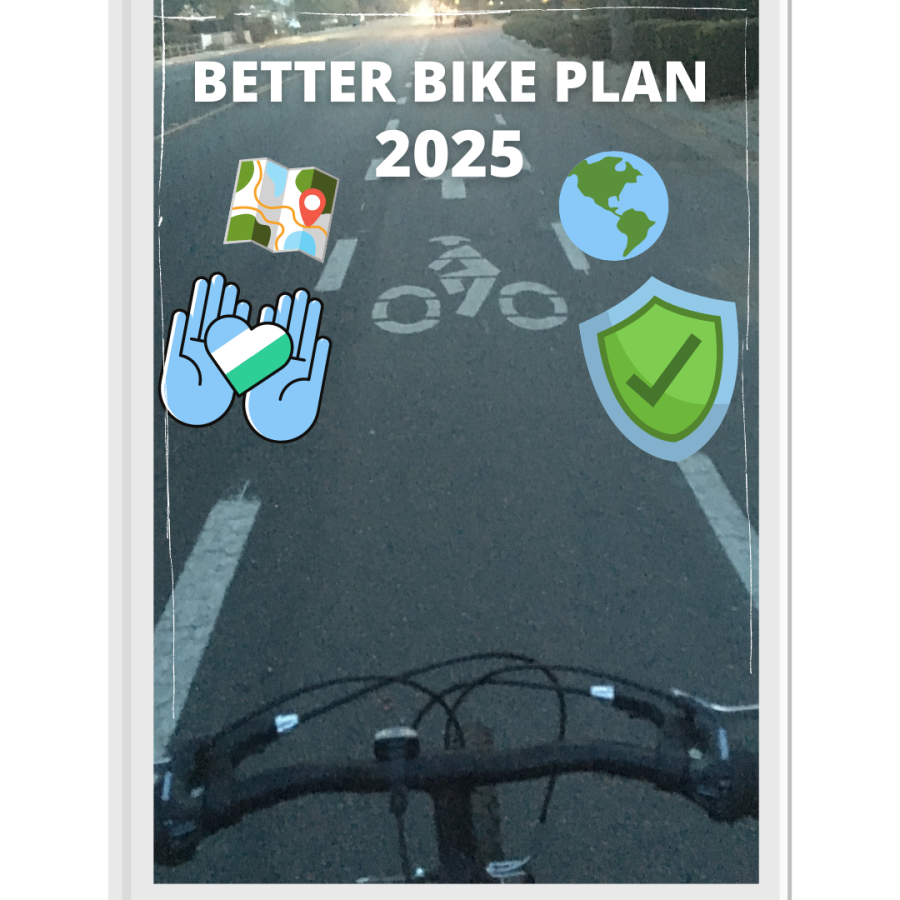 The Better Bike Plan 2025 strives to make biking in the city of San Jose more equitable, convenient and comfortable.

On Oct. 6, the San Jose City Council unanimously passed the Better Bike Plan 2025 (BBP 25). Through this plan, the city of San Jose will build a 550-mile network of bike lanes, boulevards and trails connecting 190 square miles of the city. Within this network, there will be 100 miles of bike boulevards, 100 miles of off-street trails and more than 350 miles of protected bike lanes.

The San Jose City Staff started formulating the BBP 25 in December 2018 and developed the plan with the help of the San Jose Bicycle and Pedestrian Committee, a technical advisory committee, along with public input and collaborative discussions with community-based organizations through the process. For example, Latinos United for a New America and Vietnamese Voluntary Foundation helped ensure that the interests of minority groups were being taken into account during planning.

Other organizations involved include those focused on making positive environmental impacts, such as Veggielution, a San Jose community farm uniting people of different backgrounds  through their green spaces in the city. Their input was crucial as their goal — making San Jose a green city — aligns with those of the policy makers behind BBP 25. The diverse team that created the plan ultimately came up with four main goals for this new policy: to make biking more safe, comfortable, convenient and, most importantly, equitable.

“[The BBP 25] is a huge step toward making the city more environmentally friendly because I know that a lack of safe bike paths is a big reason as to why a lot of people don’t bike,” said Charu Vijay, a Lynbrook class of 2020 alumna pursuing environmental engineering at Tufts University.

Currently, many underprivileged communities are not able to bike as a means of commute due to the lack of continuous bike paths through the city. By formulating a more equitable plan to increase access among people in communities that do not already have access to bike paths, the BBP 25 hopes to increase the amount of people that commute via bike and make the city more environmentally-friendly.

With more people biking in the city of San Jose, the city will produce less greenhouse gases, less air pollutants and less noise pollution. In the long term, increased bike commute in the city could also lead to the construction and maintenance of fewer parking lots and freeways and consequently preserve green spaces in the city by preventing their development.

As of October 2020, only 1% of commute trips in the city of San Jose are made by bike and only 3% of people in the city reported biking as their primary way of commute to work. Of those who commute to downtown San Jose, 4% report using their bikes as their mode of transportation. Even though these numbers may seem insignificant, bike commuting is slowly gaining popularity in San Jose, as seen by the 28% increase in commute trips made by bike between 1990 and 2017. With the BBP 25, San Jose hopes to achieve a 15% increase in travel by bike by 2040 and a 20% increase in bike commuters by 2050.

The BBP 20 added independent bike lanes on Johnson Avenue, making it safer and more convenient for Lynbrook students to bike to school on the busy road. The BBP 25 will be adding bike paths around additional schools with prominent roads like Johnson Avenue, thus increasing the overall safety around more San Jose schools and encouraging more students to take eco-friendly means of transport to school.

“I think this bike plan could be extremely effective in the aspect of school safety,” junior Archana Pisupati said. “I hope to see more eco-friendly projects like BBP 25 in the future.”

With the BBP 25, San Jose hopes to advance in improving equity, comfort, convenience and safety for bikers, ultimately getting one step closer to an eco-friendly city.