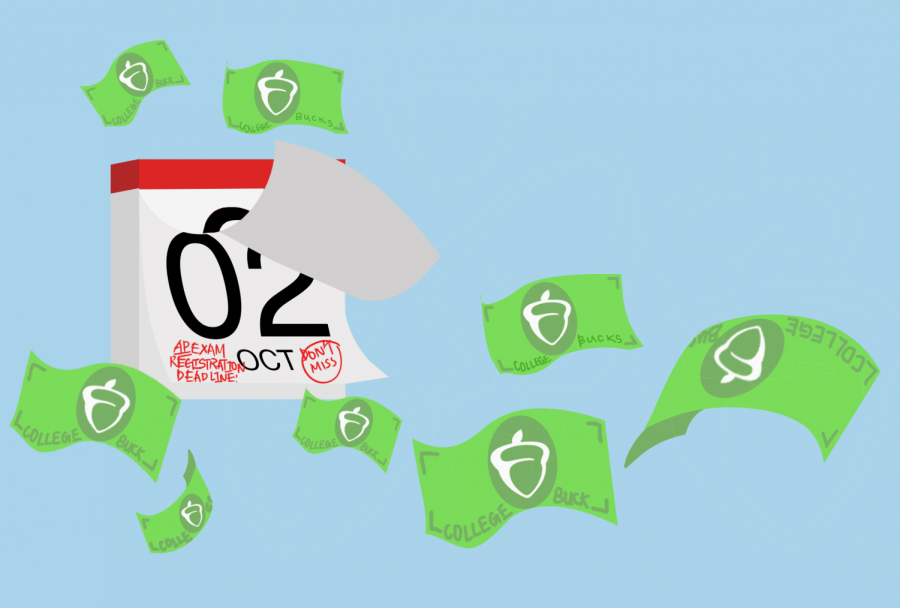 The College Board moved registration from Spring to mid-November for the 2019-20 AP exams in an attempt to boost student performance, aiming to inspire students to apply themselves in their classes because of their early commitment to the exam. However, decreased success for low-income students and the barriers it presents to educational opportunity demonstrate the definite, harmful consequences that have accompanied the change.

The College Board piloted November registration dates at more than 100 schools nationwide in 2018. They also experimented with a late registration fee for students who register for the test after the November deadline and a cancellation fee for students who register and do not show up on test day. The program resulted in a 33 percent increase in registration from low-income students, but only a 20 percent increase in passing scores — scores of a 3, 4 or 5 — for all low-income students.

The 3,141 additional low income test takers at pilot schools had a 22.6 percent pass rate, compared to the 59.7 percent pass rate for all students at all other schools. This means 77.3 percent of low income students who otherwise wouldn’t have signed up for AP exams received a score of a 1 or 2. Thus, there is minimal correlation between early commitment and success on the exam for this group of low income students.

“It’s very discouraging to be an immigrant, which many of the low-income students I’ve taught at other schools were, with very good work ethic to come all the way to America and be told that it’s all about money,” AP Literature teacher Stacey McCown said. “Essentially, they’re told there’s no time to make your way. Either you have the money to pay or you don’t, and that makes a very uneven playing field.”

Low-income students and their families often need time to gather the money needed to pay for the exams by taking on extra jobs or scouring for scholarships. The College Board’s demand for them to commit to and pay for the exam early in the school year presents a barrier to their participation.

“Most of my low-income students took the first semester to earn the money to pay for their exams,” McCown said. “Most had after-school and weekend jobs. There is no way they could have paid for the exams in the fall. We had programs for scholarships, but there were far too few available. In my former district, upwards of 80% were in the category of requiring financial help with all their college application costs. With early registration, we have limited their opportunities.”

AP exams are accepted by some schools as college credit, which means students who take AP exams in high school won’t be required to retake and pay for the college equivalent of the course when they attend college. The time and money saved makes a world of a difference for some students, particularly those who must support themselves through college.

“The test becomes a litmus test,” McCown said. “Students can’t enter this other world of prestigious, higher education institutions — where it’s assumed that you’ll take AP exams, it’s assumed that you’ll pass, or maybe even get the highest scores on them — if they can’t even participate in AP exams. What kind of school you go to affects what opportunities you’re afforded in graduate school or the working world. For instance, the networking that goes on in some private universities plays a big role in the futures of students who are afforded the opportunity.”

Some argue that the true educational value of AP classes lie in the course, not the exam. The course is the instruction takes place and many students who elect to take AP exams do so for the college-level curriculum to prepare themselves for the rigor of higher education, as well as for a learning environment in the classroom filled with like-minded students equally dedicated and interested in the subject matter.

The College Board, however, maintains that the earlier registration dates are to motivate students to apply themselves early in their preparation with the knowledge that they will be taking the test later in the year. The situations they aim to avoid are students slacking off in their AP classes throughout the year, only to find that they are not prepared to take the test in March.

When coupled with the doubtful success of early commitment to the exam, especially for low-income students, the group from which the College Board saw the bulk of increased registration, many are inclined to believe that the motive for the change was financial. They argue that because the cost of manufacturing the exam is the same no matter how many students sign up, it is in the College Board’s interest to increase the number of test takers without concern for their success on the exam.

At Lynbrook, the population of low-income students is smaller that average, and the school boasts a high pass rate among many AP exams. The flaws of early registration, however, can affect students regardless of socioeconomic status and independent of the general trend of their peers’ success or failure on the exams.

“Students who experience large, unexpected disruptions between November and May due to factors like depression or a death in the family may lose their motivation to study,” AP Language and Composition teacher Terri Fill said. “These factors may lead to a student being less committed to preparation for their exams than they envisioned when they registered.”

Seniors especially can experience waning motivation in the second semester of their last year in high school, especially if they know that the school they will be attending will not give them college credit for the exams they registered for. Seniors who commit through early action or early decision may find the restrictions imposed by early registration especially frustrating because they know even before March, the old registration date for the exam, which exams they will receive credit for.

“Knowing which schools will give them credit for exams they’ve already taken will also influence student’s choices when they’re choosing their colleges,” senior Chelsea Wan said. “This is true even more so for low-income students, because the amount of college credit they’re able to waive can save them a great deal of time and money. ”

The greatest difference between the exam and the course is that students must pay to take the exam. The course is the extent of the educational benefit AP classes offer. The exams, if they do not provide college credit, only serve to boost the College Board’s bottom line.

Earlier registration for AP exams puts undue pressure on students, financially and otherwise. Even for the program’s intended benefactors, low-income students, performance was not improved by early commitment to the exam. The College Board must reconsider its decision and the effects it has on students, intentional and accidental, and commit itself to making changes that reflect its mission statement — to connect students to college success and opportunity.