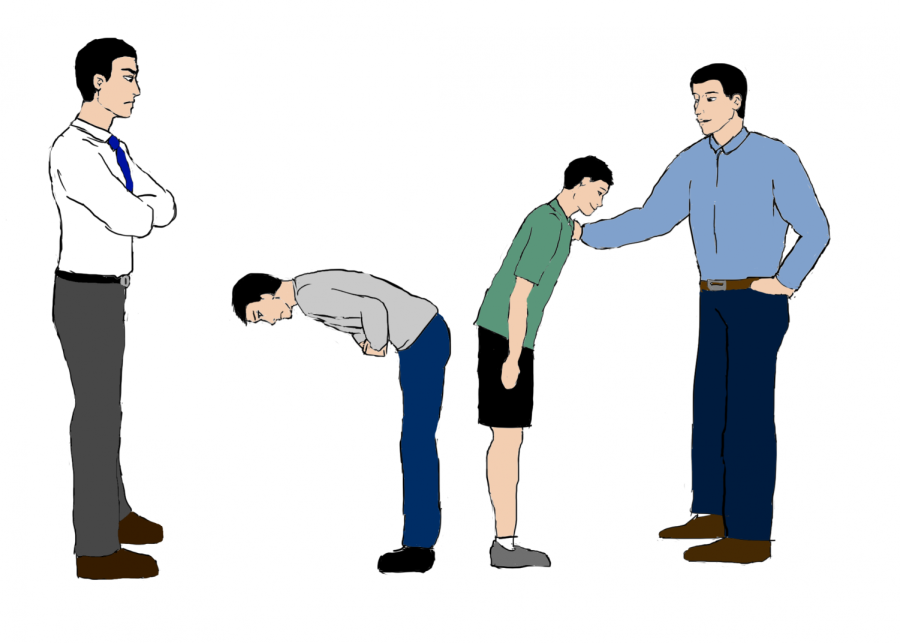 Parenting with filial piety lies on a spectrum and varies from one family to the next; it has not been definitively proven to have a positive or negative effect on children. However, experts say balancing both philosophies, authoritarian and respectful obedience methods, is crucial for successful parenting.

Commonly practiced in Asian families, filial piety consists of the virtues of respect, obedience and supportive care given to one’s ancestors and elder family members. It provides a basic structure for familial life and serves to build strong bonds within families. Even though this concept has been prevalent in many parts of the world and has various origins, the recognized origins of filial piety in East Asian culture are found in Confucius’ idea of Xiao.

Xiao refers to the devotion and selflessness of serving one’s family, elders and society. According to Confucius, the system of respect and honor within society is what allows it to persist. In the Chinese character for xiao, the word lao, which means old, lies above the character er zi, which means son, thus symbolizing support, respect and obedience of the younger generation for elders.

Families practice filial piety in many ways. Most commonly, they take care of their elders, have elders sponsor their education and pay respect to their ancestors through annual rites. However, the variation in practices has to do with those of parenting under filial piety. Essentially, filial piety parenting lies on a spectrum ranging from strict enforcement to a more hands-off approach.

Traditional filial piety includes authoritarian parenting, however, the tradition has evolved over time and split into two branches, called strict authoritarian and respectful obedience. Under strict authoritarian filial piety, parents are fully in control of making decisions for their child and determining acceptable behavior and career paths. Respectful obedience, also known as authoritative parenting , still gives elders some overseeing power but is defined as a more collaborative style in which children and their parents work hand-in-hand to figure out what is best for the child.

While respectful obedience correlates more closely with the intended Confucian concepts of societal order and honor, strict authoritarian filial piety has become the more common practice in modern Asian households. Often, children belonging to Asian immigrant households feel that their parents force them into following preset educational and career paths, which limit children’s abilities to pursue their own passions. A lack of encouragement often results from blindly following their parents’ command and can affect a child’s way of thinking, habits and identity.

For students whose parents practice authoritarian parenting, finding a voice of reason can be hard. For some, participating in collaborative environments outside of their homes can help them find a voice of their own, independent from that of their parents. However, for other children it isn’t as easy.

“[Amongst the kids whom I have worked with and] who have had authoritarian parents, there tends to be a display of lower self-esteem,” school therapist Jenna Starnes said. “They tend to lack the ability to stand up for [themselves] and to have a voice, because whenever they’ve done anything that hasn’t fit within the expectation of the parents, they are okay with being punished. You will typically see [children who have experienced respectful disobedience] are able to better self-regulate and have higher resilience.’”

Most Lynbrook students practice filial piety and understand the important values that it can teach, but it is not as widely accepted amongst other parts in the U.S.

“There is a real bias in Western culture against authoritarian parenting,” Lynbrook school psychologist Dr. Brittany Stevens said. “It is not totally well understood as to why authoritarian parenting persists, but I think it persists because it has intended outcomes that bring about certain characteristics of [respect and obedience] that a child is able to acquire through supportive parenting.”

Although filial piety is not as common in modern Western culture, the idea has emerged in psychological studies. The most widely followed theory on this subject was written by psychologist Diana Baumrind, who outlined and explored the effects of three general parenting styles — authoritarian, authoritative and permissive — in her famous 1967 research paper. The first two share numerous similarities with the strict authoritarian and respectful obedience branches of filial piety, respectively. Baumrind’s studies concluded that the authoritative parenting style was the most effective in raising independent, well-adjusted children.

Similarities between Baumrind’s parenting style categories and the tradition of filial piety represent an overlap between Eastern and Western cultures that characterizes the overarching modern Asian-American identity. Caught between the new environment around them and the traditional values with which they themselves were raised, Asian immigrant parents aim to foster cultural values in their children while also integrating them into American society. Asian immigrant parents must toe the line between the two branches of filial piety.

Authoritarian parenting is commonly viewed negatively by society, but it does sometimes prove successful for families.

“[Filial piety] defines my relationship with my [younger] sisters,” junior Helina Lee said. “I carry part of the responsibility of their nurturing, and I’m also supposed to help guide them and lead them. In order to lead them, they have to respect me, and we also have to yield to each other. Filial piety also reminds me that we get so used to taking from our parents that we don’t remember to give back.”

Parenting with filial piety lies on a spectrum and varies from one family to the next; it has not been definitively proven to have a positive or negative effect on children. However, experts say balancing both philosophies, authoritarian and respectful obedience methods, is crucial for successful parenting.