The rise of advocacy in social media 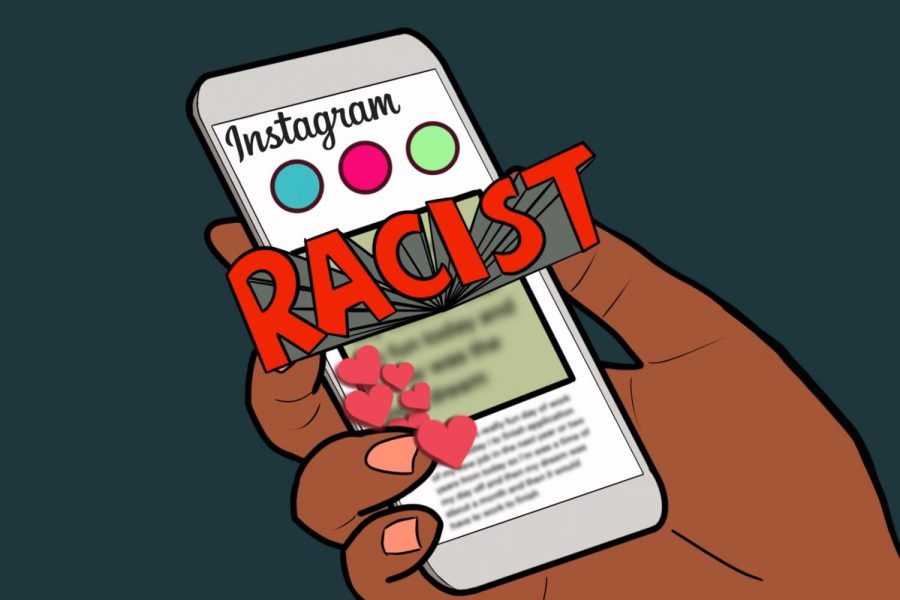 Advocacy through social media is not going to go away any time soon. By being careful to not spread misleading information, while still advocating for issues we care about, we can make social media a valuable tool to create a long lasting impact.

Advocacy on social media has played a major role in the Black Lives Matter movement, which sparked a wave of social media posts intended to inform the public through platforms such as Instagram, Twitter and TikTok. Though many of these posts are filled with unreliable information, they are becoming increasingly significant in social justice movements as a way to easily disseminate information to younger audiences.

According to a Pew Research Center poll, social media helps many people, particularly marginalized groups, become more involved in politics and social justice movements. It’s a place where voices that may be silenced in everyday life are amplified. According to the study, around half of Black social media users said they value their social media accounts as a place to express their political views or discuss issues that they value, compared to only about a third of white social media users.

“Social media became a good platform for advocacy when there started to be stories and highlights for you to really capitalize on what your thoughts are and really speak your voice,” Lynbrook Class of 2020 alumna Amanda Zhu said.

Amid a country shaken by both protests and a pandemic, many social media accounts transitioned from platforms about themselves to platforms about recognizing others. For many teens in this community, it is the first step in learning about current events or social justice issues.

Sophomore Avishi Reddy said that she was aware of cultural appropriation before, but learned more about it on Instagram. She decided not to put her hair in protective styles typical of Black hair culture such as box braids or cornrows after educating herself on the topic.

“[I learned that] slaves, when they were on plantations here in the U.S., would braid patterns into their hair, and these were their escape routes — this is how they survived in the past,” she said. “Even if it’s with good intentions, it wouldn’t be right for me to just steal that without experiencing what the real story was.”

However, many social media posts that claim to be informative oversimplify complicated issues. These posts prioritize consumable graphics over unbiased and credible information. It is common to whittle down complicated topics into a few aesthetically-pleasing bullet points or tweak information to make it more eye-catching to the user.

“[I saw a] post about an African American boy who had been killed by the police and I initially believed it, but then when I looked at the comments, a lot of people were saying that it was fake,” said sophomore Brian Ling. “When I searched it up it turned out that it was [actually] a murder [by someone who wasn’t the police].”

In a world where clicks and attention equal fame and revenue, it is no surprise that some advocacy posts on social media prioritize likes and views. Many social media accounts only aim to grab people’s attention, which can lead to the spread of information that has been taken out of context or is downright false.

As social media advocacy becomes increasingly common, many people feel pressured to support movements only because the people around them are doing so. Often, people who only advocate to avoid accusations of being racist or homophobic repost on social media without taking the time to evaluate the information they are spreading. This lack of fact-checking can cause false information to spread even further.

Staying quiet on social media doesn’t directly translate to not caring about what’s going on in the world. What happened to uncomfortable conversations with relatives? Or late night discussions with friends?

“Not everyone has to say something on social media,” said junior Talia Chen. “Someone could still be donating and signing petitions.”

Taking action by signing a petition can sometimes be more impactful than posting on social media because it directly helps the cause. Being active on social media does not equate to caring about a movement.

The counterproductive hashtag #blackouttuesday, a blatant example of performative activism, was an idea with good intentions that quickly turned disastrous. On June 2, millions of Instagram users posted a black square in support of the Black Lives Matter movement, but it only made things worse—the sudden influx of posts took up valuable space in otherwise useful hashtags such as #blacklivesmatter on Instagram, drowning out important information about petitions and protests.

In a matter of hours, black squares with the caption #blackouttuesday became normalized to a point where they became a mere trend, providing no impact at all.

But this isn’t to say everyone should stop posting about social issues that matter to them or no longer use people’s Instagram stories as a source of news. Spending hours Googling every piece of information isn’t necessary, either. Doing something as simple as taking a second to check the comments of a post can give a reader a good sense of whether the news is trustworthy or not.

Advocacy through social media is not going to go away any time soon. By being careful to not spread misleading information, while still advocating for issues we care about, we can make social media a valuable tool to create a long lasting impact.

“In social media, there’s two sides of the coin,” Thirumaran said. “On one hand, it spreads awareness; it spreads positivity. At the same time, there’s people who take advantage of the good parts [by] spreading misleading [information] and hate. But I feel like if we focus on the good aspects of [social media], then we can make the best out of it.”