Dear seniors: In retrospect with 2020 vision 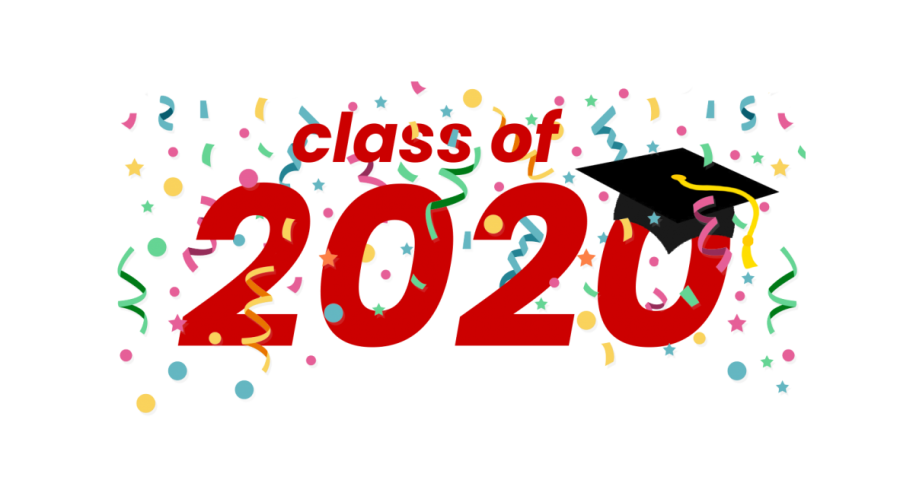 Our Homecoming theme was “Into the Wild,” and “Into the Wild” was right. That summer, we took our first steps into the great frontier that is high school. I myself had no plans to participate. I thought I had enough on my plate that summer, what with test preparation, summer camps and Valks practice. Yet somehow, one September afternoon, wearing my dad’s old dress shirt, I found myself at Miller practicing my role in the skit as the host. A class officer had reached out to me to fill the spot after someone had dropped out. Through this experience, I grew to love the homecoming process and the hard work that went into making everything happen, until…What? Last place at the rally?! Upperclassmen said that was how things worked, though that was little consolation. Freshmen always got fourth, sophomores got third, and so on. Little did I know, 2020 would have to get comfortable with fourth place for far longer than the extent of freshman year. What can I say? We broke the mold.

I still so vividly remember walking into Ms. Della Santina’s AP Biology class the third week of school, absolutely mortified as I took in the scene of upperclassmen staring back at me. For the second time in the short period since my high school career had begun, I had walked into my third period classroom during second period. In that moment, I was overwhelmed with embarrassment. To be fair, I was very easily overwhelmed. Overwhelmed by the new campus, the new teachers, the questionable cafeteria food, and the light-hearted teasing that we faced over our homecoming skit, later to learn that all of this was almost ritualistic—a rite of passage, some might say—when transitioning into high school.

Speaking of biology, let’s just say it wasn’t my forte, so the occasions where I was excused from class to prepare with the dance team for rallies were like their own holiday. Between long practices, football halftimes, rallies and competitions, the strenuous but thrilling feeling of joining the dance team was unparalleled. Although I quit the next year, I had already formed friendships that would last me a lifetime.

By sophomore year, we were finally getting into the rhythm of life at Lynbrook. No more silly freshman slip-ups, right? Wrong. Against the cautionary tales of practically every junior we knew, we puffed our chests and took Chemistry Honors. Even hearing “stoichiometry” unearths traumatic memories.

On a brighter note, I had taken my place on the Epic staff, a commitment I have obviously kept for the past three years now. What I thought would just be a pretty addition to my college application would turn out to be so much more. Never would I have thought that a last minute application would quickly transform into one of my greatest prides, and I surely could not have foreseen that two short years later I would be writing a column about graduating high school.

Junior year was everything I feared it would be and more, so I’ll keep it short. Good luck, Class of 2021. There is a light at the end of the tunnel.

Huh? How is it 2020 already? In the blink of an eye, we became seniors. Wary of taking any moment for granted, we cherished every last first we would have, anticipating last first days, last first rallies, and more. We had undergone so much change over the past three years, having suffered through teenage drama, AP testing and college preparation together. Some things never change though: we took fourth place at rallies like champs.

For most of us, October 31st is seared into our minds. Not because we were out knocking on doors for candy, but rather, that night, we all scrambled to finish (or start) the first of our individual college applications, and cried in solidarity with one another over text and call, feeling the pressure of Early Decision deadlines. In the following months, there would be no shortage of late nights, depending on one another to review essays that college counselors were tired of editing. To our disappointment, we stumbled upon deferrals, waitlists, and rejections, each one a more painful blow than the last. And yet here we are, in the final stretch of this marathon.

Now we’re off to college and after everything we’ve been through, we can’t even say a proper goodbye. Looking through past yearbooks is a tough reminder that our high school experience has been compromised and the second semester we all dreamt of will stay that way—a dream. I would have loved to see everyone all dressed up at Senior Prom, or suffocating under a thick graduation gown and layers upon layers of congratulatory leis and bouquets.

This is not the last time I will see you though, that I am sure of. As cheesy as it sounds, I look forward to seeing your familiar faces grace the pages of Forbes and Time magazines in the future, all successful in your own beautifully unique ways.

I know many of you are devastated that our time together at Lynbrook has come to a premature close. That goes without saying. High school has been a bumpy ride—the conflicts, the friendships, the wins and losses. All the misshapen bits and pieces that form the bizarre puzzle that the Class of 2020 has built have carried us through the past 3.75 years, preparing us for bright futures ahead. I hope we all can properly celebrate someday andI wish our time together was not so short.