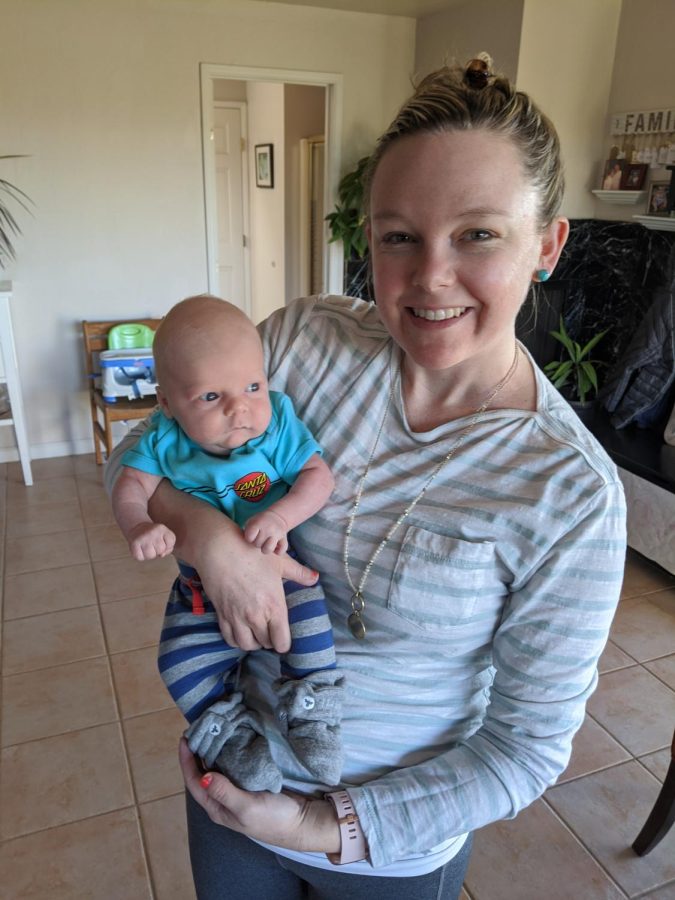 “When my baby first smiled at me, I melted like Olaf from Frozen,” said Daniella Howard, new mother and Drama and English teacher.

Howard has been on maternity leave since the beginning of second semester and will return next school year. She has been using this time to welcome her first baby, Benjamin Douglas Howard, born on January 5, 2020. According to Howard, the entire process has been both wonderful and challenging for her.

“Being a mother has strengthened my faith and made me less fearful of the unknown,” Howard said.

When she first found out she was going to be a mother, Howard was so excited that she did not sleep a wink. Subsequently, she and her husband took baby classes at Kaiser Permanente that taught pregnancy basics, such as how to lead a healthy lifestyle and what to expect during labor and breastfeeding. In addition, the couple got to work setting up a nursery. They decided to theme the room with gray, white and royal blue and purchased many stuffed elephants to go along with it. Howard and her husband also went shopping for cute new baby clothes, but they made sure not to go overboard and bought many used or fair trade items.

“My nephews and nieces were so excited when they found out. The whole family voted whether or not they thought it was a boy or a girl,” Howard said.

Throughout her pregnancy, everyone around Howard was extremely supportive, including all her friends, family and fellow teachers. The English department even threw Howard a baby shower party at Aqui.

“It’s been awesome of them to help so much!” Howard said. “It definitely takes a village to raise him, and I feel so much support as a new parent.”

Although being on leave is enjoyable, allowing her to relax and spend time with her baby,  Howard admits she misses her students and job.

“I miss my daily fist bump from my students and their positive energy!” Howard said.

Her students feel the same way as she does. While their substitute is doing a great job, they miss the friendly energy that Howard brings to the class.

“She gives off a vibe that makes you feel safe, comfortable and light when you’re around her,” Drama student Sophia Zheng said. “She’s such a sweetheart and we really love talking to her after school and during rehearsals for plays.”

In the future, Howard hopes that she can be a model of true love, strength, good faith and humility to her baby. Meanwhile, she is enjoying her time off and looks forward to snuggles with baby Ben for the rest of her maternity leave.