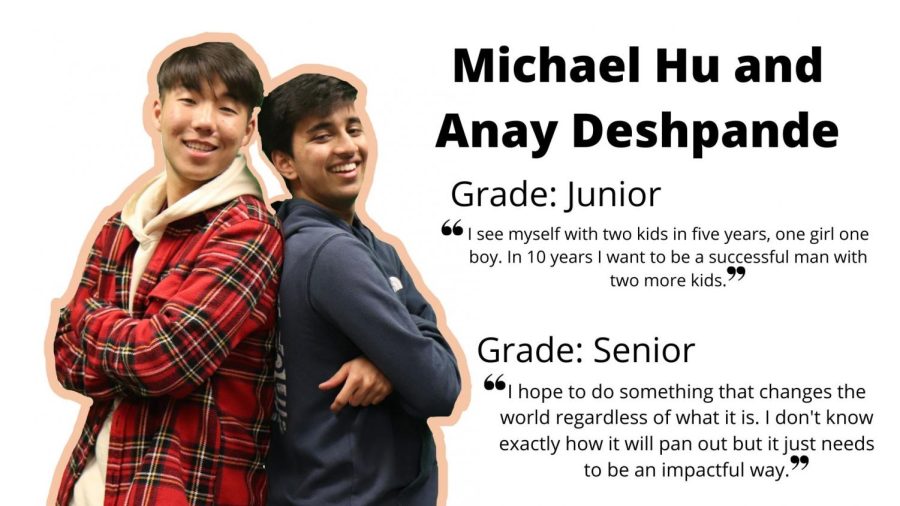 After meeting in a Lynbrook computer science class, the two quickly became familiar with each other when collaborating to solve difficult problems. Not long after, they discovered their shared sense of humor, and from there, their comedy channel, Witty Committee, was born.

Their hectic individual schedules have caused them to put their channel on hiatus. Hu plays bridge competitively and is preparing for the ACT; Deshpande is a member of both DECA and FBLA and is currently anticipating college decisions. Even so, they do not foresee a permanent end to the channel anytime soon, especially due to the fanbase that has built around their videos.

“I was somewhat surprised,” Deshpande said. “I didn’t expect it to blow up like that. We thought it was cool, but we didn’t know other people would. We weren’t expecting that reaction. It just happened.”

From filming cooking challenges to belting out songs in public, the pair has come to love making funny videos for the internet. While there are similar videos already online, Hu and Deshpande add their own personalities into the mix, which is why many of their friends and peers look forward to their periodic posts.

“We have a lot of inspiration off YouTube, so we just try to add a little bit of our own spice to their ideas,” Hu said. “Sometimes we can get a little bit nervous but it’s fun. We’ll do it because it’s funny. We just have to get in the mindset.”

During the process of starting a channel and subsequently building their brand, the two have grown closer than they would have ever thought before. While they have their own individual accomplishments in respective fields that they bear proudly, Witty Committee is undoubtedly one they are happy to share.

“One of the things we’re most proud of doing? I’d say for us, together, it would be just coming up with the channel and launching it,” Deshpande said. “I guess the dream is us still being a duo and doing something related to entertainment.”

Though their channel is on hiatus now, be sure to catch up on their existing videos and stay tuned for when they pick it up again!