Cooking into my culture 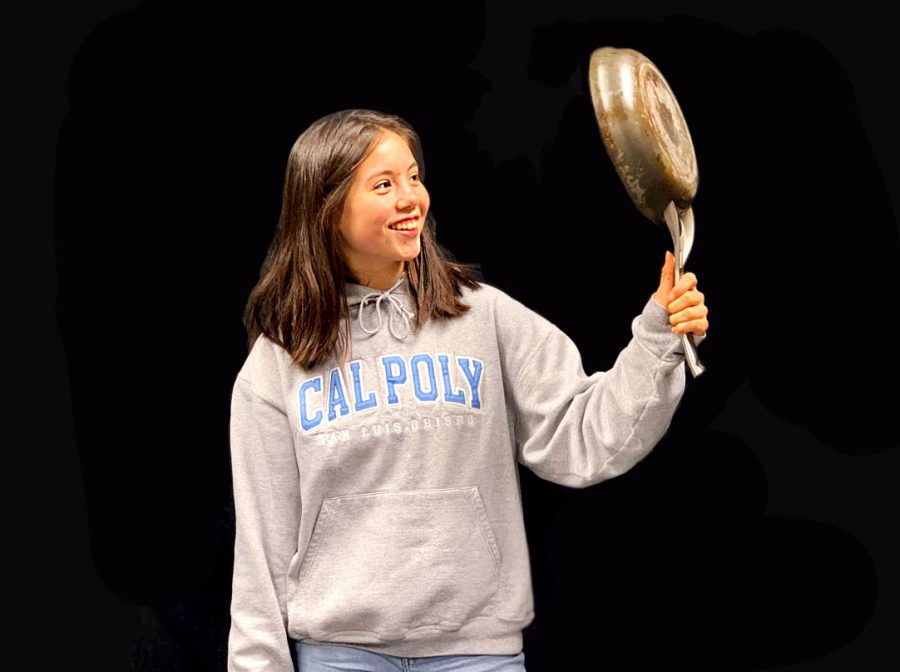 For writer Mei Corricello, cooking together with her grandmother allows her to feel a stronger connection to her Chinese heritage.

It was Chinese New Year, and steaming plates of spring rolls, dumplings, braised fish and oranges were spread across the table. Each dish represented something special for the upcoming year, from fortune to wealth. I smiled across the table at my grandma, proud of the feast we’d prepared.

In the past, I had never truly felt connected to my Chinese heritage, since in our household, we never emphasized many cultural traditions. This year, however, was different. Cooking together with my grandmother, we established a new relationship which grew my cultural knowledge and awareness.

I grew up in a mixed race household, part of which was Chinese. My parents emphasized learning the Chinese language, so I attended immersion programs and summer camps all my life. My interest in China, however, was limited exclusively to the classroom.

I enjoyed Chinese food too; I ate it every time our family met up at my maternal grandparents’ house for Christmas. I remember flying in late at night and sitting down to fresh meat pies. Inside, there were ten layers of juicy meat, dripping with vinegar. My grandma never ate with us; instead, she stood at the end of the table, making sure everyone’s plates were constantly filled.

This past summer, my grandparents moved across the country from Wilmington, Del. to Walnut Creek, Calif. Recently, I had signed up to bring Chinese food to class for a school project, so my mom suggested we call my grandma to come over and help me prepare the food.

She arrived bursting with energy, and she brought with her ingredients from the Chinese supermarket. She taught me how to make the dumplings she’d fed me my whole life, instructing me to wrap juicy beef and carrot filling with small circles of dough, and then pinch the two sides together with rippled seals. Her fingers moved gracefully yet firmly, as the most important part was to close the dumpling well so it would not burst open in the boiling water. She recounted old stories of me as a two-year-old stuffing my chubby face with more than seven dumplings while the rest of my aunts and uncles watched in shock. Everyone was amused by my large appetite, and they credited my grandma for feeding me food I loved.

We rolled green onion pancakes before flattening them and pan-frying them to a golden brown, making sure the pockets of oil did not burst—“that’s what makes it delicious,” she said.

As we waited for dough to rise and water to boil, my grandma asked me about school, sports and friends. We laughed as she helped me make funny sentences with the Chinese phrases on my homework sheet. She told me about the art class she took at the retirement community, how watercolor was new to her because she is used to oil painting.

“You’re a natural at cooking,” she said to me. “No one else understands what I show them, but you always get it on the first try.” It felt special to be her favorite, the grandchild that would carry on her culinary heritage.

I think back to where that heritage originated, in a country on the other side of the world where my ancestors lived. By cooking dishes from the Chinese cuisine, I experienced the essence of the country in my kitchen. Chinese culture transcends the language; it is about family and bringing people together. I’m grateful that through Chinese cooking and food, my grandma gave me an opportunity to pass my culture on to later generations.