The effects of sleep deprivation among adolescents 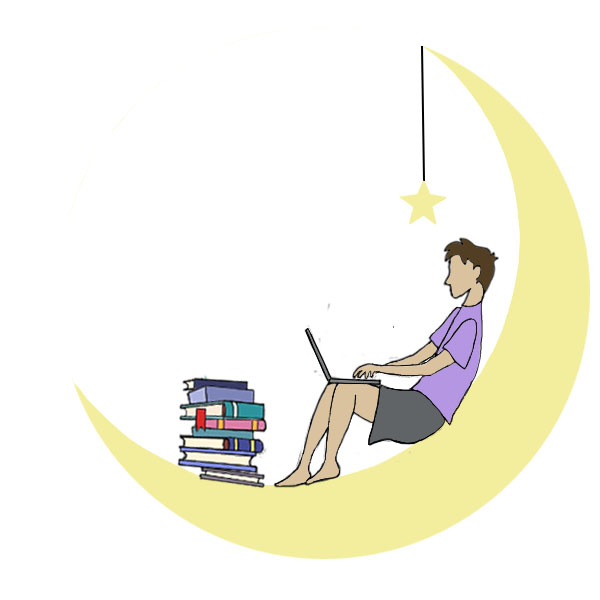 Potential factors for lack of sleep in Lynbrook students include the amount of homework they receive, the number of extracurricular activities they participate in, and the amount of time spent on devices.

As each day comes to an end, sophomore Aryan Dwivedi finds himself struggling to stay awake. On a regular school night, he gets around six hours of sleep and sometimes even less after working on extracurricular activities, such as his Synopsys application. Throughout the day, he is attentive during class, but soon enough, exhaustion catches up to him in the evening, and Dwivedi eventually finds himself unable to continue working without taking the time to take a break and rest.

Dwivedi is among a generation of teens growing up chronically sleep deprived. From the 2015 Youth Risk Behavior Surveys, the Centers for Disease Control and Prevention found that 73 percent of high school students nationwide regularly get less than the recommended eight to 10 hours of sleep in what has been described as a sleep deprivation epidemic.

“I know getting six hours of sleep is not enough,” Dwivedi said. “The thing is that my body has adjusted to make it seem like it is enough. For the flat five hours that I need to be active in school, my body is adjusted, but then I feel dead by the time 7:30 p.m. rolls around. I know there is an issue; it just gets shifted to a time when it’s not affecting my school hours, but it is affecting me — I do not want that to happen.”

Consistent lack of sleep has detrimental effects on people’s mood, memory and overall health. Many studies have found that sleep deprivation is linked to impaired attention, memory, concentration, reasoning and problem-solving skills.

“Getting the full nine hours of sleep is really important because you are getting more rapid eye movement sleep near the end of these nine hours compared to the beginning, and that affects different parts of your memory,” said Lynbrook alumna Whitney Li who majors in psychology and molecular and cell biology at the University of California, Berkeley.

In a survey of 404 Lynbrook students, the most common reported cause of sleeping late at night is studying for tests and completing homework, which affects 87 percent of respondents. In addition to schoolwork, 54 percent of respondents noted that participating in extracurricular activities has contributed to going to late sleep times, as it forces them to stay up later to finish homework and prepare for the next day.

While schoolwork and extracurricular activities are always a drain on students’ time, increasing screen time presents a unique challenge that Generation Z students face — one that was less prevalent in previous generations. Screen time is the second most common cause of going to sleep late, affecting 60 percent of poll respondents. Due to the rapid development of technology, electronic device use has become a central part of daily life. From working on homework assignments requiring the use of a computer to checking the latest posts on social media on a phone, students find themselves spending hours in front of a screen. When in use, devices with screens cause teens to sleep later not only because technology has the potential to be highly addictive but also because they emit blue light, which inhibits the release of melatonin, a natural hormone that signals the body to prepare for sleep.

“I try to stay away from my phone because, otherwise, I get really distracted and will not get sleep,” freshman Varsha Chandrasekran said. “I usually don’t charge my phone in my room, so I do not get distracted. As a result, I can actually have a good sleep because it is not in my room. If I have my phone near me, I would be on Facebook for two hours straight, so I try to keep my phone away from my bed while I am sleeping.”

In the 2018-2019 school year, FUHSD introduced new class schedules for all of its schools, which pushed back the schools’ start times to 8 a.m. at the earliest. This decision was made as part of a larger, ongoing effort to address the critical issues of student sleep and wellness.

“The thought behind moving the start time later is that the sleep right before you wake up, those last few hours, are really important,” Principal Maria Jackson said. “That way, students do not miss out on that last cycle of sleep. The FUHSD Wellness Council was discussing these issues district-wide, and that is kind of where the conversation started.”

Similarly, the state has taken similar steps to push back the start time for schools. On Oct. 13, California Governor Gavin Newsom signed Senate Bill 328, which mandates that California high schools begin no earlier than 8:30 a.m. Taking effect in June 2022, the bill shows promise in addressing the issue of high school students not receiving the adequate amount of sleep.

“A lot of studies have observed that teens have a late melatonin secretion compared to adults,” Li said. “That is what is called a sleep pressure delay, or a late sleep phase. After melatonin begins secreting, you actually sleep one to two hours after that, which is not like most adults, so this is really a very particular thing to adolescence. That’s sort of the natural biological tendency to sleep later. The entire thing with the bill — making schools start later on — can really help teens get the maximum amount of sleep.”

Getting the appropriate quantity of sleep is just one thing that students can do to improve their focus and mood. Daylight exposure in the morning has been shown to lead to better sleep at night as it helps calibrate the body’s internal biological clock. In a study published in 2017 in the journal Sleep Health, office workers who received higher levels of light in the morning were able to fall asleep more quickly and soundly, as well as feel less depressed and stressed, compared to people who were exposed to less light.

Additionally, rather than reading from a smartphone or tablet at bedtime, students can read from a paper book or magazine to help minimize screen time and exposure to blue light. In a study published in 2017 in the Wiley Online Library, participants wore special glasses to filter blue light; after two weeks, their melatonin levels increased by 58 percent, and they reported improved sleep.

Helping students understand the importance of sleep and its effects on the body is an issue that Jackson and many others feel deserves the attention of students.

“We are hoping that through education, we can help students understand that getting more sleep is to their benefit,” Jackson said. “We can’t make students go to bed, but we are hoping that we can help students make different choices that are to their benefit. All we can really do is present information to encourage you to make choices that are good for you.”