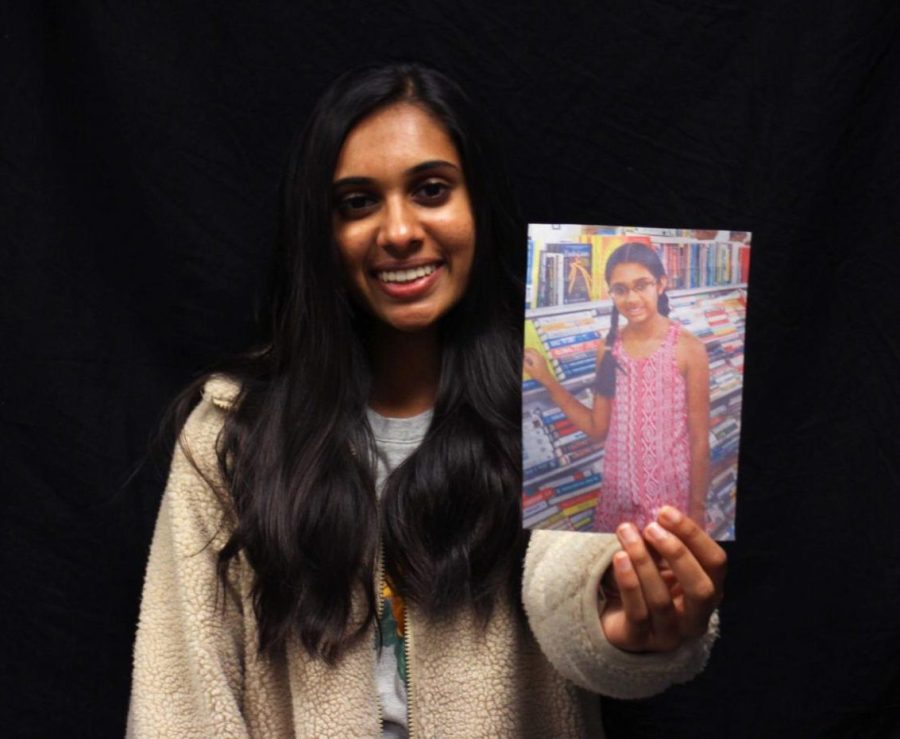 Ironically, I felt like I was happiest when I was at my “ugliest” because I really didn’t care what others said about me

Those clear-skinned girls with a tiny waist but wide hips, sporting crop tops and distressed jeans, showcasing an effortless smile bedazzled with teeth whiter than snow. That’s who I wanted to be, but I was far from it.

When I moved here from San Diego in 2015, I was absolutely ecstatic that nobody here knew what I looked like in the past three years. I was embarrassed by my prior appearance — from my questionable fashion choices (skorts paired with leggings were my go-to outfit) to teeth so crooked they were borderline buck teeth, I was not exactly the definition of attractive.

Now when I think about what I looked like in 2015, I honestly can’t understand how I truly believed I looked good. To cut myself some slack, many of my “upgrades” from then to now were things I did not have much control over. My appearance improved significantly after my braces were taken off and when I opted for contacts rather than thick-framed glasses. As I became more active on social media, I found the inspiration to develop my own style. Though all of these changes happened to coincide, I didn’t realize how drastic the change was until people began to comment on my glow up.

Out of the blue, people began complimenting my outfits or commenting that the way I did my hair a certain day looked nice. I wasn’t used to the attention because people usually looked at me without a second glance, but now that I had it, I loved it — at least, I loved it for a while.

These positive comments also came with their share of criticisms, and suddenly, nothing I did seemed to be enough. People began critiquing smaller flaws — things that I couldn’t change without cosmetic surgery. All of a sudden, my nose was too large, my forehead too broad and my legs too skinny. Every time I looked at myself, all I could think about was the criticism.

In a way, I was less self-conscious before my glow up, even though I didn’t live up to conventional beauty standards and never tried to. Now, I have a breakdown over every little blemish, and sometimes find myself desperately longing to change my features with the snap of my fingers.

I began to feel insecure about my culture and heritage. When others saw my old pictures, I received comments like, “Ew, you looked so Indian.” This made me think that in order to be socially accepted as “attractive,” I had to move as far away as possible from my Indian roots.

I started trying to erase every trace of my heritage from my public appearance. I hid the fact that I did Indian classical dance, and I was terrified of anyone seeing me in public when wearing Indian clothes. To this day, when I do my makeup a certain way and receive comments saying I look “super Indian,” my first instinct is to never do my makeup like that ever again, even if I think I look good.

While these comments made me feel slightly more confident about my current physical appearance, they also made me question Western beauty standards. What’s so wrong with looking “Indian”? No matter what nickname I adopt to avoid the culture associated with my full name, or how much foundation I put on to make my complexion lighter, I’m going to stay Indian. There’s nothing I can really do to erase my identity, so why was I trying so hard to avoid something that was an innate part of myself?

Subconsciously, whenever someone told me I looked Indian, my mind jumped to the stereotypical image of a studious and socially-awkward Indian girl with oily hair slicked into a thick braid. I didn’t want to be that girl. But I didn’t realize that looking Indian didn’t have to mean being that girl.

I’ve always been a people-pleaser, but I’ve finally accepted that there is no way for me to please everyone. I realized that for my own mental well-being, I need to learn how to make myself happy before worrying about others; it sounds cliché, but it really is true. Prior to my glow up, I was so far from the ideal beauty standards that I wasn’t worried about trying to attain them; I already felt that it was an impossible feat.

Ironically, I felt like I was happiest when I was at my “ugliest” because I really didn’t care what others said about me. However, I’ve changed significantly since then. While I am proud of who I am becoming, being a people-pleaser has turned out to be one of my largest hurdles in discovering the best version of myself.

Am I ever going to get to a stage where I don’t care at all about what society thinks about me? Probably not. But stopping myself from letting others’ opinions get in the way of how I dress and present myself is a more realistic goal. I’ll start here, and maybe one day I won’t care about others’ judgments after all. Baby steps!