The Warriors are fun to watch again 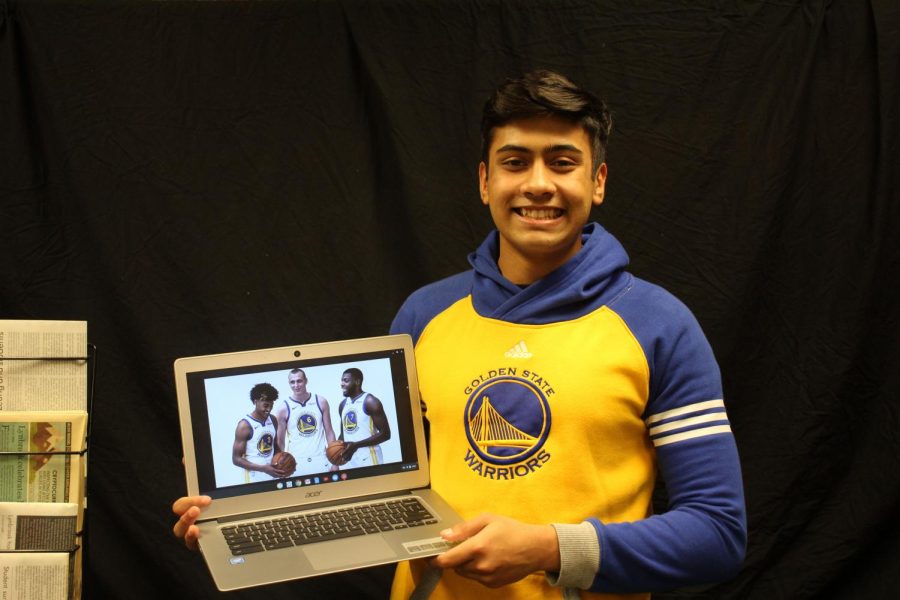 Writer Ron Aich shares his love for watching the Warriors.

The moment Steph Curry hit the hardwood, I knew it was over. Just like his hand, the Golden State Warriors’ slim playoff aspirations for the year were brutally crushed under Aron Baynes’ 260- pound frame. Curry was out for three months, and I was devastated.

Bad luck has its peculiar way with the Warriors. Although they have been the dominant force in the National Basketball Association (NBA) for the past five years, the Warriors were perennially hampered by injuries during that run. During Game 5 of the 2019 NBA Finals, former Warriors All-Star Kevin Durant tore his Achilles tendon and left the arena on crutches. During the following game, All-Star guard Klay Thompson tore his ACL in the middle of a 30-point rampage. The Warriors went on to lose the game — and the championship.

This season was going to be tough. I knew that. With the loss of Durant and grizzled veterans Andre Iguodala and Shaun Livingston, the Warriors were sapped of their bench depth and playoff experience. However, I still had reasons to be optimistic, as All-Star guard D’Angelo Russell arrived in the sign and trade that sent Durant to the Brooklyn Nets. Russell was one of my favorite players to watch last season. His steady demeanor and electric scoring ability made me feel that he was a perfect fit for the team; he provided a scoring punch in Thompson’s absence.

The Warriors also selected Eric Paschall, Jordan Poole and Alen Smailagic during the 2019 NBA Draft. In my mind, this made sense. Poole and Paschall’s play styles meshed almost seamlessly with the Warriors system, and the team was packed with young players with something to prove. Along with savvy veterans Willie Cauley-Stein, Alec Burks, and Glenn Robinson III, the roster appeared as if it  At the very least, I hoped this ragtag bunch could provide enough depth to fight for the eighth seed.

So much for that. Since Curry’s injury, the Warriors’ win record has slipped to a dismal 4-19, and the playoffs are nowhere in sight. In addition to Curry, Thompson and Russell, six other players have also missed considerable time. For a while, I couldn’t bring myself to watch Warriors games out of sheer disbelief. The days of the high-arching three ball that scraped the ceiling and swished into the nylon net were over. The slow, awkward style of this new team reminds me of high school prep teams playing together for the first time, and the results often aren’t even as pretty. There’s only so many times I can watch wide-open jumpers hopelessly careening off the rim.  While the players on the court wore the same jerseys, shared the same team name and ran the same plays, they weren’t the Warriors I knew. They weren’t my Warriors.

When the Warriors played the Portland Trail Blazers on Nov. 4, I was expecting a blowout loss. Portland was a bona fide playoff team fresh off a Western Conference Finals appearance. Their supercharged backcourt of All-NBA guard Damian Lillard and crafty shooting guard CJ McCollum were sure to carve up our league-worst defense. Or at least, that’s what was supposed to happen.

I was in for a pleasant surprise. Golden State was down 63-60 at the half, but I was excited because of Paschall’s 17-point first quarter. The whole team was firing on all cylinders offensively; undrafted rookie Ky Bowman quietly had himself a career night, and finished the game with 19 points and eight assists. Lee also ended with 18 points and a team-high two steals. Golden State was almost unrecognizable in the halftime highlights. The chemistry between the team and the electric atmosphere in the building were almost reminiscent of the scrappy Warriors teams from 2012 to 2014.

It was then that I realized this season wasn’t about winning. It was never about whether the Warriors could make the playoffs or not. The novelty that came with being underdogs has made the season interesting again. In past years, it seemed as if the Warriors were sleepwalking through the regular season to preserve their bodies for the playoffs. Now, with nothing to lose, the regular season finally matters. Knowing the Warriors have a chance to upset the league’s finest on any given night motivates me to watch every game. The pride that comes with punching above your weight is something that Warriors fans know all too well. Until the Warriors are fully healthy, I am excited to see this motley crew of journeymen and undrafted players continue to outshine expectations. These are my Warriors.