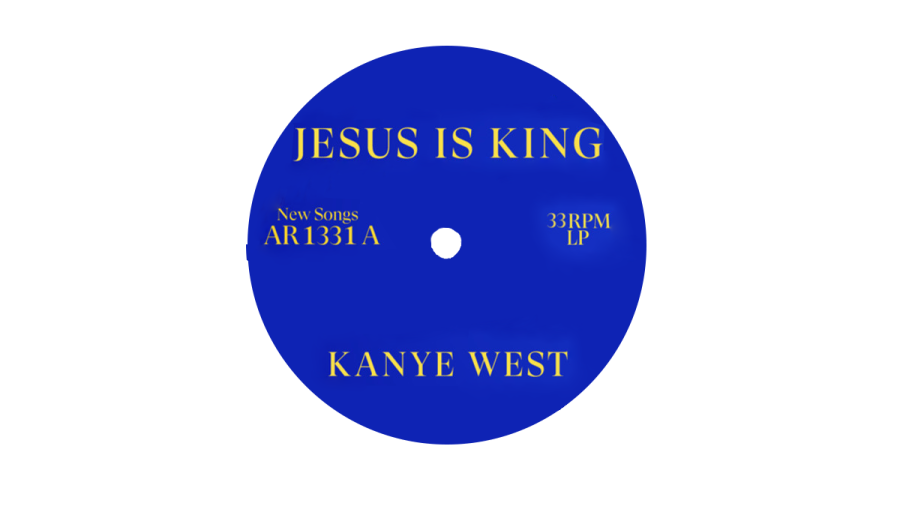 “Jesus is King” by Kanye West

After withholding the release of his album multiple times, Kanye West finally released the gospel-inspired EP “Jesus is King” on October 25. Before its release, the album, previously known to fans as “Yandhi” went through a significant metamorphosis. Initially, Yandhi was meant to be the spiritual successor to “Yeezus,” West’s experimental industrial-rap record. Around April 2019, however, the project was scrapped when West experienced a personal religious revival.

“Everything that I do is for the church,” West said in an interview with Apple Music Beats 1 podcast.

This awakening resulted in the complete reworking of “Yandhi.” What was expected to be one of West’s more straightforward projects became an experimental fusion of gospel, hip-hop and pop, creating a unique and unclassifiable sound.

Although this album claims to be a gospel project, West’s trademark sound is still present amidst the choir vocals. Shrill sirens, drones and synthesizers reminiscent of previous projects thunder over the lilting guitars and organs. On tracks “Selah” and “Use this Gospel,” West effortlessly switches between gospel and his unique rock-inspired style. The transition from traditional strings to distorted electric bass in these songs builds dazzling crescendos in typical Kanye fashion. These climaxes, combined with West’s angry delivery and the hard-hitting drums, leave the listener in awe.

West also showcases his ability to form beats out of vocal samples, which he has used heavily in earlier albums, such as “Graduation” and “Late Registration.” The track “Follow God” samples a slow soul ballad, which West chops and pitches up to create a joyful, vibrant beat. The sampled beat immerses the listener in West’s vision of a Sunday service as West delivers his most charismatic lines.

At times, West lets the beat ride and allows the original sample to function as the chorus for the song. Through this technique, West swaps a traditional chorus for slowed vocals. In “Follow God,” this decision demonstrates West’s ability to innovate musically while maintaining the project’s gospel theme.

The lack of a traditional chorus, however, sabotages the album by shortening its length. As a result, the album only runs for 27 minutes. The brevity of the songs is something we have never seen from West before. Even on his shortest project, “Ye,” the longest song ran for five minutes; the longest track on “Jesus is King” barely breaks three. As a result, the album feels somewhat incomplete. Songs “Everything We Need” and “Hands On” are brimming with potential, but feel largely unfinished due to the absence of a chorus tying the song together. The album’s choppiness is even more inexcusable considering West himself pushed back his self-imposed deadline multiple times due to his dissatisfaction with the final product. The current version of the album feels mediocre compared to the polished product audiences expected.

The complete lack of passable lyrics in “Jesus is King” also contributes to the sloppiness of the final product. Corny lines are commonplace; even the best music is marred by shoddy lyricism and tacky punchlines. At times, West seems like he is forcing himself to rap about Christianity. The song “Closed on Sunday” features a seemingly distant West, who raps, “Closed on Sunday, you my Chick-fil-a.” West follows that terrible analogy with more religious eyewash on the song “God Is,” where he spouts clichéd Christian lines such as “King of Kings, Lord of Lords, all the things He has in store.” Such lyrics come off as inauthentic and make some parts of the record almost unbearable to listen to. At some points, “Jesus is King” begins to sound like Kanye screaming “GOD IS GREAT” on a broken record as he describes his relationship with God. It is difficult to take West’s supposed devotion seriously, as the shallow lyrics offset the somber atmosphere created by the instrumentals.

In fact, West’s authenticity since his revival has been questioned by the Christian community, who have accused him of making a mockery of their views. His use of stereotypical Christian sayings in his verses combined with his shallow praise of God throughout the record caused many to question his faith. West himself acknowledges this doubt in the song “Hands On,” in which he says, “What have you been hearin’ from the Christians? They’ll be the first one to judge me, feelin’ like nobody love me.”

For an artist who has infamously developed a Jesus complex over the course of his career — he declared himself the Messiah in 2006 and released the track “I Am A God” in 2013 — one has to wonder how long his religious experimentation will last. Regardless of whether West continues to practice Christianity, “Jesus is King” offers fans a glimpse into West’s future discography; he is releasing a gospel album, “Jesus is Lord,” on Christmas. Although the album sounds incomplete, its high points reveal what a more cohesive Kanye gospel project may have sounded like. The quality was also inconsistent throughout the project, but West’s gospel music will only grow stronger as he becomes acquainted with his new sound.