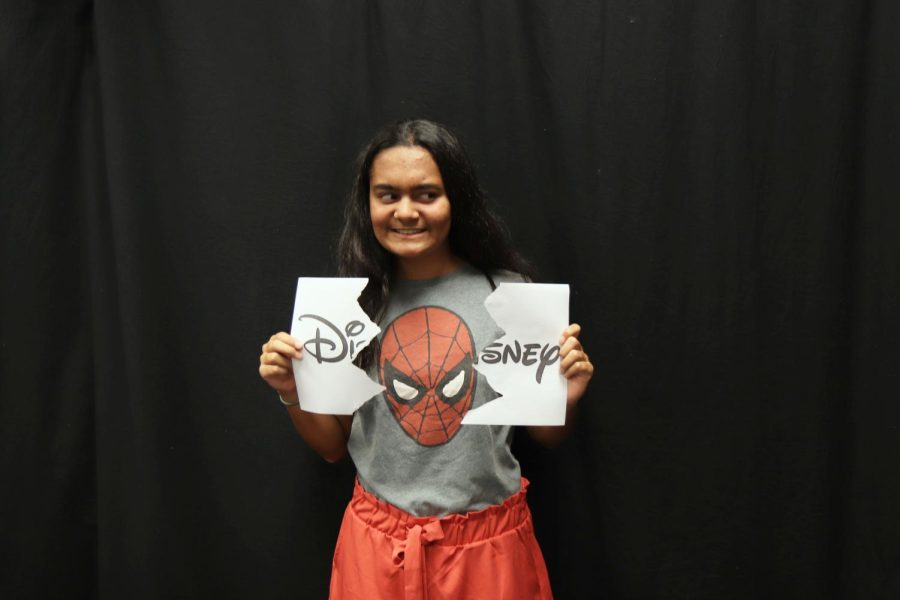 "It is hard for me to see this breakdown as anything except an attempt by Disney to conquer yet another production studio."

When Spider-Man fans joked that the next movie in the trilogy would be “Spider-Man: Homeless,” they could not have foreseen the major custody battle that Disney and Sony would undergo over the iconic character, momentarily leaving him stranded between opposing sides.

Although Marvel is a seen as a box-office guarantee these days, this was not always the case. Following a string of commercial failures in the late ‘90s, Marvel sold the movie rights of its most famous heroes—Spider-Man, the X-Men, the Fantastic Four, Black Panther, Thor, Deadpool and more—but still retained some degree of creative control over the finished products. This pattern held up with varying degrees of success until late 2009, when Marvel Studios was acquired by Disney. This is when the extended Marvel Cinematic Universe (MCU) that we know and love began taking shape. Disney began buying up the rights to these characters, and many studios were willing to negotiate as they lost hopes of profitability (think: “The Incredible Hulk”).

The outlier was, by far, Spider-Man. The wildly popular web-slinger was beloved by fans across the world, even with some sour notes along the way (“Spider-Man 3”, I’m looking at you). For me, the 2002 Tobey Maguire-Sam Raimi Spider-Man movie is what hooked me into superhero movies, but the 2016 announcement that Spider-Man would be joining the MCU was wonderful news. It was, ironically, a “Homecoming” of sorts when Spider-Man finally joined the Avengers.

The deal was that Sony would produce the movies and keep 95 percent of the profits, while getting to use other Marvel characters. Meanwhile, Marvel would be able to use Tom Holland as Spider-Man and retain profits from the character’s merchandise. This was a great deal for the fans; we got Spider-Man in the Avengers films, and a set of goofy Spider-Man movies that portrayed Peter Parker like the high school nerd that he really is. With “Captain America: Civil War,” “Spider-Man: Homecoming,” “Avengers: Infinity War,” “Avengers: Endgame” and “Spider-Man: Far From Home,” Tom Holland officially became the only Spider-Man in five movies, and fans were thriving. However, when “Far From Home” collected more than one billion dollars at the box office, Disney decided that 5 percent of the profits was no longer enough. By Disney’s terms, Sony would still bear the full movie production cost, and Disney would take a larger chunk of the profits. Sony refused this lopsided deal, and the agreement disintegrated.

It was hard for me to see this as anything except an attempt by Disney to conquer yet another production studio. Over the years, I have watched Disney gobble up company after company. From LucasFilm to Pixar to Fox Studios, all have succumbed to Disney’s unchallenged power at the box office. Now, it’s clear that the market is saturated; every movie looks just like the other, all out to take advantage of an audience’s nostalgia. From the naked cash grab that was “Avengers: Endgame” (nothing screams “taking advantage of nostalgia” more than time travelling to other movies within the franchise), to borderline creepy remakes (who thought that using animatronics for “Lion King” was a good idea?), Disney has lost sight of the love and creative genius that went into their earlier movies. Nowadays, their movie-making strategy is brutally simple: profit trumps everything.

Wake me up when American production studios start investing in the ideas of tomorrow rather than tired fossils. Yes, making up new stories is hard. And yes, not all of them will reign at the box office. But audiences are frustrated with the greed that handicaps today’s movies. Maybe, just maybe, I’ve had my fill. Do I really need yet another carbon copy remake of the same superhero formula? I don’t want to watch Peter Parker turned into a cookie-cutter Disney superhero. I was drawn to the 2002 “Spider-Man” because it was something novel; it made me feel something new. With just one company dominating so many different realms of moviemaking, everything is starting to blend together, and it’s becoming increasingly difficult to find a movie that feels like a breath of fresh air.

Sony remains one of the companies not under Disney’s thumb, and Disney tried to conquer them in August by bullying them into unfair terms. Disney’s hunger for money forced Sony to take a stand, and Disney punished them by cutting off Spider-Man’s arc with zero regard for the storyline or the loyal fans that have been following the teenage web-slinger. This left Sony is in a tight spot for the next Spider-Man movie, as the first two focused heavily on his connection with Tony Stark. To further complicate matters, the cliffhanger ending of “Far From Home” demands a sequel, which meant that Sony could not get away with simply not making another Spider-Man movie. Additionally, the movies linked with Marvel were widely hailed as being much better than the previous iterations; if a Sony Spider-Man movie was found lacking in any way, it seemed inevitable that Sony would become the villain in this deal. It can be easy to forget that Sony has proven their prowess with “Into the Spider-Verse,” which was praised for its inclusivity and even received an Oscar. Meanwhile, the plot of “Far From Home” played on overused Marvel gimmicks, especially with a villain origin story that centered around Tony Stark (I’m begging you, please stop with the Tony antis). Perhaps Sony’s divorce from Marvel would have given it the breathing room that it needed in order to bring something new to the table once again.

Alas, my cautious optimism was short-lived. Anguished fans took to Twitter in August, imploring the companies to come to some sort of agreement so that Spider-Man could come back to the MCU. They spoke as true fans, distressed over the future of a revered character; they were oblivious to the way they may have been further manipulating Sony. While it is unclear how much pressure came from audiences and how much of it was fear of having a disastrous third movie without the support of Marvel Studios, Sony entered a new deal with Disney on September 27. Disney will be taking 25 percent of the profits this time around, a major increase from the 5 percent they had settled on in 2016. Does this mark the downfall of Sony? Will they soon be engulfed in the Disney Kingdom?

As always, the decision lies ultimately with the consumer (July 16, 2021 is not that far off!). As someone who loves Peter with all my heart, I am inclined to overlook this hiccup. I choose to hope that Sony will exercise creative control over the 2021 movie and not let Disney’s formulas muddle their work. I can tell myself that Sony will be taken more seriously now that they’ve shown their commitment to the character. Is it wishful thinking? Probably, but it’s all I’ve got.