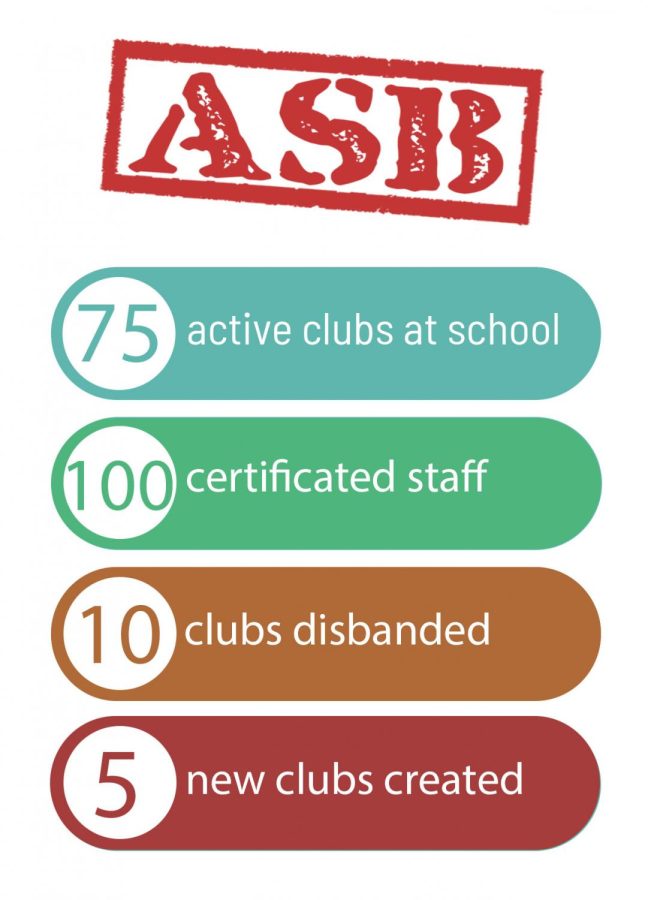 The impact of the new club review system that made way for new cubs on campus.

New faces stream into a classroom during lunch, bright in anticipation of the first club meeting. After club officer introductions, students listen to the officers’ presentation and laugh at jokes while munching on snacks. An ASB club reviewer checks off items on a list of criteria to judge the quality of the meeting.

Starting last year, ASB reviewed clubs to test the validity of club documents and shut down inactive or sparsely attended clubs. Despite some controversy, ASB’s new policy is transparent and fair.

Currently, there are five ASB Club Commissioners who manage around 75 clubs on campus. They are tasked with ensuring that each club adheres to the Club Handbook, a document outlining club regulations. Due to the number of clubs, ASB Club Commissioners must enforce strict deadlines for club documents to avoid favoritism.

The review process was instituted because it was difficult to pass new clubs when Lynbrook already had so many. Few resources remained for those who wanted to form new groups.

“It is not fair to have such a high barrier to form a new club when there are clubs that have been formed years, sometimes even decades, ago that ‘took up’ a spot and now don’t hold up to the standards that all clubs agree to,” ASB president Stephen Yang said.

With only 100 certificated staff, it is harder for new clubs to find advisers who have the time for new clubs. But all clubs should be given an equal chance at being passed, regardless of when they were proposed. Ideally, passing a club should not depend on finding an adviser because ASB judges clubs based on the four criteria: purpose, quality of events, differentiation from other clubs and member engagement. It would be unfair for new club proposals to not be passed because of a lack of an adviser.

Last year, two clubs disbanded themselves, and ASB shut down 10 clubs, allowing space for new clubs such as Smash Club and Zentangle. Although some of the clubs that were shut down were popular and unique, most of them were shut down because they did not follow ASB regulations.

Regulations include having at least 10 non-officer members per meeting and notifying ASB when cancelling a meeting. Failure to do either results in a reprimand. After four reprimands, the club is disbanded for the rest of the school year. These rules are necessary to assess club activity with an objective system. To avoid fabricated numbers, ASB also interviews advisers to verify information.

One major concern with the system is that clubs could be unfairly reprimanded and that the system is not as transparent as it could be. However, when ASB issues a reprimand, it contacts the club president and states reason for it. If a club feels it is unfair, they can appeal decisions by writing an email and voicing their rationale. The Assistant Principal of Activities, the Commissioners and the club then meets to discuss the issue. ASB adviser Jason Lee hopes to refine the club review process further through student input.

“I would encourage students to give feedback not only to ASB but to their Leg Reps,” Lee said.

Since the number of staff who can serve as advisers limits the number of clubs, ASB’s new policy is necessary to clear space for new growth. At each step in the review process, clubs have the ability to appeal decisions, and the expectations for clubs’ activity and promptness in submitting forms are by no means unfair. ASB has implemented an objective system that provides consistency and transparency.