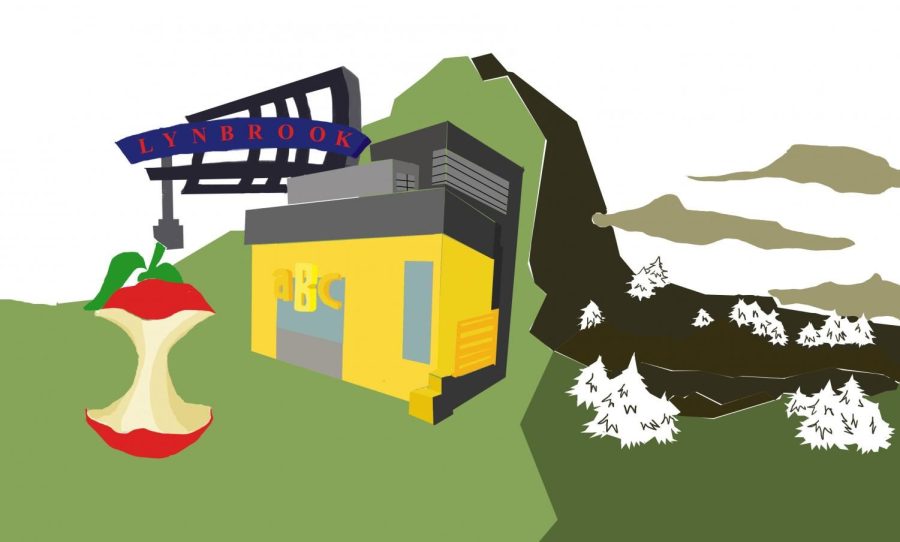 Behind the progressive City of Cupertino is the little-known Lehigh Permanente Cement quarry, the largest polluter in Santa Clara County.

Up in the hills of Cupertino, cement quarry Lehigh Permanente has been polluting the environment by releasing dangerous greenhouse gases and dumping toxic pollutants into nature. In May 2019, Lehigh announced their plan to expand the mine, triggering backlash from environmental activists.

“Our Boy Scout troop regularly hikes at San Antonio Ranch, so we pass by the quarry,” said sophomore Raymond Shao. “It is pretty large, a hole about the size of Lynbrook’s library.”

In the future, the quarry will grow even more noticeable to hikers as the development expands into the mountains of San Antonio Ranch. Lehigh is the largest polluter in Santa Clara County, and the amount of pollution is only expected to increase after expansion. However, Lehigh is also crucial to the county because the quarry is the only supplier of the cement needed for construction.

Environmental activists such as senior Isabella Chen argue that our local leaders need to do more to prevent the increase in pollution. Chen joined Young American Policy Advocates (YAPA), a youth activism organization, because she wanted to make a difference in the community. Over the summer, mentors knowledgeable and passionate about the issue led students in research and advocacy.

“Lehigh’s current quarry is not only the third-highest polluter of California but also the source of elevated dust levels in our area,” Chen said. “YAPA students spoke at city council and the board of supervisors meetings and discussed the issue with the current Santa Clara County Supervisor Joe Simitian.”

Chen collaborated with students from FUHSD and other school districts to prevent Lehigh from expanding and causing further environmental damages. Though the quarry has been around for decades, officials have taken little action to reduce the pollution.

Critics complain that the Bay Area Air Quality Management District (BAAQMD) is condoning Lehigh’s actions by not regulating the quarry even though they have found environmental violations; however, BAAQMD argues that they need to consider many other factors as well.

“We compare the cost to the estimated annual profit for the facilities that are going to be impacted,” said Greg Nudd, the Deputy Air Pollution Officer at BAAQMD. “Through that socioeconomic analysis, we can estimate the job losses.”

BAAQMD argues that Lehigh Permanente provides work for 180 employees and creates economic opportunities for many people in the county. Instead of reducing mining efforts, BAAQMD wants to minimize pollution by changing the way Lehigh processes cement by making it more “green.”

“One of the things that we funded with our climate grant program this year was an effort by Marin County to incorporate green cement into the building code,” Nudd said. “I’m very hopeful that that process will offer us a pathway to improve the market share of green cement in the Bay Area.”

To make green cement, the plant decreases the amount of clinker used and substitutes it with greener materials like ash. Clinker is produced by burning coal, so a reduction will decrease the amount of carbon dioxide released into the atmosphere.

However, some Lynbrook students who learned about the Permanente Quarry’s negative impacts disagree with BAAQMD’s gradual approach and believe immediate action is needed to stop pollution.

“I believe that Lehigh Permanente Cement must be regulated,” Shao said. “We need to save the environment because it is very crucial to our existence as mankind.”