Endgame broke my heart, but I will never forget what my heroes taught me 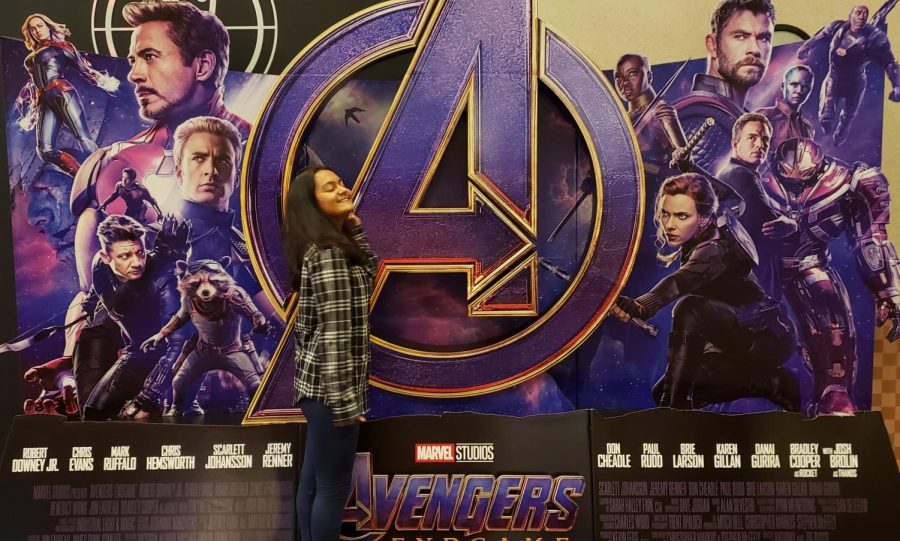 When I was younger, I sometimes struggled with making friends. I didn’t like playing outside, and I didn’t really understand the point of sports. As an intellectual, I hated movies and spent lunches in the library. All this changed rather dramatically in 2014, when my family got a Netflix subscription. Even though there was a seemingly infinite number of movies and TV shows to choose from, my seven-year-old sister and I could not agree on a single thing to watch. Despite our protests, my mom swooped in and put on the original 2002 Spider-Man movie starring Tobey Maguire. I slumped over in my seat, annoyed to watch fighting and action, because violence was for illiterates.

But somehow, that movie changed my mind. I fell in love with Spider-Man, the Marvel Cinematic Universe (MCU), superheroes and action movies in general. It was a rather large revelation to be caused by a two- hour long movie, I must say. Still, I was hooked. Soon, I watched “The Avengers,”, checked out “Iron Man” DVDs from a not-so-local library and began collecting posters of these heroes. Iron Man quickly found a place in my heart as well; his ingenuity, redemption and love for the people around him made him one of my instant favorites.

I love these characters. While I enjoy their funny one-liners and dramatic fight sequences, it was the people behind the masks who drew me into the MCU. Peter Parker, Tony Stark, Natasha Romanoff: they taught me the value of a hero. They made me realize what it meant to be brave, to be selfless. Marvel movies showed me, time and time again, people who rose above their circumstances and worked selflessly to help others. From Steve Rogers volunteering to be a super soldier test subject to Tony Stark battling post-traumatic stress disorder (PTSD) to protect the love of his life, these people, not their superhero alter egos, are who I see as heroes.

Over the years, people have criticized the MCU for being too unrealistic and too predictable. For many die-hard fans, though, that’s part of the appeal: watching these characters overcome extreme hurdles is inspiring, whether by defeating supervillains or learning to work as a team. These characters are far from perfect, but each made the conscious decision to do the right thing. The story doesn’t just follow the fights and the superpowers, it also invests in the emotions of these characters. When they make mistakes, they feel guilty. When people are in pain, they feel empathy. Whenever they possibly can, they are willing to help. If that’s not enough to defeat a supervillain, I don’t know what is.

And that’s how things went along … until “Avengers: Infinity War”. The hype was unbelievable, but for many fans, it was more stress than happiness. The fear of losing these characters was one hundred percent real. For some people, these characters aren’t just fictional. They represent role models, idols, the hope that evil can be overcome.

SPOILER ALERT: This story contains spoilers for “Avengers: Endgame” beyond this point. Reader discretion is advised.

“Avengers: Infinity War” and “Avengers: Endgame” proved to be major turning points in the MCU. The MCU lost three beloved heroes with the loss of Captain America and the deaths of Tony Stark and Natasha Romanoff. The end of the movie was an awful, heart-wrenching moment for fans around the world. As Tony told us, “part of the journey is the end,” but this would be like if Harry Potter ended with the deaths of both Hermione and Ron.

Although the movie ended on an extremely painful note, Endgame was a treat for the fans. The movie was packed with references and easter eggs of increasing obscurity. The more invested the viewer is in the MCU, the more he or she would have enjoyed the film. Parts of the movie also seemed to have been willed into life by internet stans (hard-core fans), as they showcased moments that fans had been hoping to see. The female hero team-up against Thanos, Thor handing the throne over to Valkyrie, or Steve lifting Mjolnir seemed to come straight off of fan posts on Twitter. Moments like revisiting the iconic 360-degree shot of the original Avengers team-up in 2012, Steve responding “I know!” to past-Steve’s declaration that he could “do this all day” or Natasha’s arrow necklace (a subtle nod to her SHIELD partner, Clint) seemed tailor-made to excite fans.

Many fans have called out Marvel movies for unnecessarily torturing beloved characters (think: Loki’s gory death in “Infinity War”) but “Endgame” contained superb handling of these precious heroes. Giving Tony the chance to settle down and start a family, letting Steve get his dance with Peggy and allowing Thor one last chance to speak with his mother showed a tenderness toward these characters that previous movies have not. For example, when Morgan Stark is at Tony’s funeral and she says she wants a cheeseburger, we know that Tony’s legacy will live on.

As the MCU continues to expand, introducing heroes like Black Panther, Captain Marvel, Doctor Strange, the Guardians of the Galaxy and Ant-Man, the time has come to put certain characters to rest. Since the entire MCU can’t be stopped, specific character arcs are completed instead. The events of Endgame represent the end of an era as a new generation of heroes steps up to the plate.

Am I on board? Absolutely not. The idea of a cinematic universe with continuity led to the death of some of my favorite heroes. Still, Tony and Natasha died heroes’ deaths, which only made me love them even more. Natasha sacrificed herself to secure the Soul Stone, and Tony wielded the Infinity Gauntlet to defeat Thanos, even though he knew it would kill him. They sacrificed their lives to save the people they loved, and Steve was reunited with the love that he lost. In my opinion, it was the best possible way to end their arcs — not that I’m over it or anything.

Neither, apparently, is Peter Parker. In “Spider-Man: Homecoming”, Tony Stark took the amateur hero under his wing and with the release of the new “Spider-Man: Far From Home” trailer, it becomes obvious that the death of Peter’s mentor has left a heavy burden on the young superhero. According to studio executives, the movie will follow Peter as the high schooler struggles to cope with Tony’s death and fill his shoes (which is impossible, by the way). The entire MCU will mourn Tony Stark, but Peter in particular will struggle with his grief, as Tony was nearly a father figure to him in “Spider-Man: Homecoming.” Their relationship, affectionately dubbed “Iron-dad and Spider-son” by fans, was further solidified by the iconic “I don’t feel so good Mr. Stark” dialogue from Infinity War.

It is clear to me that the MCU is changing. With three of the original six Avengers out of the picture, the Avengers will never be the same again (The climactic scene of “Endgame” literally featured the original heroes passing the gauntlet to the new generation). Still, I am so thankful for the memories that I’ve made. While I wasn’t in the fandom from the very beginning, I was so lucky to be a fan while MCU movies were coming out in theaters, and so blessed to have been able to come up with theories for months before the movies finally released. Even the year-long wait between “Infinity War” and “Endgame” was a special experience. Rushing to theaters on opening weekends and standing in lines to get the best seats is something I enjoyed every time. Sitting through credits to catch the post-credit scenes and laughing at everyone who left early was a badge of honor.

Through these movies, I was able to find a community of people who thought the same way as me. Marvel movies helped me reach out to people over shared interests. Talking about movies became an easy way for me to start a conversation with people that I didn’t know well, and it led to some friendships that I really cherish (40% of my friendships were initiated due to Marvel movies).

I’ve learned so much from my heroes, and I’ll do my best to make them proud in my day-to-day life. While their deaths shocked and saddened me, I will continue to look up to them as models of lives well-lived. As I cope with the heartbreak, I choose to look ahead and live as Tony, Natasha and Steve would have wanted me to. Even if I never see Iron Man, Black Widow or Captain America on the big screen again, I will never forget what they’ve taught me.