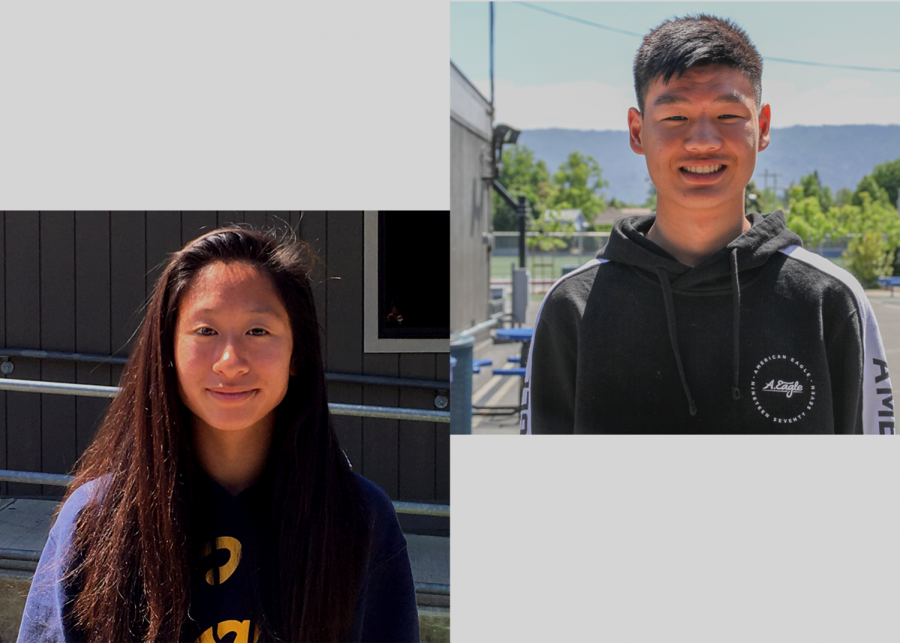 It is well known that playing any sport at a competitive level takes incredible dedication, resilience and skill. It may mean waking up at 5 a.m. every morning to practice the backstroke in frigid waters or running until fatigue hits every day after school. What is surprising, then, is the fact that some ambitious students are bold enough to manage several sports into a single year. Let’s take a look at how two students, freshman Vanessa Su and junior Wesley Sun, manage this incredible feat.

Seeing Su speed across the rippling turf of the hockey field, one would hardly be surprised to learn that the sport runs through through the family. Su started playing the sport competitively this year because she wanted to follow in the footsteps of her sisters, who also played for Lynbrook. Hockey is just one of many of Su’s sports, however. As an accomplished soccer player and a dedicated track and field athlete, Su has always considered sports to be an integral part of her identity.

“I never think of the number of sports I do as ‘too many,’” Su said. “I say if you love it, go for it. I know that each sport I do makes me happy in some way, so no matter how little time I have left for homework, I would never dream of giving any of my sports up.”

Of all the sports Su plays, she considers soccer to be of the most personal significance to her since it was the first one she played . She currently plays as a defender for Lynbrook’s varsity team, and has also considered commitments to the sport outside of school.

Su admits that it is challenging to manage her classes with her sports, especially as academics become more rigorous. She often finds herself struggling to find time to do homework when she has to play a sport every season. Despite the difficulties of balancing it all, Su has few regrets.
“I practically stay back after seventh period every day of the year for practice,” Su said. “I’m so thankful I have such a supportive family that has never discouraged me from going after my athletic ambitions.”

She has made so many memories on the teams she has played for, from pizza parties to playing with Ms. Griffin’s dog during practice every afternoon. She looks forward to continue playing in the upcoming year.

“There’s no better time spent than running at 5 a.m. for week after week with your friends,” Su said. “Those are the most real friendships I have made, and I treasure them immensely. It’s these people that keep me going, and it’s these same people that remind me why I love doing what I do.”

With the grace of a swan swooping into a lake, he slices into the water. His parents watch, enraptured. What started out as a simple swimming lesson when he was six has become Sun’s passion — challenging himself physically through sport. Today, although left with less time for swimming, Sun spends the rest of his time in water polo and track.

“My parents used to joke that I was a fish, considering the amount of time I spent in the water,” Sun said. “They were so supportive, always motivating me to push myself beyond my boundaries. I still keep that work ethic today.”
Sun’s swimming skills eventually led him to discover a new passion in middle school: water polo. He admits to not even having known what the sport was before he watched it for the first time. He discovered the sport by accident as he watched a team play when he attended a swim meet.

Intrigued by the unique game mechanics, Sun decided to try it out on his own.
“I was pretty unsure about water polo, but I gave it a go anyway,” Sun said. “I’m so glad I did. What I liked most about it was that it had a social aspect to it that I feel was lacking from swimming. While working with the team, I developed friendships that made the experience worthwhile.”
As a track and field runner, Sun’s athletic dedication hardly falters when he is out of the water. He started the sport simply because several of his friends were committed to it, but after trying it for several seasons, Sun became fond of the running in its own right.

“I see track as something that keeps me fit. It gives me an excuse to keep pushing my aerobic capacity, something that is also helpful when I’m playing water polo or swimming,” Sun said. “My favorite sports memories probably come from track, because the team is really relaxed and it’s a really fun environment overall.”

Sun admits that he often feels the pressure of managing his time, especially with the stress associated with junior year. As a result, he decided to give up swimming so that his time would be more manageable, but he still hopes to continue it in the future.
“It was pretty tough, giving up swimming, because it was something that was especially important to me. But I was pretty overwhelmed, so I guess it was for the best,” Sun said. “You can’t do everything all at once. But with dedication, you can come pretty close.”