Boys volleyball working in tandem through the season 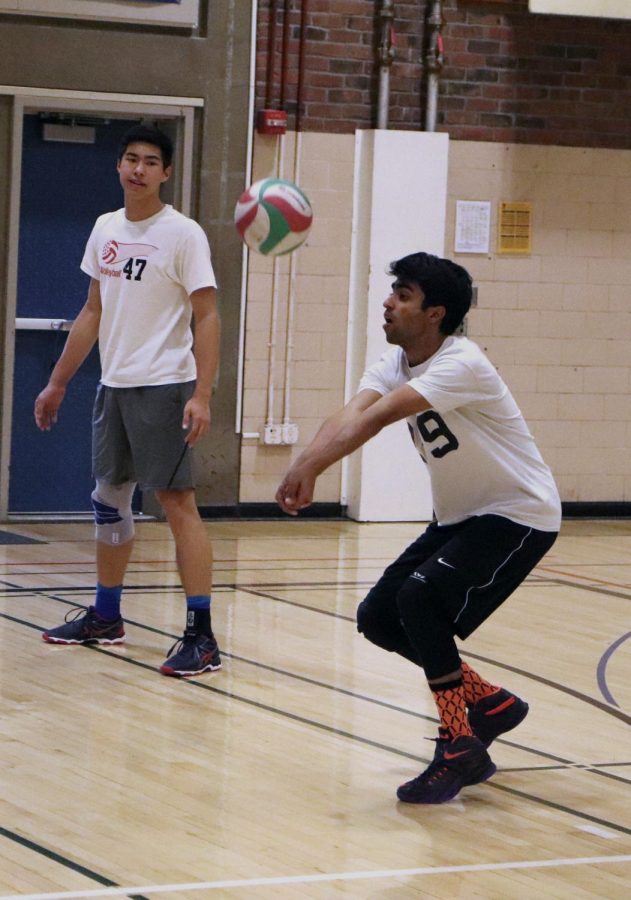 Since February, the Lynbrook boys volleyball team has been practicing in the gym for two hours from Monday to Friday each week. At each practice, players work on the several aspects of gameplay, but mainly focus on hitting and setting, perfecting each move in preparation for upcoming matches. Practices typically begin with a warm up lap and are followed by DROM, a series of dynamic stretches, then scrimmage, an informal gameplay for practice.

The boys varsity team has encountered close games so far in the season, such as its matches against Saratoga High School on Feb. 28 and Los Altos High School on March 13. In both games, the opposing team and Lynbrook both scored two sets. After rallying the ball between Lynbrook and the opposing team, Saratoga and Los Altos both had eventually gained the upper hand and won the third set, winning the games. Although the games ended with a loss, they have motivated the team to continue striving to improve.

“We don’t like it when we lose,” said junior and varsity player Nathan Fang. “[Losing] doesn’t feel good. But at the same time, it keeps us determined and makes us want to win the next day.”

Throughout the season, the team has encountered challenges such as struggling to be cohesive as a team and having an overall smaller stature in comparison to players from other schools. Having a smaller stature has posed a challenge as players are physically unable to match up against their opponents, especially during blocks. To tackle this, the team has worked on their positioning on the court and timing of hits to develop a faster offense which can counteract their disadvantage of having a smaller stature during defense. In response to their lack of cohesion, the team has worked on communication, a key component in the team’s coordination during game play, and building up team chemistry.

“As of now, we don’t have much team chemistry so we are working on that,” said senior and varsity team captain Anson Li. “We are a new team with new players, so we are not used to playing with each other yet.”

Two factors essential in achieving cooperative game play are the team’s composure and trust between the players. Composure allows the players to quickly observe incoming moves and plan which strategy to execute in response. Meanwhile, trust, a critical component of the team’s performance, ensures players to carry out their part to complete their intended game play strategy. The team seeks to develop these two components through team bonding.

Not only do their challenges bring them closer together and strengthen their team chemistry, but also by practicing with the team every day exposes the players to each other’s playing styles. Furthermore, scrimmages during practice assist in strengthening the team’s chemistry as repeated simulations of gameplay help expose the players to each other’s playing styles and habits. This way, the players are able to predict the moves of one another to exemplify good game play. By simulating close games, the team practices on how they should perform to achieve the upper hand, such as communication. During games, the losses that the team experienced together have brought the team closer.

“While we’ve suffered a lot of heartbreaking losses, I think we’ve grown closer because of that,” said sophomore and varsity player Vincent Deng. “You understand what your teammates are going since we gave it our all. So we emotionally bond through that.”

Looking toward the future, the team plans to continue practicing their techniques, such as consistently passing and setting the ball with accuracy. By continuing developing these skills and practicing scrimmages, the team is able to gradually strengthen their team bonding, getting closer and closer toward achieving a winning game.