The multigenerational impact of grandparents 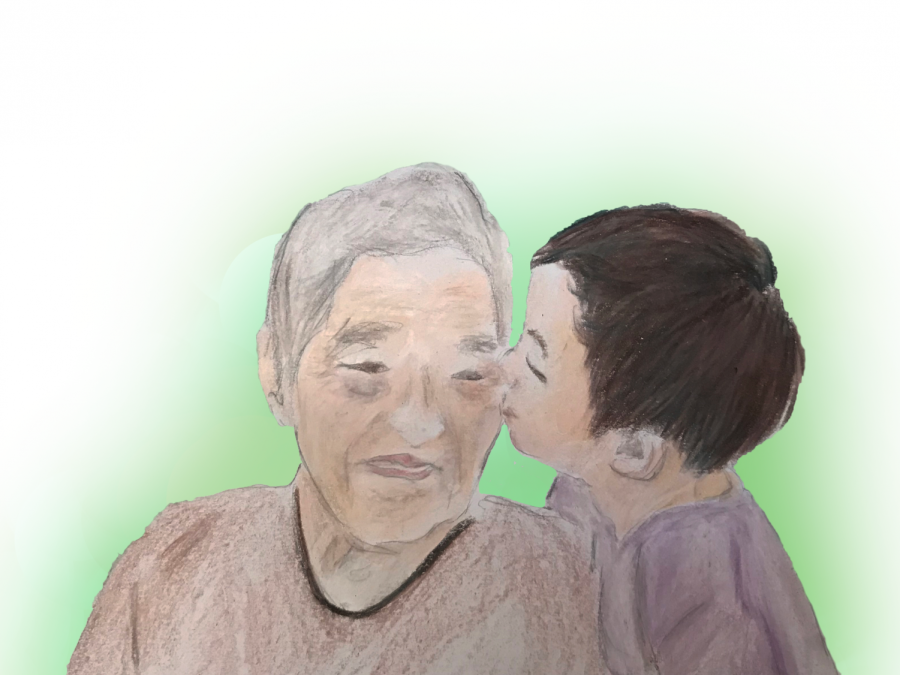 Grandchildren are not always close with their grandparents. But junior Faizah Asif’s grandmother is her best friend.

“I’m the closest with my grandma, my mom’s mom,” Asif said. “We do a lot of things together. We play games together. I used to play all my favorite video games with her when I was younger and even now. We would watch TV shows together, cook together and basically do everything together. I’m close to both my parents, but I bond with [my grandma] in a different way.”

From an evolutionary perspective, grandparents have always helped a family survive. Grandparents, specifically women surviving past menopause, helped mothers forage for food and therefore reducing the number of child deaths. This meant that those with genes helping them survive for longer would be favored in natural selection, leading to children with longer lifespans. This is known as the “Grandmother Hypothesis,” a concept proposed by evolutionary biologist William Hamilton in 1966 that gained momentum in the 1980s through data collected by anthropologist Kristen Hawkes. A 2017 study in journal Developmental Neurobiology supports the benefits of grandparent-grandchildren relationships, especially since grandparents are often experienced with raising children, having raised the parents themselves.

One might think that because of their new roles, grandparents today play a smaller role in their grandchildren’s lives. In fact, grandparents actually play a more significant role due to longer lifespans and decreasing family sizes, which allow grandparents to spend more time with their grandchildren. According to Census Bureau data published in 2013, more than 10 million children in the U.S. are supervised by grandparents at least once a week. This includes a quarter of children under the age of five and 14 percent of children between the ages five and 14. A 2014 study published in The Gerontologist shows that the presence of grandparents has been shown to decrease emotional and behavioral problems, and help grandchildren cope with traumatic events.

“When I was younger, I used to have a bad temper, and when that happened, my grandparents would tell me that if I could control it, I would be calmer,” said freshman Andrew Caldwell. “The advice they gave has definitely helped me, and these days I do not get angry as often.”

Grandparents also provide grandchildren with intergenerational perspectives through telling stories of family history. These stories, which share both the good and the bad times, show children how to overcome setbacks and how to build resilience.

“[My grandma is] always talking to me about working hard and not depending on anyone,” Asif said. “That’s big for her because once she turned 18, her dad passed away, so she had to step up for the family. She stopped going to college, and then went out and earned money for her family. After a few years, she finished her education as well. She went through many problems in her life, so when she sees that we have good opportunities, she always reminds us to work hard.”

“I see a lot of families around [the Bay Area] where the parents are working a lot, especially since the cost of living is so high,” said Stanford professor and grandparent Heidi Feldman. “You have both parents working maybe multiple jobs, so it’s nice if a grandparent is the person at home. When I go [to visit my grandchildren], I often just have them to worry about, and I don’t try to get much work done. So, that makes for a really nice and close relationship.”

However, the researchers noted that this is not conclusive. In cases of absent parents, grandparents have to raise grandchildren alone, so grandparents may suffer from medical and emotional stress. According to a study by the University of Nevada, more than 40 percent of grandparents in these situations have economic needs that are unmet. This takes a toll on their health; grandparents are prone to experience depression, emotional and chronic health problems.

Even when both grandparents and grandchildren are put through many hardships when in their relationship, they cherish the bonds that they make. They feel needed and happier and at the end of the day, that is what matters the most.