A look at why people buy into conspiracy theories 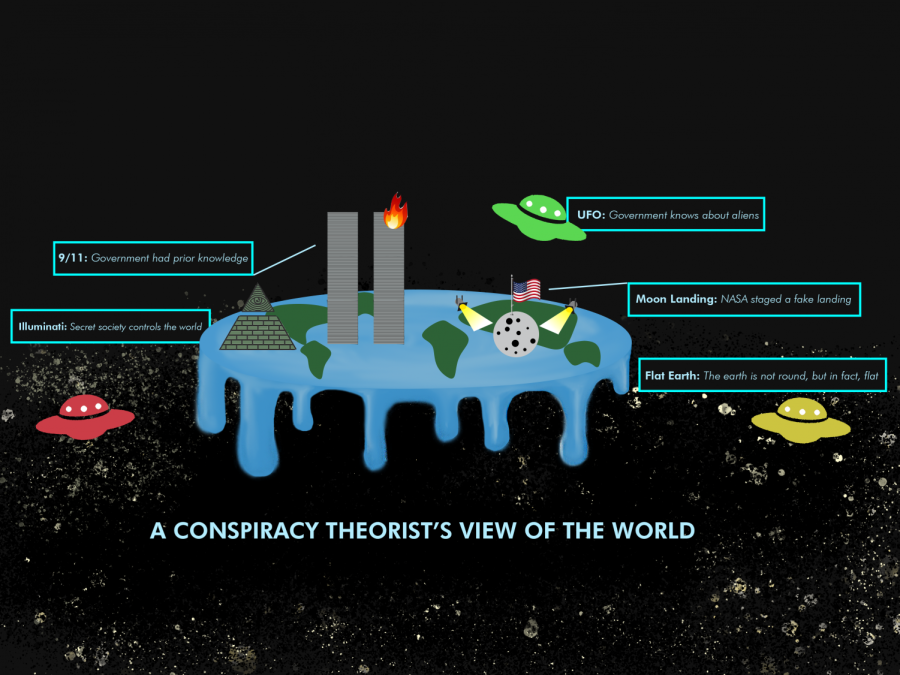 In the days following 9/11, many Americans were quick to blame Al Qaeda and affiliated terrorist groups for carrying out suicide attacks that devastated the nation. Others censured the Bush administration. On the other hand, “truthers,” better known as conspiracy theorists, believe the destruction of the World Trade Center was an inside job orchestrated entirely by the federal government to justify the subsequent wars it later waged in Afghanistan and Iraq.

Such speculation is just one example of the many widely believed conspiracy theories today. That global warming is a hoax or that NASA faked the moon landing are other popular conspiracy theories. Although these theories all tackle different subjects, a common thread throughout each is that they take on a cynical stance of the world. In fact, according to Scientific American, certain traits such as suspicion and mistrust, especially of authority, have been linked to those who entertain conspiracy theories.

“Some people that are obsessed with conspiracy theories are not comfortable with the world as it is presented to them, so they try to find an alternative that fits the way they want to see the world,” said Jesus Jimenez, the Educational Opportunity Program Coordinator at San Jose State University.

Despite how infrequently these issues are discussed, belief in conspiracy theories is fairly widespread, with as much as 63 percent of registered American voters believing in at least one political conspiracy theory, according to The New York Times. By and large, people gravitate toward conspiracy theories that affirm their political views. Democrats are more likely to believe that Trump colluded with Russia during his campaign, while Republicans are more likely to believe that climate change is a hoax and that Obama was not born in the U.S., a conspiracy also known as the Obama “birther” theory.

In recent years, not only have new conspiracy theories emerged, but also they have been

“I got into conspiracy theories mostly because I found them interesting to read, and they offered a cool, new perspective on the way I view things,” said sophomore Amanda Song. “The creativity that goes into coming up with them is fascinating to me.”

Instagram accounts that are specifically designed to share conspiracy theories have been on the rise, some with as many as 2 million followers. Some YouTubers, such as Shane Dawson, have chosen to dedicate parts of their channels to expounding conspiracy theories.

“I enjoy watching [Dawson’s] videos because the content relates to things that have a large influence in our lives, such as the conspiracy theory of Apple recording everything from our phones,” senior Ishika Kamchetty said.

While following or believing in conspiracy theories provides the benefit of questioning one’s surroundings and viewing things from new perspectives, mere exposure to the theories can lead people to become disengaged from pressing political and social issues. For instance, the Scientific American reports that those who were told that global warming is a hoax were more reluctant to implement behavioral changes such as reducing their carbon footprint.

From the disappearance of Malaysia Airlines flight MH370 to the formula Coca-Cola uses in its drinks, a vast range of conspiracy theories can provide explanations to unanswered questions. Conspiracy theories allow individuals to see the world in a new light and explore new perspectives. At the same time, they may perpetuate cynicism and restore a false sense of certainty and control in a tumultuous, unpredictable world.