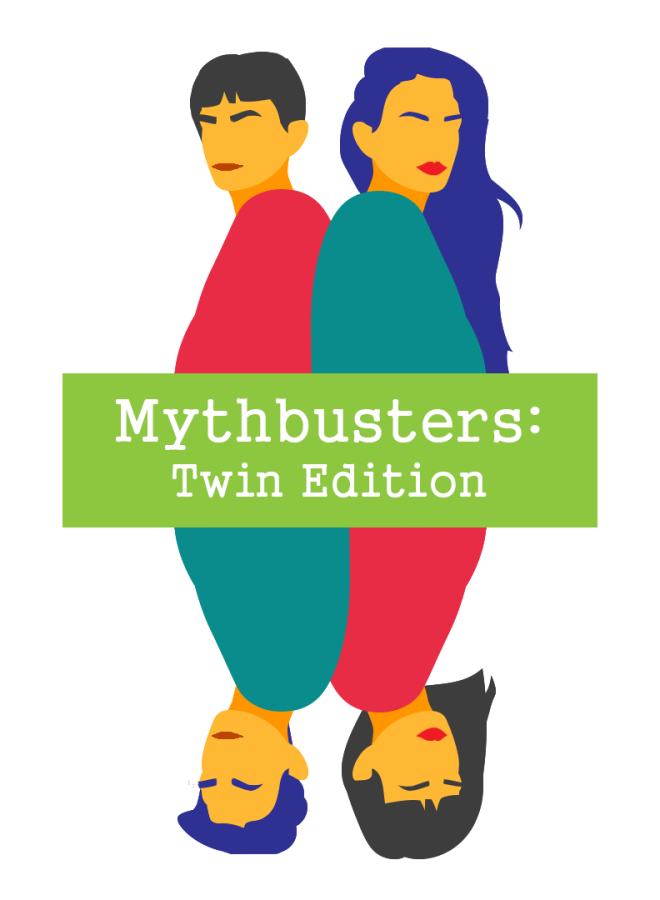 It is estimated that only 3 percent of the population are twins, according to the Atlantic, leaving those who are not part of that small percentage wondering what it is like to be a twin. To bring to light what being a twin is actually like, four sets of Lynbrook twins share their stories.

Twins are known for being constantly compared, and fraternal freshmen twins Aref and Aseem Anwar have heard it all.

“People compare our height difference and different interests because Aseem likes wrestling, and I like track and field,” Aref said. “He is shorter and stronger, while I am taller and faster.”

Aref and Aseem, want to be treated as individuals. Characterizing twins as pairs with similar interests and personalities can diminish their individuality.

“I wish people knew that twins aren’t much different from regular siblings,” Aref said. “We just are siblings, except we can help each other more because we are the same age.”

On the other hand, being twins allows Aref and Aseem to help each other out more often. At school, they learn about similar topics at the same time. At home, they give each other for emotional support.

“I can rely on my brother when there is tension between our parents,” Aref said.

Aref and Aseem do not have a relationship that is drastically different from a typical sibling relationship; however, being the same age brings them closer as they are always able to support each other.

“We did everything with each other,” Claire said. “So, I wanted to be better than [Francis] to prove that I was superior.”

However, their relationship changed after they developed a stronger bond. Claire and Francis abandoned their contests, and their competitions became more playful.

“Before, I wanted to be better than my twin,” Claire said. “But now, we just jokingly make fun of each other.”

Claire and Francis have very different interests. Claire is passionate about mathematics and enjoy solving math problems for fun. Francis, who is drawn to history, likes to spend his spare time reading about history.

Interestingly, this difference has been beneficial for their academics as well. Claire says that she is often influenced by people she spends time with, so she became more interested in history because of Francis. Claire and Francis are very different in personalities and interests, but their relationship has evolved from competitive interaction to a positive influence on each other.

Twins always have each other to talk to and rely on, especially when facing tough challenges. Fraternal junior twins Anish and Ananth Pilaka faced many ups and downs as twins, but have always been there to offer support.

“I’ll just try to tell good things about [Ananth] to other people, trying to have his back,” Anish said. “There are times where he’s done the same for me.”

People also expected both Anish and Ananth to be good at sports and play at the same level. Anish was just figuring out his own interests, but by constantly being compared to his brother, people started criticizing him. At hard times like these, the twins were supportive of each other.

“You never feel alone,” Ananth said. “It is unlikely that both of us will feel sad at the same time, so we can lift each other up whenever we can.”

Being a twin can have a positive impact on social life. Many twins take pleasure from each other’s company and interact with each other’s friends, which can allow twins to have a larger pool friends.

Fraternal senior twins Jodie and Jada Lee consider their relationship to be similar to that of other siblings. The only difference to them is that they may be closer than other siblings due to being the same age.

“[Having a twin] is just like having another member in the family,” Jodie said. “It is like any other sibling relationship, just that we are in the same grade.”

Jodie and Jada were in separate classes when they were younger, so that they would have different experiences.

“When we were in elementary school, we were put in separate classrooms to become more independent and not rely on each other for everything,” Jada said.

Establishing independence from a young age helped them develop their own personalities and make their own friends.

“It’s fun to hang out with our groups of friends since they know us the best,” Jada said. “They know one of us, so they usually get to know the other twin.”