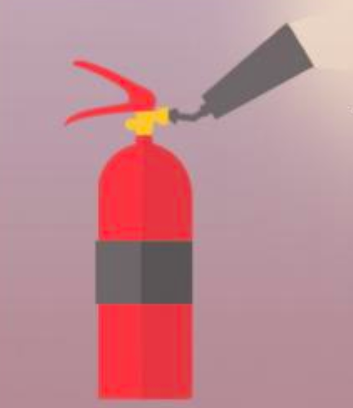 As students left for school in late November, parents reminded them to stay indoors as much as possible to protect themselves from the harmful smoke caused by recent wildfires. However, the most tragic destruction occurred with the outbreak of three separate fires in California on Nov. 8. The Camp Fire in Paradise became the deadliest fire in California history with a death toll of more than 85, nearly 700 missing and more than 9,700 homes destroyed, while the Woolsey Fire in Los Angeles County killed at least three people and destroyed about 1,500 structures. It is easy to blame environmental causes for the wildfires, such as rising temperatures or prolonged drought conditions. However, human factors such as open-fire burnings and electrical equipment are the most common causes of wildfires, causing behind 1.2 million out of the 1.5 million fires recorded in California’s databases. Unlike other natural disasters, most fires are caused by people, and can therefore be prevented by people.

Definitive causes of the California fires have not yet been determined, but what seems like an unfortunate natural disaster left traces that point to human factors as the cause. State officials suspect that the Pacific Gas and Electric Company’s (PG&E) power lines and poles were responsible for the Camp Fire, as revealed by a high voltage power line that stood near the area where Camp Fire started.

According to National Park Service, only 2 percent of wildfires are due to natural causes like lightning, while 98 percent are linked to human factors such as open-fire burnings, arson and unmanaged forests filled with burning debris. There are countless ways people can start wildfires whether intentionally or unintentionally.

Therefore, local and federal governments should take more preventative measures. Although there are state laws limiting open-fire burnings under certain weather conditions, such as strong winds or warm air, the rules should limit the burnings further. The current rules for open-fire burnings in Paradise, California, allow barbequing, outdoor fireplace and warming devices year round. Instead, these should be banned during the vulnerable fire seasons of summer and fall.

Furthermore, in the event of a fire, the government should use a reliable communication system that warns people in a more timely manner while providing immediate life-saving information such as evacuation routes. According to the California Department of Forestry and Fire Protection, when evacuation orders are issued, residents typically have hours to evacuate. However, victims of the Camp Fire did not receive a warning until the fire had already begun destroying their homes.

“Four years ago, during a fire outbreak, my friend was at school when her dog and mom were at home,” said sophomore Aashna Patel, who lives in San Diego, near where fires constantly break out. “They couldn’t evacuate in time when their house began to burn down. Their dog died in the fire because they couldn’t get him out in time. It was super stressful and heartbreaking.”

Additionally, more refuge for fire victims should be established. In Paradise alone, more than 52,000 people were driven out of their homes, and thousands of people in Butte County were packed into the shelters. Some evacuees stayed with friends and families while others had to set up tents outside of parking lots. The nearest hotels were hours away and did not have any vacancies, and nearby shelters were full.

“It was very scary learning that my uncle and his elderly dad was lost for a couple of days when the Camp Fire broke out,” said freshman Melanie Christiansen, who lives in Discovery Bay, near where Camp Fire broke out. “They had to flee to my uncle’s cousin’s house because the fire was surrounding them, and it’s where my uncle and his dad stayed while they were lost.”

In addition to allocating more funds to building more shelters, the government should provide more medical aid to treat the ill. In the case of Camp Fire, the contagious norovirus disease, which causes excessive vomiting and diarrhea, broke out in overcrowded shelters. This virus spreads through contaminated food, water and sick people, and is especially common when many people are grouped together. The overcrowding in hospitals made it difficult for the ill to receive the immediate medical aid they needed.

Above all, fire prevention should start with fire education. In order to prevent devastating tragedies like the Camp Fire, the federal government should work with the local government to raise awareness of fire hazards by educating the public on the causes and outcomes of wildfires, as well as evacuation procedures to take in the case of a wildfire. Fire safety education could come in various forms, including social media campaigns, school programs, fair exhibits, posters, flyers and radio and television appearances.

Ultimately, it is the citizens’ responsibility to be aware of state laws regarding fire control and follow them accordingly to ensure public health and safety, especially in the case of a wildfire. No matter how many rules are enforced, they are pointless without the cooperation of the individual.

“Property can be restored, but lives can’t be,” Patell said. “The main problem with people not doing anything except broadcasting the issue is that no one is actually helping. People just know about it, and then move on.”

Unlike most natural wildfires, these three recent wildfires could have been prevented had the government take more effective measures. With so many lives lost to the California fires, the government should establish stricter laws and more extensive public education. At the same time, individuals are responsible for following rules and regulations. Together, people can take action to prevent tragedies like the Camp Fire, Woolsey Fire and Hill Fire from happening again.