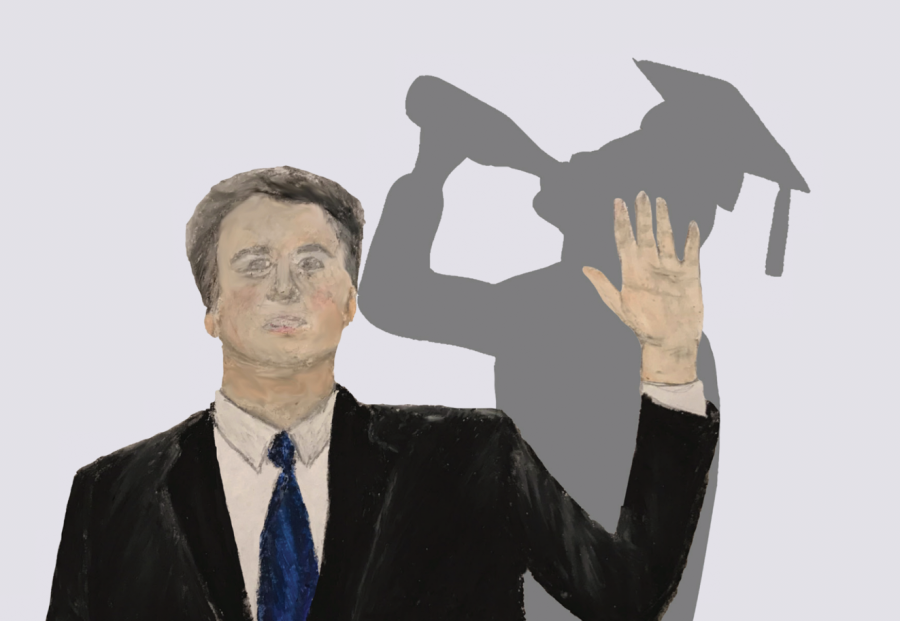 When Brett Kavanaugh was nominated for the Supreme Court in July 2018, media attention was relatively minimal. This changed, however, when Senator Dianne Feinstein revealed that she had received a letter detailing claims of sexual assault against Kavanaugh from a victim who preferred to remain anonymous. While the decades-old accusation left spectators across the country speechless, it provided a unique lesson for students: mistakes from high school and college can impose unprecedented implications on their futures.

Days after Feinstein’s revelation, the victim disclosed her identity and made her accusations public. Dr. Christine Blasey Ford shared her experiences via The Washington Post, claiming that Kavanaugh had assaulted her at a high school party in the early 1980s. Two of Kavanaugh’s classmates from Yale University, Deborah Ramirez and Julie Swetnick, also came forward with similar accusations. The confirmation hearing took place in September, a routine procedure that allows senators to interview nominees for the Supreme Court. After the hearing, the Senate Judiciary Committee requested that President Trump order a FBI investigation, which he opened on Sept. 28. During the investigation, proof that Kavanaugh had been a heavy drinker in high school and college surfaced.

“You hear your parents and teachers saying it all the time: don’t do anything you’ll regret in the future,” said sophomore Ibraheem Qureshi. “Now, it suddenly feels real; they may have a point. And now, with the addition of social media, everything you do is online. A lot of people are deleting their social media pages. They don’t want what they posted online in high school to be used against them.”

It may never be clear whether Dr. Ford’s allegations are true or not, but they have nonetheless left an ugly smear on Kavanaugh’s reputation. Even if the accusations of sexual assault are false, the investigation has exposed Kavanaugh’s rowdy behavior in high school and college, revealing that he may have been downplaying his alcoholism. Former classmates came forward with claims that Kavanaugh had been intentionally misleading with his testimony, referring to a 1985 bar brawl that ended with police intervention. Kavanaugh’s actions during high school may not be representative of who he is today, but he is still responsible for their consequences. Many claim that his heavy drinking in school proved that he was not qualified to be a Supreme Court Justice, while others argue that he was unqualified because he had lied under oath about his drinking problems.

For many students, partying is an irreplaceable part of the high school experience. However, teenagers’ ideas of having fun can often border on unsafe or downright dangerous.

“A lot of people think that having a good time is just doing what their friends are doing,” said senior Alicia Wu. “If there is something you enjoy that may come back to hurt you, you should work to change yourself. It’s not just about your record. Rather than something tangible, it’s more about your character; the decisions you make when you’re younger will shape who you become in the future.”

Still, high school and college students often make mistakes; it’s a part of the learning process. Since they are young and inexperienced, it is almost inevitable that they will make bad decisions. However, there is distinction between careless errors and crimes, and the latter may never be forgiven.

“There’s a line between kids being kids and being a bad person,” Qureshi said. “Most of the time when you make a mistake, people are going to hold it against you. You can ask for forgiveness, but you won’t always receive it. Sometimes, people realize that they were wrong, and they are trying to change for the better, but in some cases it’s not possible.”

Throughout the ordeal, witnesses and investigators across the country stepped in to unearth every piece of evidence about Kavanaugh’s student life. His actions during school posed a serious threat to his career nearly 35 years later. The same could potentially happen to any student, years from today. One seemingly insignificant mishap can have resounding consequences, and high schoolers should be careful to protect themselves from these unintended ramifications. This incident may lead students to monitor their own behavior more closely. On the other hand, it may simply convince students to put up a facade for the people around them.

“I don’t think that the Kavanaugh case is going to force anyone to change,” said World History teacher Nhat Nguyen. “Students might be really good at putting up a front for other people to see, but in private, they are still who they are.”

Adding on to the case’s complications, many have wondered whether evidence from so long ago can be considered an accurate representation of a person today. After all, people can change over the course of several years.

“High school is a really strange period of time for everyone,” Mr. Nguyen said. “It’s hard to see if it really reflects who a person is years later. We need to see if there is anything consistent, if there are any constants. One point in time doesn’t give you any progression, you need more data to see if they’ve changed over time.”

Whether or not a person changes, it is irrefutable that incidents from high school and college are now acceptable reasons for attacking public figures. High schoolers have been quick to realize that anything they say or do can be used against them. Students may refrain from going down the wrong path if they realize that bad decisions can keep them from accomplishing their long-term goals and aspirations.

“We don’t just live for the moment; we live for our futures and what we will become,” Wu said. “We all have hopes and ambitions. We have to keep ourselves in check with that, and use our goals as motivation to stay away from trouble.”

Despite the scandals, Kavanaugh was sworn in to the Supreme Court on Oct. 6. While we may never know whether or not Kavanaugh is guilty, his ordeal battling the ghosts of his past has brought high schoolers a sobering lesson: the past never stays buried.