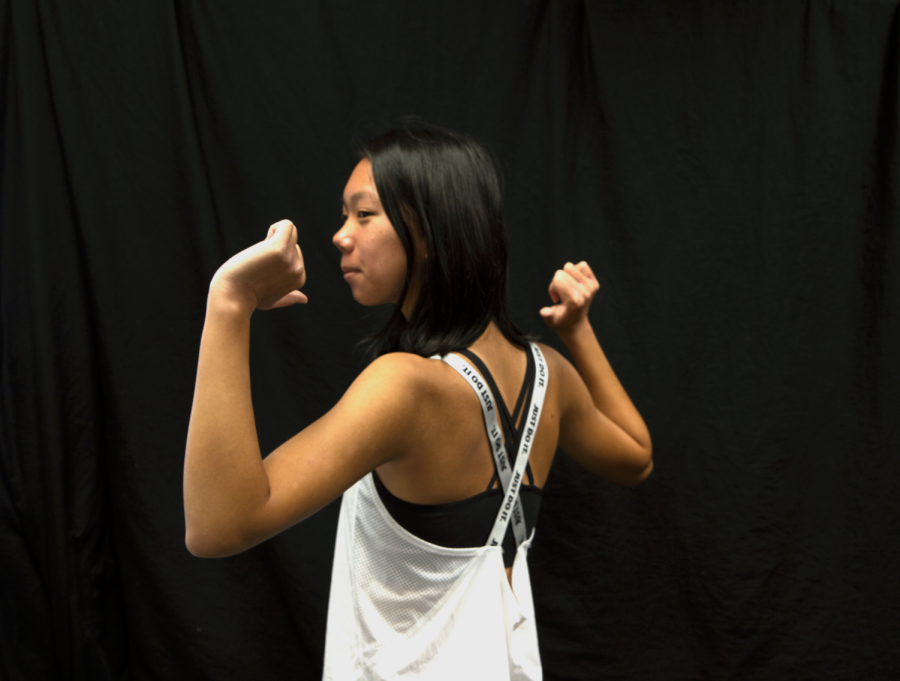 After years of having the same uniforms, the girls tennis team was excited for a change: new tank tops. We quickly placed orders to ensure that our uniforms would arrive in time for matches, not realizing that a white tank top with an open cut in the back would cause such a disruption. Without our knowledge, the Santa Clara Valley Athletic League girls tennis coaches had made a new rule that sports bras could not be seen when players wore uniforms.

Upon being told that our tops wouldn’t meet the cut, we scrambled to piece together the reasoning behind the uniform guidelines. When we asked about the rationale for the no sports bra rule, the response we received was feeble: “it just doesn’t look nice.”

We were frustrated. Granted, we should have run the uniforms by the school before ordering, but at that time, we were unaware that there was such a process in place or that the back of a simple sports bra would pose a problem. These days, it’s nearly impossible to find an athletic tank that doesn’t show at least a small part of a sports bra. More infuriating, though, was that the league coaches, who are predominantly male, had created this rule in the first place.

As I was now being prevented from wearing a tank top of my choice on court, I found myself confronted with the sexism that many female athletes have faced before. Just a few days prior, I had read about Serena Williams and how the French Tennis Federation president, disregarding the fact that her catsuit had been specially designed to help Williams with blood clots after her pregnancy, had stated that Williams’ catsuit would not be allowed at the French Open again because it was disrespectful.

Similarly, I related to Alizé Cornet, who was penalized for fixing her shirt on court in the middle of a U.S. Open match. During a break, Cornet had accidentally put on a shirt backward; upon realizing this, she took off her shirt to put it back on the right way and was subsequently issued a code violation. Although U.S. Open organizers later apologized for the warning, it is still appalling that Cornet was given a code violation for a simple action that any male athlete would have easily been allowed to perform.

As the uniform issue remained unresolved, I wondered about how such sexism could still exist in a world considered so forward-thinking as ours today. In response to the catsuit controversy, Williams sported a tutu at the U.S. Open, a tournament in which she also stood up for herself against a sexist umpire. In our own way, my team fought back as well by demanding for our rights to wear what we wanted.

Since we had already placed the order, our team was eventually allowed to use the tank tops as uniforms, but was given a warning that we should always run our uniforms by the school in the future. Our conflict was settled in a few days, but the issue of sexism toward female athletes, and women in general, remains.

In the 21st century, how can we prevent inspirational icons like Williams from wearing outfits of their choice? How can we subject top athletes like Cornet to unfair warnings for doing something that is considered acceptable for male athletes? How can I allow my teammates and myself to be told what we can or cannot wear while playing our sport? Something needs to change.

Ridding the world of sexism overnight is an impossible task, but we do have the ability to enact small-scale change. This season, my team will proudly wear our tank tops in the way Serena Williams wore her tutu, in defiance of those who wish to push a sexist agenda upon us. I hope that when I visit the girls tennis team next year, I won’t hear any complaints about uniform restrictions.