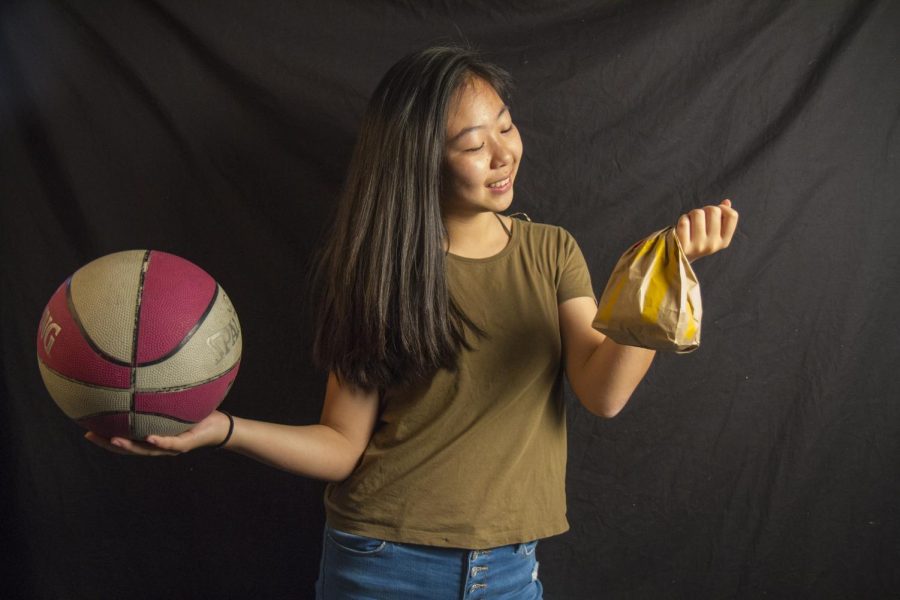 It is safe to say that anyone who even remotely knows me is aware that I am no athlete. Despite my lifelong wishes to be fast, strong or agile, I have never acquired any of these qualities during my fifteen years. In fact, I am one of the clumsiest people you will ever meet. Now don’t get me wrong—being unathletic isn’t a crime, nor is it something to be ashamed of, that is, unless said unathletic person has a brother who is fast, strong and agile. That’s right, I have an athlete as my brother.

Picture a family at a beach. The kids are playing, the mother is trying to slather them with sunscreen while the dad is recording the scene. In one specific recording, my brothers are racing each other on the shore, full of adrenaline. The camera pans over to the left, and there she is, a mini-me, slowly making her way along the shore, navigating around my brothers’ footprints to look for shells in the sand. That recording has come to be a pretty accurate representation of the relationship between my oldest brother, Clay, and me today. He was always out playing sports with his friends or challenging them to races. I, on the other hand, spent my time participating in less physically demanding activities such as reading or playing the guitar.

A well-rounded athlete, Clay had no trouble with athletics. While he was working out and training to run a marathon, the closest I ever got to a marathon was watching the full Fast and Furious film series to put off doing my homework. Throughout middle school and high school, my oldest brother, Clay, ran cross country and track. Outside of school, he would play basketball at Miller with friends. He was always at the top of his P.E. class and excelled in any sport he tried. Even in college, he did rowing as a freshman and ran every morning. I recall him coming home during Thanksgiving break, ready to work off the weight he would gain from the food our mother spoiled us with. My plans for break, on the other hand, starkly contrasted.

To say the least, P.E. has never been my favorite class. And running? Having to run circuits on block days is a heinous crime. I would much rather be in class writing equations or sketching layouts for the next issue of this paper.

Although it doesn’t bother me now, I won’t lie: I was often frustrated as the unathletic sibling. While I watched my brother free lance rock climb with ease, I couldn’t help but wonder why I wasn’t lucky enough to get even a fraction of his athleticism. With Clay being the oldest, my parents always held me to a higher standard of athletic capability: Why did I dread the mile when Clay viewed it with no big deal? I would ask myself that same question. The way I used to see it, athletes had it all. They were fit, received recognition for their talents and could form close friendships with their respective sports teams, becoming friends with people I would never get to even meet. Plus, their athletic achievements would be the icing on the cake known as college applications. In my case, the only heavy things I could lift were boxes and people—generally irrelevant to school or sports club life.

Now I can confidently say my point of view has changed. Am I an athlete now? No. Am I okay with it? Yes. I’ve gotten used to my body and its capacities. As for my brother, we tease each other all the time. He jokes about my two left feet and I feign the admiration of a gushing fan. We still wrestle and play basketball when he comes home to visit us, and when he wins, I just tease him and tell him it’s because he’s 5’6”. I’m content with the way things are, although I’ll never stop hoping one day I’ll wake up like The Flash.