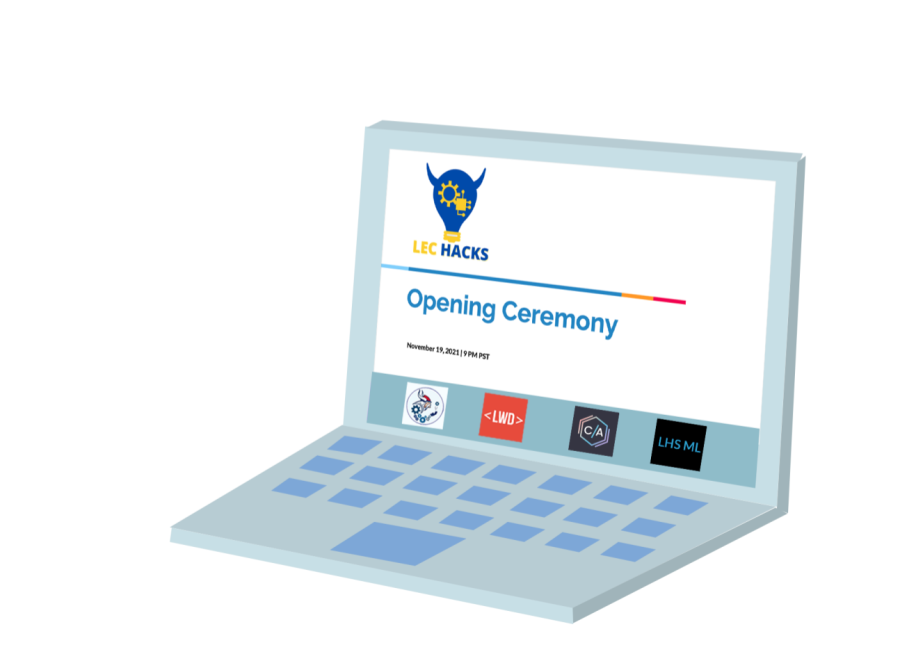 LEC Hacks’s organizers decided to host the competition over Discord, enabling competitors to easily communicate with teammates using voice chats, attend workshops through Discord Stages and receive announcements all in one platform. Since the event was virtual, the organizers opened the hackathon to students across the country.

“We opened registration two weeks early for FUHSD students as an incentive to sign up,” senior and Lynbrook Engineering Club Vice President Michael Florip said. “Since LEC Hacks is virtual, it makes it easier for students from other places to compete.”

LEC Hacks split their competition into five tracks, allowing competitors to choose which they were most interested in among the general, mobile apps, website development, hardware and machine learning tracks.

The hackathon began with an opening ceremony to welcome all competitors, which included a guide to the competition and icebreaker games like Skribbl.io. The second day was the heart of the competition, in which competitors attended workshops and collaborated on their projects with teammates.

“The competition was well organized, and the officers made sure competitors received all information necessary to compete,” said sophomore Aayush Talluri, who was one of four Hackathon winners. “They also provided workshops that were engaging and well-structured.”

On the second day, LEC Hacks started off with a workshop delivered by Machine Learning Club. The purpose of this workshop was to offer students a general overview of natural language processing.

“I was very excited when LEC Hacks invited me to teach a workshop about artificial life,” said senior Helena Su, who created the workshop. “I wanted more people to see how coding could be applied artistically and creatively instead of just technically.”

The day ended with a workshop from Web Development Club on making public apps on the internet, and from Command Tech, an internationally-based coding organization, teaching competitors about website design, respectively.

To plan such a large event within a short time frame, officers worked hard to create a website from scratch, contact companies for sponsorships, create agendas and reach out to potential judges.

“It was very time-intensive, especially in the beginning,” Florip said. “But overall, it was quite rewarding as everything ended up going well.”

The winners of the competition were announced on the second day of the competition. The first place team at LEC Hacks was team MoreCycle composed of Lakkapragada, Talluri, sophomore Soumik Sinha and sophomore Abhishek Nambiar. MoreCycle created a mobile app that determines an item’s recyclability based on a photo uploaded by the user. They did this by training a machine learning model on multiple datasets to differentiate between items that need to be recycled and trashed.

“Overall, the hackathon provided a very inclusive and enjoyable environment and provided me a chance to build more connections and make new friends,” Talluri said.